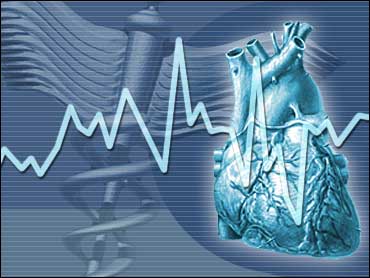 A 50-year-old smoker who has a history of high blood pressure and high cholesterol can expect to die a decade earlier than someone of the same age with none of these heart disease risk factors.

That is the finding from the widely respected Whitehall study, which followed more than 19,000 middle-aged men in the U.K. for four decades.

The study is one of the largest ever to quantify the benefits of stopping smoking and controlling blood pressure and cholesterol in terms of life expectancy.

"We were able to put a number on what can be achieved by dealing with these three main risk factors for heart disease during middle age," epidemiologist and study researcher Robert Clarke, FFPH, tells WebMD.

"The presence of all three of these risk factors in a middle-aged person is associated with a 10- to 15-year difference in life expectancy. The good news is these things can be controlled. We can all make changes to help us live a longer, healthier life."

The death rate from heart disease has dropped steadily since the late 1960s and early 1970s, when recruitment for the study took place.

This decline is largely attributed to a big drop in smoking and the wider availability and use of effective blood pressure and cholesterol-lowering drugs.

When they entered the Whitehall study, 42 percent of the men who took part were current smokers, 39 percent had high blood pressure, and half had high cholesterol.

Close to three decades later, when interviewed in 1997, two-thirds of the surviving men had quit smoking, and many also had improved their blood pressure and cholesterol levels.

Middle-aged smokers with elevated blood pressure and cholesterol were three times as likely to die from cardiovascular causes as men with none of these risk factors.

The researchers also concluded that:

"Men with these three risk factors were also twice as likely to die from causes other than heart and vascular disease.

"The life expectancy of a 50-year-old smoker with high blood pressure and high cholesterol was estimated to be 24 years, while a 50-year-old with none of the risk factors could expect to live nine additional years, to age 83.

"When other contributors to heart disease like obesity and diabetes were considered, the life expectancy of men with the fewest risk factors was 15 years longer than men with the most.

The study, which will appear in the journal BMJ, was published online Friday.

There were no women in the study, but Clarke says the impact of smoking, high blood pressure, and high cholesterol on life expectancy in women is probably similar to that reported for men.

"Women do survive longer than men, but that is largely explained by the fact that they have traditionally had fewer of these risk factors," he says.

Russell V. Luepker, MD, who is a professor of public health at the University of Minnesota, says the study reinforces the message that it is never too late to make meaningful lifestyle changes and add years to your life.

"We all will die eventually, but this study shows that people are likely to die later if they stop smoking and keep their blood pressure and cholesterol at healthy levels," he says.
By Salynn Boyles
Reviewed by Louise Chang
©2005-2008 WebMD, LLC. All rights reserved