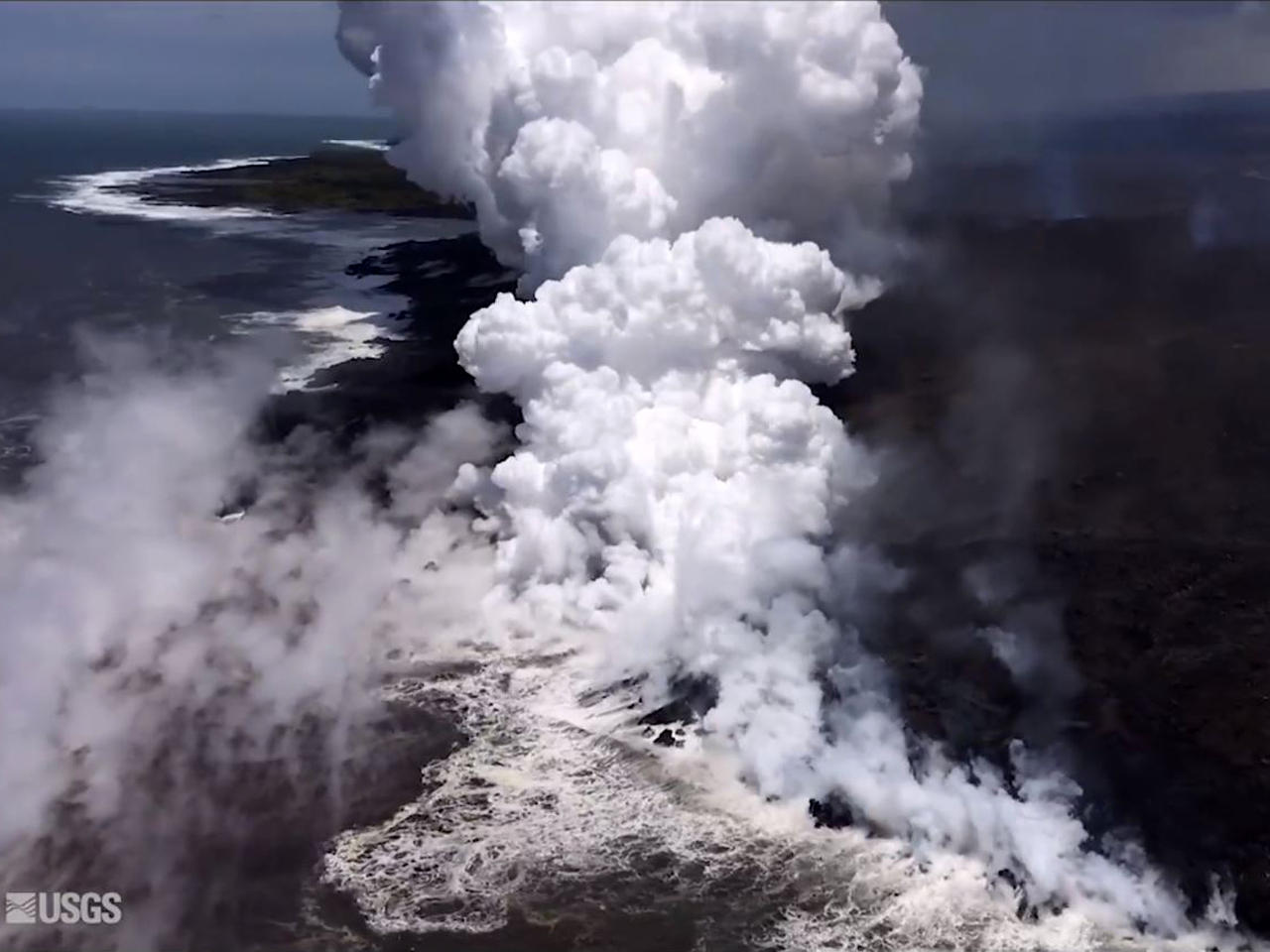 Aerial footage of the aftermath of the Hawaii volcano eruption shows what happens when ocean water splashes onto molten lava. The U.S. Geological Survey posted video to Facebook this week showing explosions when waves from the Pacific hit lava from the Kilauea volcano on the coastline of the state's Big Island.

The combination sends up a cloud of steam, hot water and tephra, or "molten splatter," according to the federal agency.

The mixture of ocean water and lava also produces a toxic cloud called laze that the agency says can irritate people's eyes, lungs and skin.

The aerial footage the agency posted to Facebook was recorded around midday Monday.