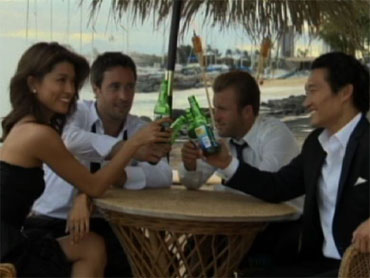 When the original "Hawaii Five-O" debuted, it changed the way television was done -- the series aired for 12 years and it ushered in a new type of crime drama. Well, tonight, it starts all over again. "Hawaii Five-O" is back -- and it has gotten a makeover of sorts.

Check out Price's exclusive interview with the good-looking cast who's ready to solve crimes in paradise -- while looking amazing doing it!

"The Early Show" also brought a bit of the beach to plaza with a little "Hawaii Five-O" trivia where Price gave away a "Hawaii Five-O" surfboard to one lucky audience member.