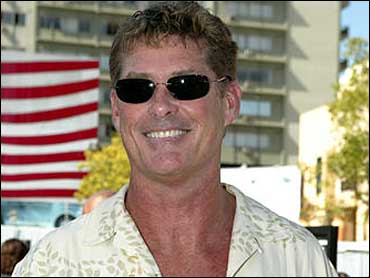 Actor David Hasselhoff pleaded no contest Thursday to a charge of driving under the influence and was ordered to enroll in an alcohol program for six months.

The plea was entered by an attorney on behalf of Hasselhoff, who did not appear in court.

Hasselhoff, 52, was arrested in June and charged with driving with a blood-alcohol level of 0.08 percent or greater.

In 2002, Hasselhoff checked himself into the Betty Ford Center for treatment of alcoholism.

He is best known for playing lifeguard Mitch Buchannon in the long-running "Baywatch" TV series. He also starred in the 1980s television show "Knight Rider."