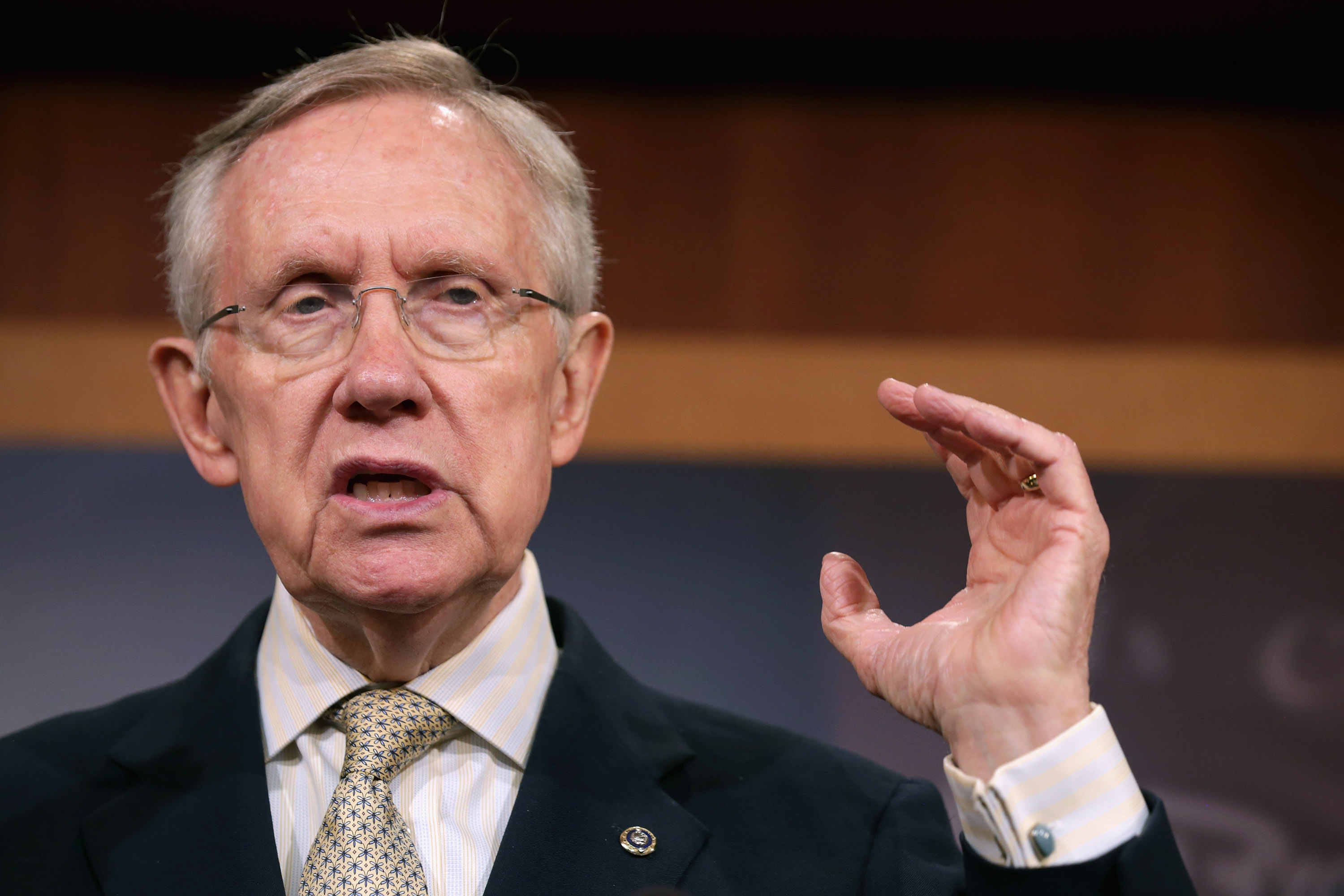 Sen. Harry Reid, D-Nevada was discharged from a Las Vegas hospital on Friday following treatment for injuries he suffered during an exercise accident at his home in Henderson, Nevada, his spokesman told CBS News.

According to Reid spokesman Adam Jentleson, the senator left the hospital on Friday afternoon to head back to his home. Reid plans to return to Washington this weekend, and he'll go into work on Monday.

Reid was injured Thursday when "a piece of equipment Senator Reid was using to exercise broke, causing him to fall and break a number of ribs and bones in his face," according to a statement released by Reid's office.

Reid was treated at the University Medical Center in Las Vegas. The statement said Reid's doctors expect the senator to make "a full recovery."

"Senator Reid was first brought to St. Rose Dominican Hospital in Henderson by his security detail. He was then transferred to UMC for further testing, where he was admitted overnight as a precaution," the statement read.

President Obama called Reid from Hawaii to wish him "a full and speedy recovery," a White House spokesman said Friday.

"The President was glad to hear the Leader is doing well, and will be back in Washington this weekend," said spokesman Eric Schultz.

"Thanks to everyone for the warm wishes," Reid tweeted on Friday. "I'm ready to get back to work."