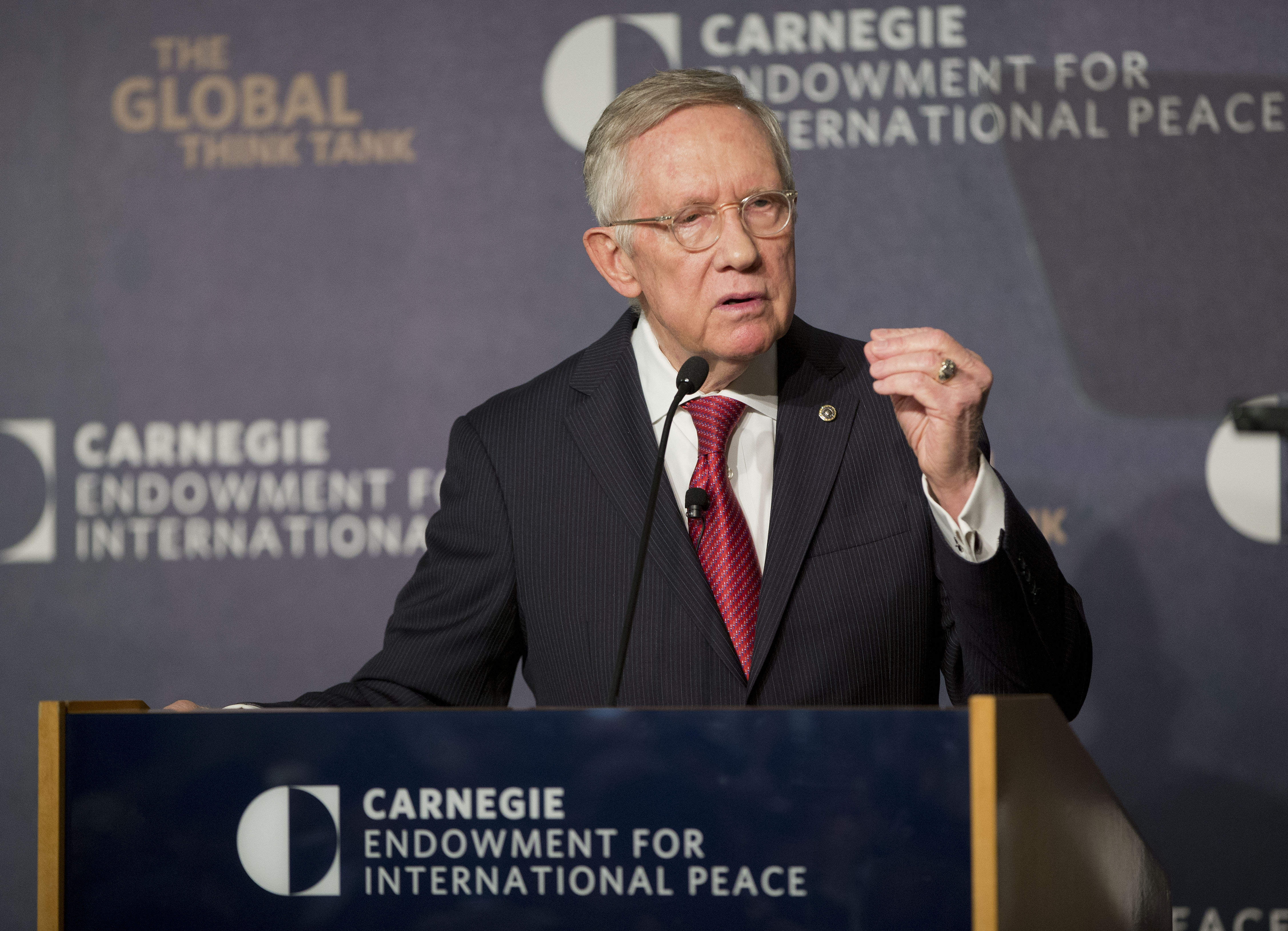 In his last few months in the Senate, Minority Leader Harry Reid, D-Nevada, isn’t pulling any punches -- especially after the recent revelations by FBI Director James Comey that more emails were found that could be related to the Clinton email probe.

The pugilistic Reid, who plans to retire after finishing out this term in Congress, penned a blistering letter to Comey Sunday, accusing the FBI chief of holding back “explosive” information about Donald Trump’s close Russian ties while possibly violating the Hatch Act by reviving the Clinton email investigation.

“Your actions in recent months have demonstrated a disturbing double standard for the treatment of sensitive information, with what appears to be a clear intent to aid one political party over another,” Reid wrote, adding that through Comey’s “partisan actions, you may have broken the law.”

The Nevada Democrat went on to insinuate Comey’s violation of the Hatch Act, which prohibits “activity directed towards the success or failure” of a candidate by executive branch employees.

“[Y]our highly selective approach to publicizing information, along with your timing, was intended for the success or failure of a partisan candidate or political group,” Reid wrote.

One example Reid posited of the “selective approach”: Comey’s methods in investigating Donald Trump and his campaign’s possible ties to the Russian government.

“In my communications with you and other top officials in the national security community, it  has become clear that you possess explosive information about close ties and coordination between Donald Trump, his top advisors, and the Russian government - a foreign interest openly hostile to the United States, which Trump praises at every opportunity,” he said. “I wrote to you months ago calling for this information to be released to the public...and yet, you continue to resist calls to inform the public of this critical information.”

Reid contrasted that with Comey’s approach to his public handling of emails from a computer used by top Clinton aide Huma Abedin and her estranged husband Anthony Weiner, which could be related to the Clinton email probe.

“Your rushed to take this step eleven days before a presidential election, despite the fact that for all you know, the information you possess could be entirely duplicative of the information you already examined which exonerated Secretary Clinton,” he said.

For the agency’s part, the FBI believed that because of the increased scrutiny over the Clinton probe, Comey’s options were limited in alerting Congress. Comey had previously pledged to inform the legislative body of any further developments in the case, even after the investigation was completed.

The FBI director has taken heat from his own department because of his unprecedented comments about an ongoing investigation, with his superior, Attorney General Loretta Lynch, recommending against his actions to notify Congress.

Reid closed his letter with a reminder that he had once “been a supporter” of Comey’s, even back when Republicans filibustered his nomination as FBI chief.

“I led the fight to get you confirmed because I believed you to be a principled public servant,” Reid concluded. “With the deepest regret, I now see that I was wrong.”