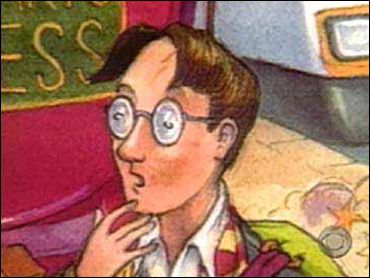 Setting the stage for another round of midnight bookstore parties and marathon readings into the morning, the penultimate novel in J.K. Rowling's mega-selling series, "Harry Potter and the Half-Blood Prince," will go on sale 12:01 a.m. on July 16 in the United States, Britain and four other countries, publishers said Tuesday.

Rowling, 39, noted that while she is pregnant with her third child, she has had the time "needed to tinker with the manuscript to my satisfaction and I am as happy as I have ever been with the end result. I only hope you feel it was worth the wait when you finally read it."

The book will also be published July 16 in Canada, Australia, New Zealand and South Africa. With the previous works available in 62 languages, many, many other countries are sure to follow.

"J.K. Rowling has written a brilliant story that will dazzle her fans in a marvelous book that takes the series to yet greater heights," said a joint announcement by Nigel Newton, chief executive of Bloomsbury Publishing Plc in England, and Barbara Marcus, president of Scholastic Children's Books in the United States.

The announcement not only pleased Rowling's millions of followers, it also delighted the markets — who rewarded the book's publishers amid expectations of huge profits.

In London, Bloomsbury shares surged 7 percent to a new all-time high of 2.94 pounds ($5.69). Sales of Harry Potter titles have provided the company with a significant boost in the past, although in September it said the absence of a new Rowling release this year had held back its annual rise in profits to 4.5 percent at $7.16 million.

The news should be celebrated by Rowling's millions of fans and by the struggling publishing industry. Competition for sales began almost immediately, with Amazon.com and the superstore chains Barnes & Noble, Inc. and Borders Group, Inc. announcing 40 percent discounts on the book's $29.99 suggested retail price. By Tuesday, "Half-Blood Prince" was already No. 1 on Barnes & Noble.com's best seller list and was in the top 10 on Amazon.com.

"Sales from the last Harry Potter book grossed as much as a major Hollywood movie in its first week of release," Steve Riggio, chief executive officer of Barnes & Noble, Inc., said in a statement Tuesday.

"We expect this next book in the series to make publishing history once again. We've already collected 500,000 e-mail requests from our customers waiting to be notified of the date of the next book so this announcement is very welcome news for readers everywhere."

The retail price is the same as for Potter V, even though Rowling has strongly hinted she will not approach the industrial-sized 870 pages of "Order of the Phoenix." In an earlier message on her web site, she stated, "According to the plan for book six, it will be quite a bit shorter than 'Order of the Phoenix'. I am not going to swear on my children's lives that that is going to be the case, but I am 99% certain of it."

About 260 million copies of the fantasy series, which debuted in 1997, have sold worldwide, and "Order of the Phoenix" sold an astonishing 5 million copies in the U.S. alone within 24 hours of publication, generating as much money as the top Hollywood release of that weekend, "The Hulk."

Sales have remained phenomenal even as Rowling's books have grown longer and darker, reflecting the boy wizard's maturation into adolescence. The first three Potter books have been made into hit movies and inspired countless Potter paraphernalia, including candy, cakes, capes and toys.

Rowling has already said one of the main characters won't survive Book Six, reports CBS News Correspondent Steve Holt, but beyond promising Harry will be OK, the author's lips are sealed. She has refused to say whether Harry will survive the seven-book series and reach adulthood.

Only recently, the book's completion seemed far away.

In a message posted Dec. 10, Rowling said she had nothing "noteworthy to report, because I have been spending nearly all my time sitting in front of my computer writing, rewriting and taking the occasional break to bang my head off the desk in frustration or else rub my hands together in fiendish glee (I think the latter has happened once)."