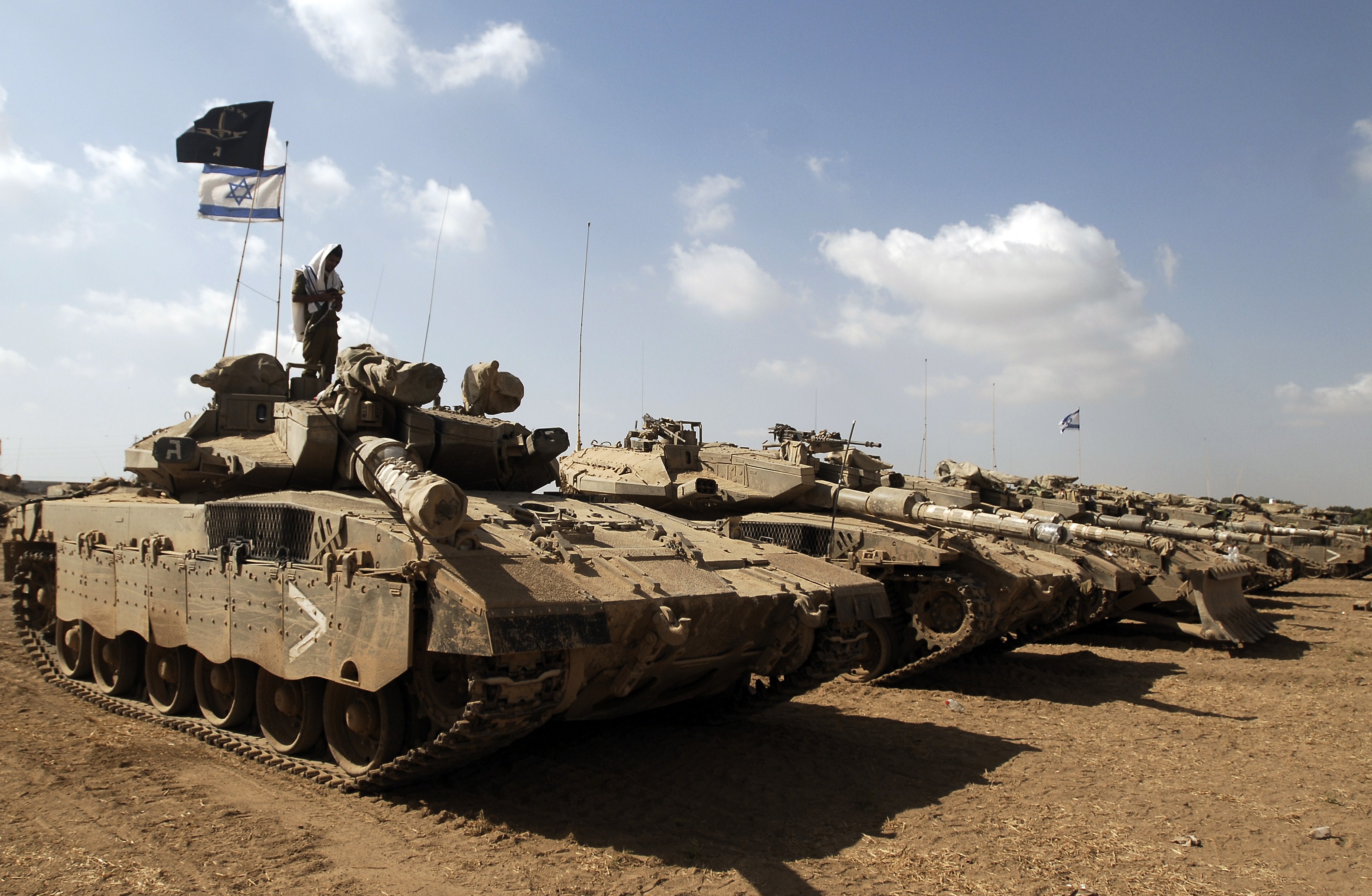 JERUSALEM -- An Israeli Cabinet minister warned Thursday that Israel will respond if Hamas resumes fire after a temporary truce expires in the Gaza Strip.

The statement, along with Hamas' earlier threats, signals that both sides are digging in their positions - presumably to secure best terms for a deal -- as negotiations continue in Cairo on a lasting truce and reconstruction for the war-battered coastal territory.

However, the two sides remain far apart and far from anything resembling an agreement. Israel wants the Islamic militant group, which runs the Gaza Strip, to disarm, or at least ensure it cannot re-arm, before considering Hamas' demand to lift a crippling blockade that was imposed by Israel in 2007 and later enforced by Egypt as well.

The temporary 72-hour truce, agreed to by both sides, went into effect on Tuesday morning, which helped launch the talks in Cairo. Israel and Hamas are under heavy international pressure to extend the cease-fire to allow more time for negotiations.

"We are preparing for any situation and if they resume fire, the military will resume operations," Israeli Cabinet minister Gilad Erdan told Israel Radio.

He said that, in principle, Israel does not oppose Gaza's "economic rehabilitation," but said the strip's demilitarization was a key priority for Israel.

Hamas has also dug in, sending warnings that the cease-fire may not be extended unless there is progress on its demands.

Hamas leader Moussa Abu Marzouk said Wednesday evening that so far, there has been no deal on extending the truce. Izzat al-Rishq, a senior Hamas member, told the Palestinian news agency that Hamas would condition any extension to the cease-fire on progress in the talks.

President Obama said Wednesday that long-term stability in Israel and the Gaza Strip would come slowly and require leaders in the region to take political risks for the sake of peace and prosperity.

Why Palestinians are facing possible eviction in east Jerusalem
More

Speaking in Washington, Mr. Obama said the short-term U.S. goal for Gaza was for the temporary cease-fire to continue without being violated before it expires on Friday.

He maintained that Israel has the right to defend itself from rocket attacks and terrorist tunnels into its territory by Hamas, but also stressed that Gaza could not "sustain itself permanently, closed off from the world," an apparent nod to the demand for Israel to ease the eight-year blockade of the territory.

Highlighting the wide gap between the sides, a Palestinian official briefed on the talks in Cairo said he did not expect Israel's demand for disarming Hamas to be accepted.

"Nobody accepts demilitarization of the weapons in Gaza while the Israeli occupation is continuing and the siege on Gaza is continuing, and the crimes against our people are continuing," said Wasel Abu Yousef, stressing that he was expressing his personal view.

Palestinian officials say nearly 1,900 Palestinians have been killed in the month-long fighting, three-quarters of them civilians, according to the United Nations. Israel says some 900 Palestinian militants were among the dead. Sixty-four Israeli soldiers and three civilians in Israel have also been killed.

One of the triggers for the current round of Israeli-Hamas confrontations was the abduction and killing of three Israeli teens in the West Bank in June, which Israel blamed on Hamas. Israel subsequently carried out a massive ground operation in the West Bank, arresting hundreds of Hamas operatives as part of a manhunt. And in early July, an Arab teenager was abducted and burned alive by Israeli extremists in an apparent revenge attack. Six Jewish Israelis were arrested in that killing. Also, militants in Gaza unleashed barrages of rocket fire on Israel.

The war started on July 8, when Israel launched airstrikes that it said were aimed at stopping the rocket fire. The operation - dubbed "Protective Edge" - was expanded on July 17 when Israel sent in ground forces to destroy a network of tunnels it said were used by militants to stage attacks inside Israel.

In details emerging from the fighting, Hamas' military wing said in a statement late Wednesday that 23 of its fighters had been found alive after being trapped for nearly three weeks inside an underground tunnel attacked and sealed in an Israeli strike.

The militants had staged attacks against Israelis before they became trapped. They survived on water from an underground spring and dates. Hamas said bulldozers freed them on Wednesday.