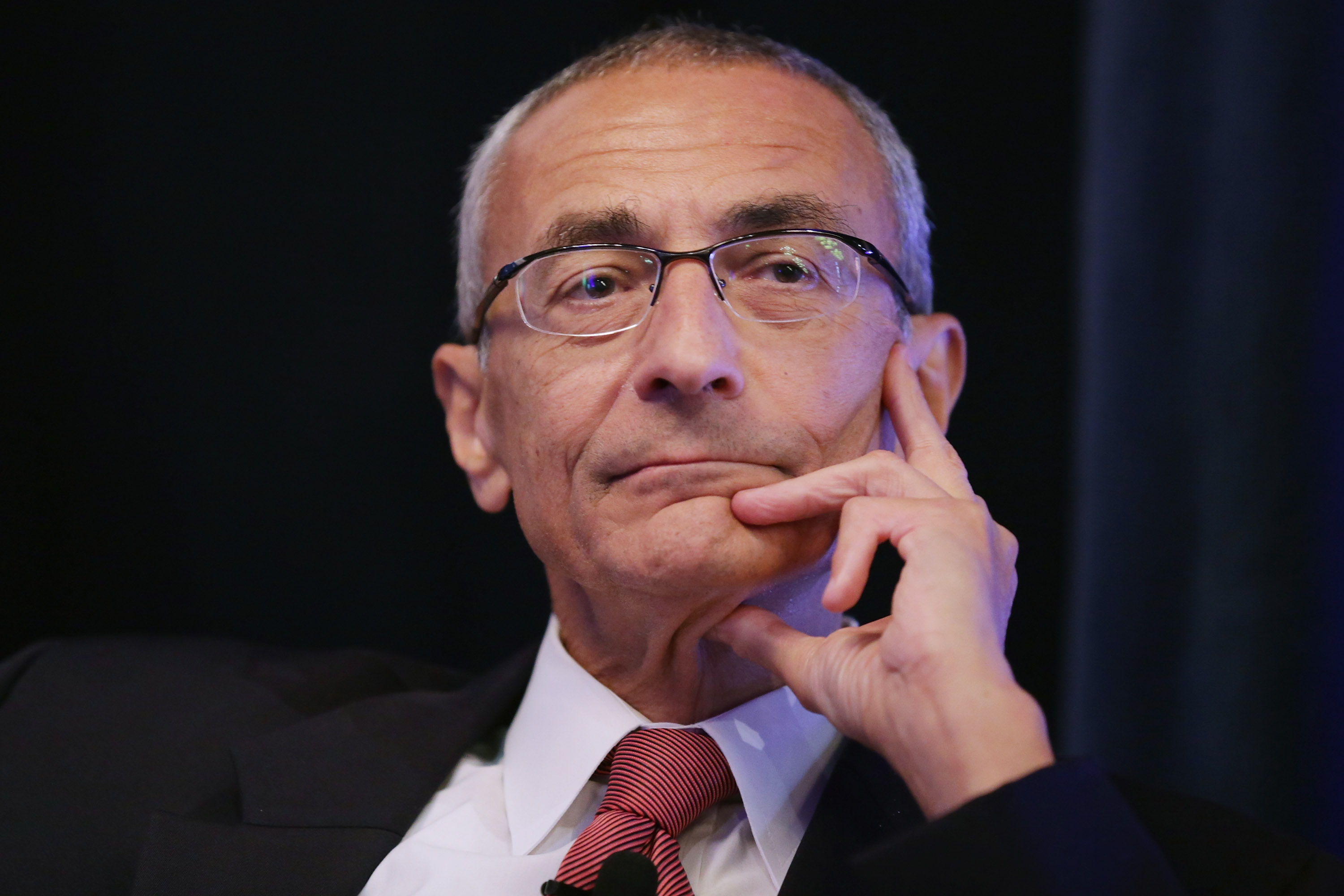 Tuesday’s WikiLeaks release of John Podesta’s personal emails, obtained through cyber hacking, included one from John Podesta to Hillary Clinton that contained a long list for vice presidential candidates and one in which Podesta calls Bernie Sanders a “doofus.”

The list was compiled by Podesta and Clinton’s top advisers. “I have organized names in rough food groups,” he wrote.

The white male contingent was made up of a few senators -- Michael Bennet, Sherrod Brown, Tim Kaine, whom Clinton eventually chose to be her running mate, Martin Heinreich and Chris Murphy, as well as Virginia Gov. Terry McAuliffe, who is an old Clinton friend going back decades, and Agriculture Secretary and former Iowa Governor Tom Vilsack.

Another white male senator was in his own grouping at the bottom: Clinton’s then-primary rival, Bernie Sanders.

December 2013: Podesta calls Sanders a “doofus” over his attack of Paris climate deal

Top Clinton aide Neera Tanden congratulated Podesta on the announcement of the Paris climate deal in December. “My children and their future children thank you,” she wrote. Podesta, who has long championed the reduction of carbon emissions, oversaw climate and energy policy as counselor to the president. Under the Paris agreement, the U.S. promised to reduce its emissions by 25 - 28 percent from 2005 levels by 2025 and 80 percent by 2050.

Podesta responded, “Thanks, Neera. Can you believe that doofus Bernie attacked it?”

Tanden had also noted that the Paris deal “wouldn’t have happened w o the china deal.” Podesta and U.S. climate negotiator Todd Stern negotiated the deal with China to cap carbon emissions, announced the month before.