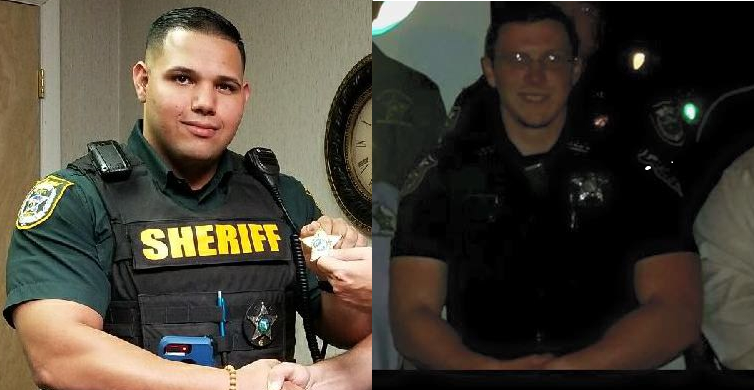 The deputies were getting food at the Ace China restaurant in Trenton when the shooter opened fire, Schultz said. Fellow deputies responding to the scene found the shooter dead outside the business.

The sheriff's office initially said the two officers were shot through a window in the restaurant by a man outside. On Friday afternoon they corrected that detail in a statement, saying they were shot by the suspect from inside the business. Both deputies were on duty and in uniform.

"Our deputies were ambushed. They were unable to return fire," the statement said.

There is no apparent motive for the shooting, but according to CBS affiliate WGCL, authorities have identified the shooter as John Hubert Highnote, 59, of Bell, Fla. According to Friday's statement from the sheriff's office, Highnote was found dead with an apparent self-inflicted gunshot wound inside his car, which was parked at the restaurant.

"Sgt. Ramirez and Deputy Lindsey were the best of the best," Schultz said. "They were men of integrity, men of loyalty. They were God-fearing, and they loved what they did, and we are very proud of them."

"I don't have answers as to why this happened," Schultz said, noting the Florida Department of Law Enforcement is investigating. Schultz said the 29-year-old Ramirez was a 7-year-veteran who was married with children. Lindsay was 25 years old. A statement released Thursday night said the men simply sat down to eat and that there was no crime in progress and no disturbance, WGFL reports.

Schultz said he rushed to the scene as soon as he heard about the shooting. He said it's important to remember that attacks like Thursday's can happen anywhere, even in small cities like Trenton.

"After 26 years of doing this, there is nothing that can prepare you for senseless deaths," Schultz said.

Schultz said he talked to both families.

"As you expect you can never be prepared for something like this, but make no mistake I'm proud of their families," Schultz said. "They understood when their loved ones pinned on the badge and they strapped on the gun that this was a possibility."

Ramirez, he said, had an infectious smile. He said both were excited about participating in the First Responder Olympics. "Sgt. Ramirez and Deputy Lindsey were the best of the best. They were men of integrity. They were men of loyalty. They're god fearing and they loved what they did."

Trenton is in northern Florida, about 35 miles west of Gainesville.