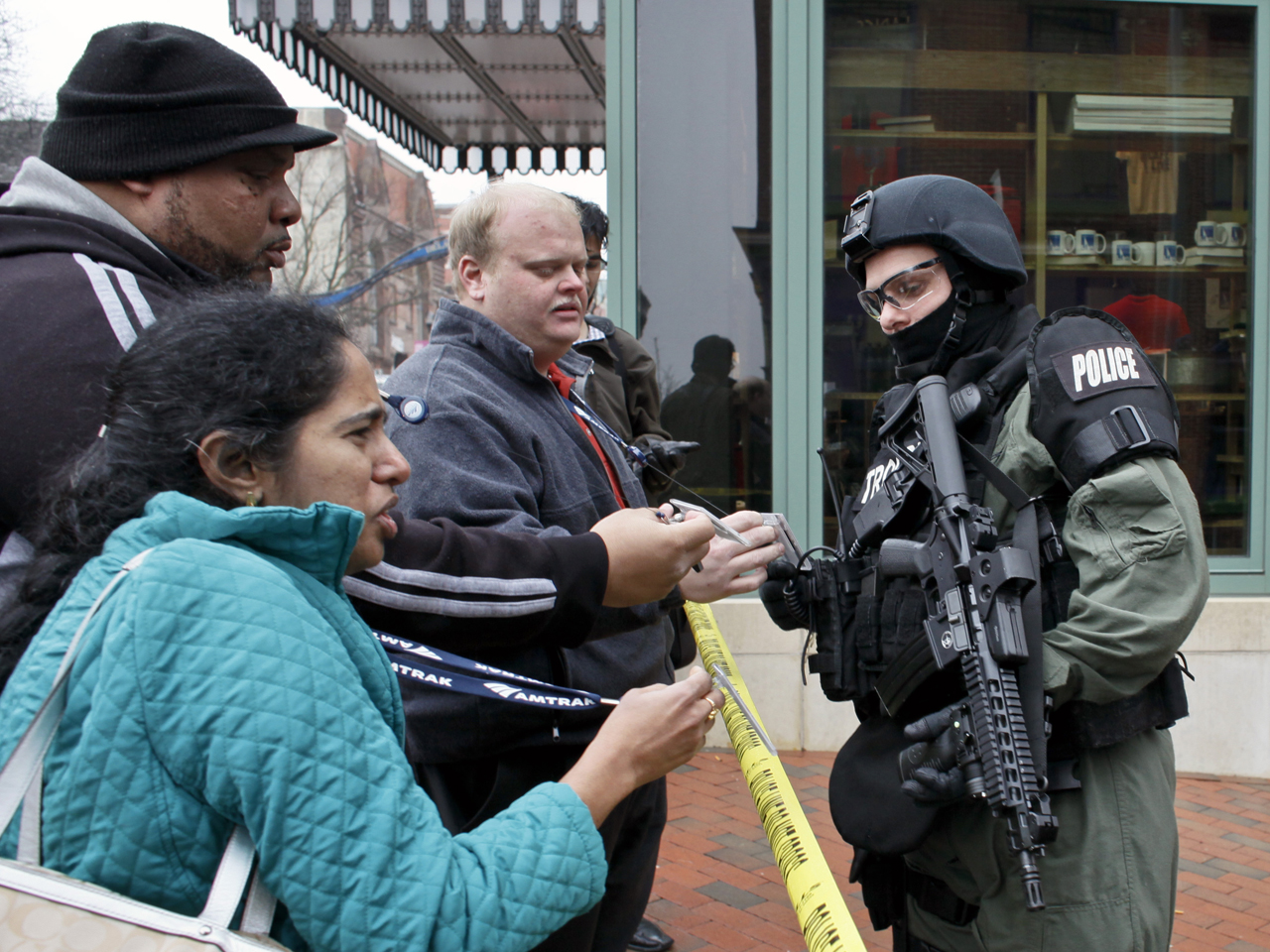 Three people died Monday morning in a shooting at a courthouse in Delaware, including the shooter, authorities said.

Delaware State Police Sgt. Paul Shavack confirmed three people died in the shooting at the New Castle County Courthouse in Wilmington. He said the suspected gunman and two women are dead. The city's mayor said one of the women killed was the shooter's estranged wife, but Shavack said police had not confirmed that was the case.

Shavak said in a noon briefing that the motive was still to be determined but that it was not a random shooting. He cautioned against information coming from any other source.

Wilmington Mayor Dennis Williams said in a telephone interview that he was told the man shot and killed his wife.

According to CBS affiliate KYW-TV in Philadelphia, Mayor Williams said the suspect's estranged wife and a second unidentified female were shot and killed by the gunman. Williams says the suspected gunman was then killed by police. Earlier, the situation had been described as a "gunfight."

Jose Beltran, 53, a court employee who works in the building, was entering the lobby Monday morning when he heard two shots. He said he turned around and ran.

"It happened so fast," he said, adding he heard three or more shots as he ran.

Dick Lawyer works part time across the street at the law office of Casarino, Christman, Shalk, Ransom & Doss and said his office building had been on lockdown since about 8:15 a.m. The shooting occurred about five minutes earlier. He said he and colleagues were shaken at first but calmer hours later. "We have a couple of people whose relatives work at the courthouse," said Lawyer, who works as a document management specialist for the firm.

Robert Vess, 68, dropped off his wife, Dorothy, 69, for jury duty at the courthouse Monday morning. He said it wasn't until after 10:30 a.m. that she was able to call him and let him know she was safe. Vess said his wife, who works as a baker at a grocery store, was crying when she called, but he thought she would be all right.