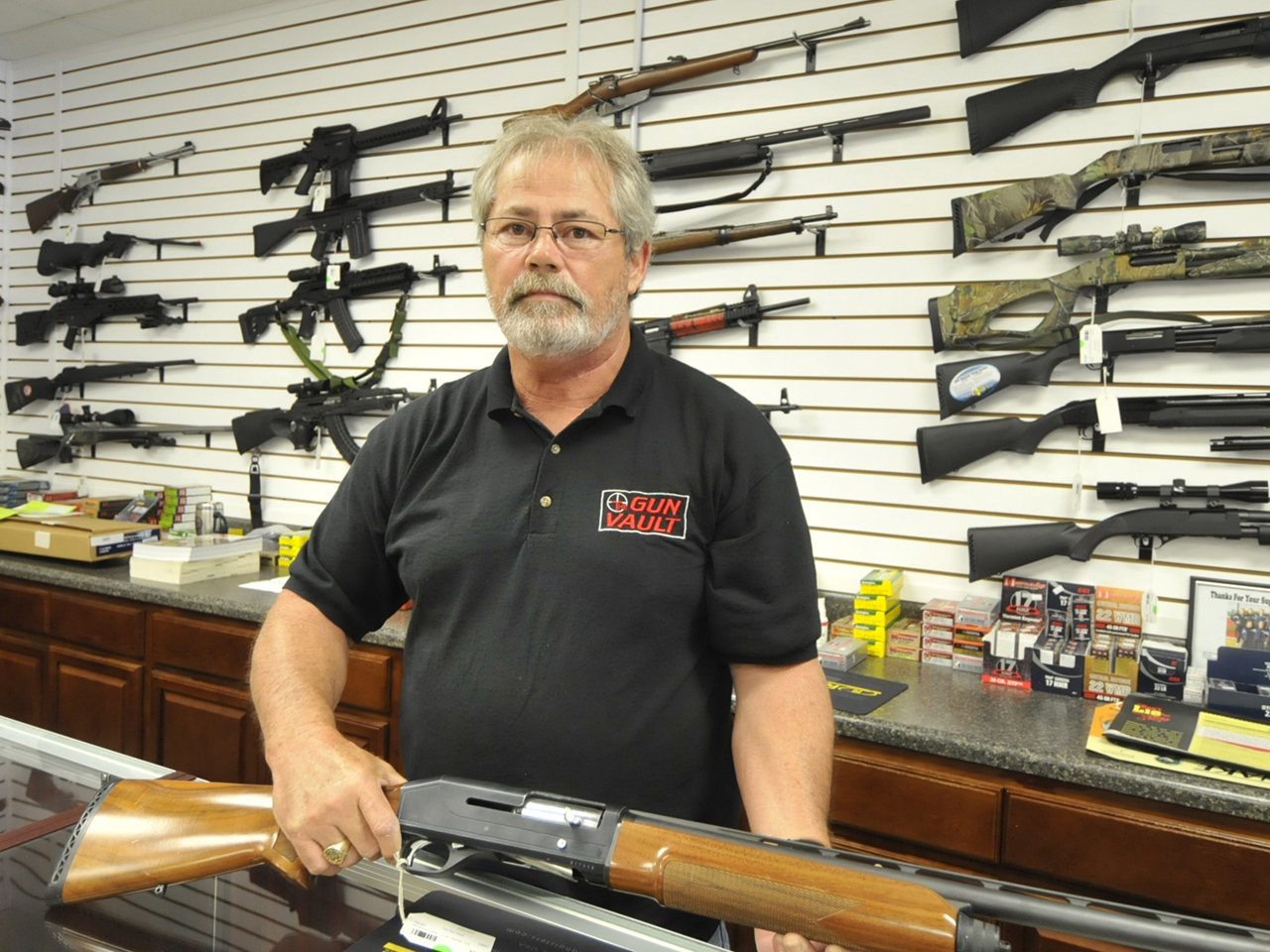 (AP) DENVER - Firearms sales are surging in the wake of the Colorado movie theater massacre as buyers express fears that anti-gun politicians may use the shootings to seek new restrictions on owning weapons.

In Colorado, the site of Friday's shooting that killed 12 and injured dozens of others, gun sales jumped in the three days that followed. The state approved background checks for 2,887 people who wanted to purchase a firearm — 25 percent more than the average Friday to Sunday period in 2012 and 43 percent more than the same interval the week prior.

Day-to-day gun sales frequently fluctuate, but the numbers also look strong outside of Colorado, too.

Seattle's home county, King, saw nearly twice as many requests for concealed pistol licenses than the same timeframe a year ago. Florida recorded 2,386 background checks on Friday, up 14 percent from the week before. Oregon sales on Friday and Saturday were up 11 percent over the month prior. Four days of checks in California were up 10 percent month-to-month.

During the past decade, June and July have consistently been the slowest months for gun sales, according to FBI data.

Jay Wallace, who owns Adventure Outdoors in Smyrna, Ga., found that his sales on Saturday were up 300 percent from the same day a year ago — making it one of the best Saturdays his business has ever had. He said customers are often afraid when there's a gun-related tragedy that some lawmakers might try and push through an anti-gun agenda.

"We shouldn't let one sick individual make us forget and lose sight of freedoms in this country," Wallace said.

Authorities have said that the suspected Colorado shooter, James Holmes, methodically stockpiled weapons and explosives at work and home in recent months. He purchased thousands of rounds of ammunition and a shotgun, a semi-automatic rifle and two Glock pistols, authorities said.

On Friday, clad in head-to-toe combat gear, he burst into a midnight showing of "The Dark Knight Rises," tossed gas canisters into the crowd and opened fire. The shooting killed 12 people and wounded dozens of others.

Police in the Denver suburb of Aurora say Holmes also booby-trapped his apartment. Holmes is now in solitary confinement at a local jail.

The rise in gun sales reflects but one of the anxieties created by the shootings. Since the massacre, there have been reports of chaos at movie theaters, apparently sparked by misunderstandings or careless words.

A confrontation with an intoxicated man in an Arizona theater caused about 50 people to flee, authorities said. A southern California man was arrested after authorities say he made allusions to the Aurora massacre after the movie didn't start on time. In New Jersey, a showing of "Batman" was canceled after someone stood up during the movie, opened an emergency exit and then returned to their seat.

About 90 minutes into a Monday night showing of "Batman" in Santa Monica, Calif., shrieks from some girls sent about two dozen people sprinting for the exit. It turned out that a large man with a backpack was actually not a threat and was simply having a medical problem.

"This was nothing, and yet it startled us and rattled us so much," said moviegoer Paria Sadighi.

Nationally, the shootings have triggered a fierce debate over gun control and whether government has a role in reining in the ownership of firearms.

"It's not uncommon for us to see spikes in requests for concealed pistol licenses when there's a significant gun-related tragedy," said Sgt. Cindi West of the King County sheriff's office in Washington state.

Some Democratic lawmakers in Congress cited the shooting as evidence of the need for tougher gun control laws — particularly a ban on high-capacity ammunition magazines. Congress, however, hasn't passed strict legislation in more than a decade, and leaders in Washington show no sign of bringing up such measures any time soon.