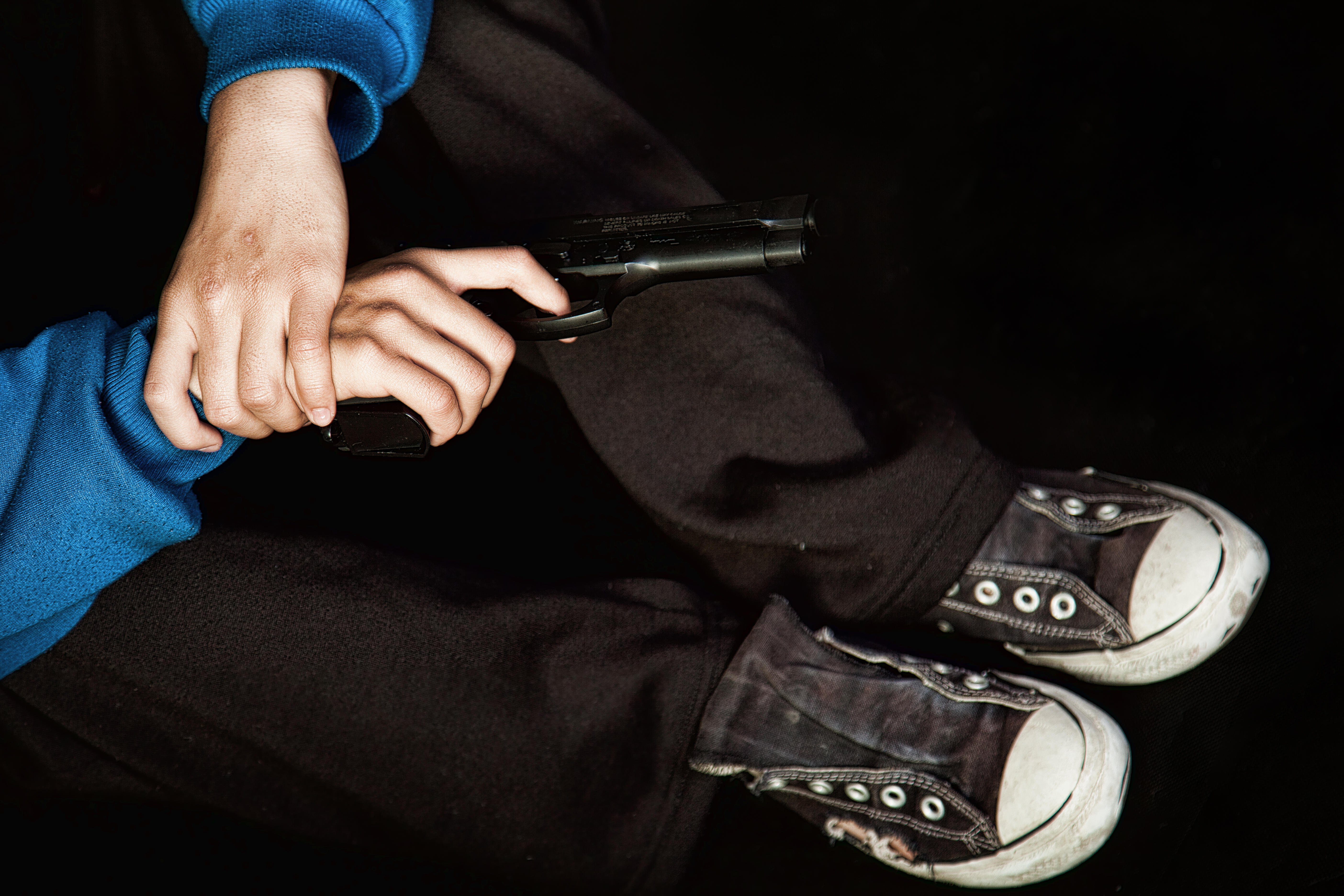 The tragic headlines are all too common: A toddler got his hands on his mother's gun and fatally shot his 2-year-old brother in Colorado earlier this month. Two girls caught in the crossfire were wounded in a shooting during a picnic at a Chicago elementary school on Friday. And out of the glare of the headlines, more teens took their own lives.

Now a new report gives the most complete picture yet of the grim toll gunfire takes on American children every year.

Overall, nearly 1,300 children in the U.S. die in shootings each year and another 5,790 survive gunshot wounds -- from handguns, rifles and shotguns -- according to the study published today in the journal Pediatrics.

The tally makes gunshot wounds the third leading cause of death for children ages 1 to 17 years.

For the report, researchers from the U.S. Centers for Disease Control and Prevention analyzed data on injuries and deaths from gunfire in kids ages 0 to 17, compiling information from three national databases that track details such as nonfatal firearm injuries reported by hospital emergency rooms, death certificates connected to gun violence, coroner and medical examiner records, law enforcement reports, as well as details on homicides, assaults, suicides/self-harm, or unintentional injuries linked to guns. They also examined sex, age, race/ethnicity and year of death.

"About 19 children a day die or are medically treated in an emergency department for a gunshot wound in the U.S.," study author Katherine Fowler, a behavioral scientist at the CDC, told CBS News.

More than half (53 percent) of deaths due to guns among children were homicides, she said. More than a third (38 percent) were suicides. Six percent were unintentional shooting deaths.

When it comes to suicide by gun, rates among young people have climbed significantly since 2007, rising 60 percent, the study found.

In about a third of those cases, the child suffered from a depressed mood, and about a quarter had a clinically diagnosed mental health problem. Twenty-six percent told someone in advance of their intent to die by suicide.

Other research has found that suicides involving either handguns or long guns are especially prevalent in rural areas.

"The current report's analyses confirm that suicides often occur in response to short-term crises. The availability of a firearm may be especially critical for an impulsive teenager in such moments of crisis," Dr. Eliot W. Nelson of the University of Vermont Children's Hospital, in Burlington, Vermont, wrote in an accompanying editorial in Pediatrics entitled "Confronting the Firearm Injury Plague."

While there have been previous studies on firearm injuries and deaths in children, this report is "the most comprehensive" to date, Fowler said. "It examines overall patterns of firearm-related death and injury, patterns by type of firearm injury -- interpersonal, self-directed, and unintentional -- trends over time, state-level patterns, and circumstances surrounding these deaths."

Dr. Ruth Abaya, assistant professor of pediatrics in the division of Emergency Medicine at Children's Hospital of Philadelphia, told CBS News, "The findings were staggering."

But, she added, "Unfortunately, not surprising. Their numbers verified a lot of observations we've seen in regards to gun violence, gun death and unintentional injury to children over the years. It was very telling."

The findings suggest that community-wide initiatives are needed to address the problem, she said.

"I think that the take-home for me is that we're going to need a multi-pronged approach to gun violence prevention in this country for it to be affective," Abaya said.

Children's Hospital of Philadelphia has a violence prevention initiative that includes better access to health care -- including mental health care – for children at risk, as well as an anti-bullying program, and screening for mental health issues and firearm access when children come to the emergency room and pediatrician offices.

Although gun-related death rates for children declined gradually between 2006 and 2013, they have risen again over the past two years. Guns accounted for over 10 percent of all deaths among children 17 and younger in 2014 and 2015, Nelson pointed out in the editorial.

"An even grimmer picture appears if we extend the age range through the teenage years to age 19, because firearm injury rates rise steeply in late adolescence," he wrote.

And for those who survive, the physical and mental toll may be felt for a lifetime.

"By including a focus on nonfatal firearm injuries treated in emergency rooms, the authors also remind us of the fuller scope of these injuries and the toll they exact," Nelson wrote.

As for possible solutions to the problem, Dr. David Wesson, a pediatric surgeon at Texas Children's Hospital, told CBS News, "This paper gives us areas we can focus our energy on."

Because "firearm injuries are fraught with political overtones," this can be a difficult topic to address, but he suggested that promoting gun safety laws and more widespread use of secure gun storage devices are a few possible approaches.

The American Academy of Pediatrics recommends doctors ask parents whether they keep a gun in the home, and Nelson agreed that pediatricians "do need to try to engage those gun owners."

"We should be mindful that this message may be off-putting to parents who keep guns for hunting or self-protection, and who are part of a widespread and deeply rooted social gun culture in our country, especially in rural states," he wrote. "Our message on safe gun storage in homes with children is similar to that of gun rights and sport shooting groups.‍"

But, Wesson said, "The more guns there are, the more people die of gunshot injuries."

Fowler, the report author, said that understanding the nature, magnitude and health impact of firearm violence against children is an important first step to finding ways to prevent injuries and deaths of children from firearms. Street outreach and school-based programs, finding ways to address poverty and violence, screening for depression in children, and promoting safe gun storage education to owners are some of the ways communities can begin to address the issue.

The bottom line: "Firearm injuries are preventable," she said.