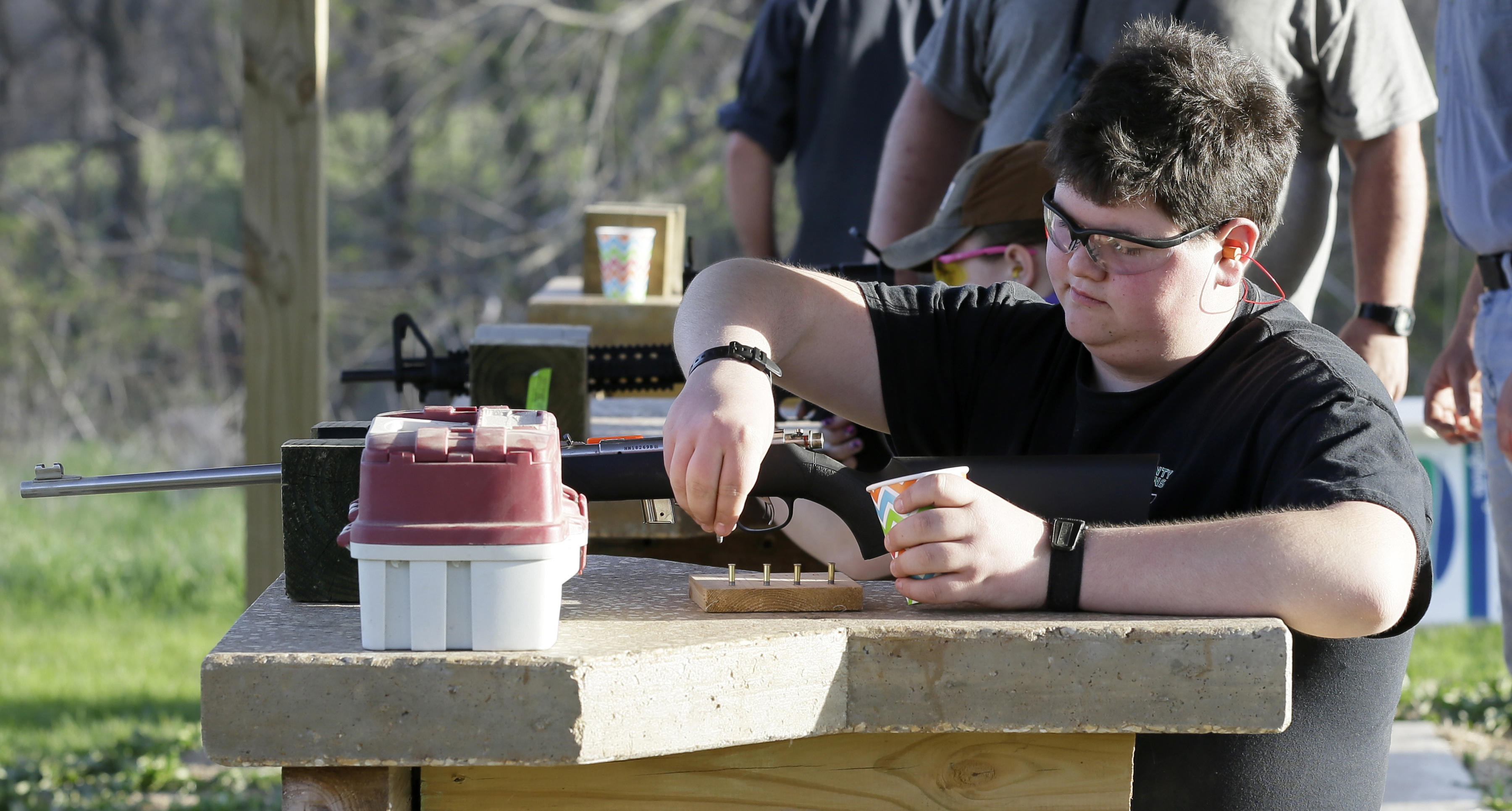 Hours earlier, he was a happy 4-year-old who loved Ironman and the Hulk and all the Avengers. Now, as Bryson Mees-Hernandez approached death in a Houston hospital room, his brain swelling through the bullet hole in his face, his mother assured the boy it was OK to die.

“When you are on the other side,” his mother, Crystal Mees, recalls telling him, “you are going to see Mommy cry a lot. It’s not because she’s mad. It’s because she misses you.”

But whose fault was it?

Bryson shot himself last January with a .22-caliber Derringer his grandmother kept under the bed. It was an accident, but one that could be blamed on many factors, from his grandmother’s negligence to the failure of government and industry to find ways to prevent his death and so many others.

The Associated Press and the USA TODAY Network set out to determine just how many others there have been.

The findings: During the first six months of this year, minors died from accidental shootings - at their own hands, or at the hands of other children or adults - at a pace of one every other day, far more than limited federal statistics indicate.

Tragedies like the death of Bryson Mees-Hernandez play out repeatedly across the country. Curious toddlers find unsecured, loaded handguns in their homes and vehicles, and fatally shoot themselves and others. Teenagers, often showing off guns to their friends and siblings, end up shooting them instead.

Using information collected by the Gun Violence Archive, a nonpartisan research group, news reports and public sources, the media outlets spent six months analyzing the circumstances of every death and injury from accidental shootings involving children ages 17 and younger from Jan. 1, 2014, to June 30 of this year - more than 1,000 incidents in all.

Another finding: The vast majority of shooters and victims are boys. A shooting last year in Shreveport, Louisiana, is a case in point.

Cameron Price, 4, and his 6-year-old brother, Ka’Darius, were riding their bikes outside the Levingston Motel, where their family had taken a $30-a-night room.

They decided to go inside, into a room where several adult acquaintances of their parents had been smoking marijuana. A gun was sitting out, and Ka’Darius thought the chrome and black .40-caliber pistol was a toy.

Then a single shot rang out, and the bullet fatally struck the younger boy.

Ka’Darius later told police he “pushed the bad button” and he understood his brother “had a hole in his head,” was going to the hospital and not coming home.

The U.S. Centers for Disease Control and Prevention reported that 74 minors died from accidental discharges of firearms in 2014, the latest year for which comparable data are available. The AP and USA TODAY analysis counted 113 for that year, suggesting the federal government missed a third of the cases.

While accidental shootings account for only a fraction of firearm deaths in the U.S., gun safety advocates have long argued that they are largely preventable.

They demand stricter laws requiring guns to be kept locked up and unloaded. But gun rights supporters argue those measures make guns less useful in emergencies; citing CDC statistics, the National Rifle Association argues in public statements that such deaths have declined significantly in recent decades and that the chance of a child dying in a firearms accident is “one in one million.”

Bob Anderson, chief of the mortality statistics branch of the CDC’s National Center for Health Statistics, suggested the NRA was citing statistics that underestimate the risk guns represent to children. He said the undercount documented by the AP and USA TODAY Network is “significant and important,” but not surprising.

The agency has long suspected that its statistics on accidental firearms deaths are too low, he said.

That is just what Crystal Mees is advocating in Texas after the death of her son at her mother’s house.

Mees had given birth months earlier to a baby girl and needed sleep, so she had taken Bryson and his 2-year-old sister there to spend the night.

It began as a typical night. After their baths, Bryson asked if he could hop in bed with his grandfather, who was already asleep. His grandmother, Anna Sperber, said yes, before she fell asleep on the living room couch with the younger girl.

When Sperber got up to get a blanket hours later, she saw Bryson face down on the bedroom floor. She thought he had fallen asleep.

Then she noticed the lump on his head and panicked when she saw the pistol she kept under her bed lying next to him. He had shot himself above the right eye.

Crystal Mees blames her mother for her son’s death and no longer talks to her or brings her two children around; she says she had warned her to keep the gun out of children’s reach. She plans to push for a “Bryson’s law” in Texas to make it easier for prosecutors to bring charges against adults who allow children access to firearms.

Both women attended the funeral, where relatives dressed up as Bryson’s beloved Avengers. He was buried with Legos, toy cars and his grandfather’s favorite cologne.