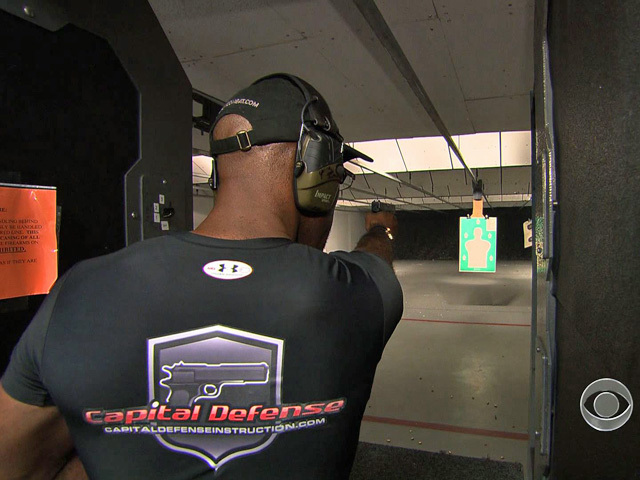 (CBS News) Two days after the mass shooting in Aurora, Colo., took the lives of 12 people, the debate over gun control returned from dormancy Sunday.

The issue has gone virtually undiscussed in this year's presidential election and has not been much of a part of the national conversation since former Rep. Gabrielle Giffords, D-Ariz., was shot in January 2011.

"My thoughts are these -- pure and simple -- weapons of war don't belong on the streets. This is a powerful weapon. He had a hundred round drum," Sen. Dianne Feinstein, D-Calif., said on "Fox News Sunday."

"I think -- you know, we've got to sit down and really come to grips with what is sold to the average citizen in America," Feinstein added. "I have no problem with people being licensed and buying a firearm. But these are weapons that you are only going to be using to kill people in close combat."

Sen. John McCain, R-Ariz., however, said that "we need to look at everything" but was skeptical that more gun control is necessary.

"I think that the strongest Second Amendment rights people would be glad to have a conversation, but to somehow leap to the conclusion that this was somehow caused by the fact that we don't have more gun control legislation, I don't think, has been proved," he said on CNN's "State of the Union."

Meantime, Colorado Gov. John Hickenlooper, a Democrat, added that even if there were stricter gun laws on the books, it might not have mattered in this case; suspect James Holmes seemed determined to commit the crime, calling him "diabolical".

"I mean, if he couldn't have gotten access to the guns, what kind of bomb would he have manufactured," Hickenlooper said on NBC's "Meet the Press."

Politicians discussed the issue this morning after 12 people were killed and an additional 58 people were injured at a screening of Batman's "The Dark Knight" in Aurora, Colo. early Friday morning.

"The two people, President Obama and Governor Romney, talking in broad things about they want to make the world a better place, ok, tell us how," he said on CBS' "Face the Nation." e

On the same program, Rep. Carolyn McCarthy, D-N.Y., whose husband was killed in a 1993 shooting spree and is a proponent of the assault weapons ban, said there is one element that is consistent in mass murders at Virginia Tech, Columbine and Fort Hood. "They had a gun with large magazines," she said.

Rep. Ed Perlmutter, a Democrat who represents the Aurora, Colo., district where the shooting took place, said he will work with McCarthy to bring debate into Congress.

"[S]hould we reinstate the assault weapons ban? I think we should, and I think that's where it starts," Perlmutter said on "Face the Nation."

McCarthy said voiced pessimism at Congress passing gun control legislation. She said the gun lobby, the National Rifle Association, has too strong a grip on Congress.

"But the thing of it is, as a politician, a lot of politicians know it's the right thing to try to fight for something to save lives. They don't have the spine anymore. They pander to who's giving them money," she said.