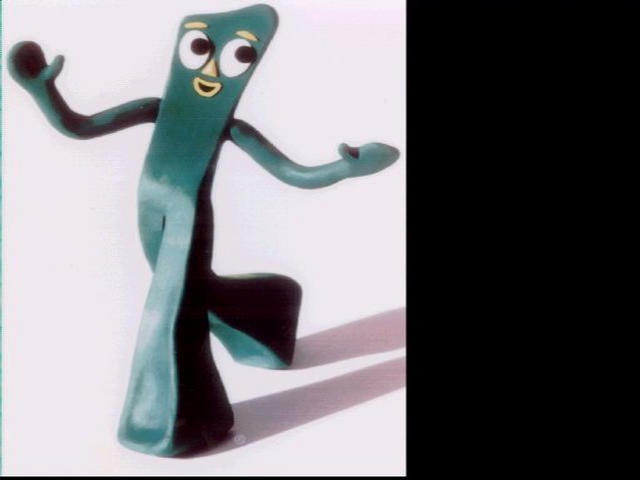 (CBS/AP) SAN DIEGO - A convenience store clerk in San Diego didn't know who Gumby is - but he knew that no one should be trying to rob him, including someone in a full-length giant cartoon costume.

San Diego police say surveillance tape at a 7-Eleven in Rancho Penasquitos, Calif. on Monday shows a person dressed like the popular cartoon character telling a clerk he's being robbed, then fumbling inside the costume as if to pull a gun, dropping 27 cents and leaving.

After being told it was a robbery, the clerk told the man in the Gumby suit not to waste his time. The clerk didn't report the encounter, but his boss called police after seeing the surveillance video.

Hassen says police are taking it seriously and looking for the suspect. A $1,000 reward is being offered.