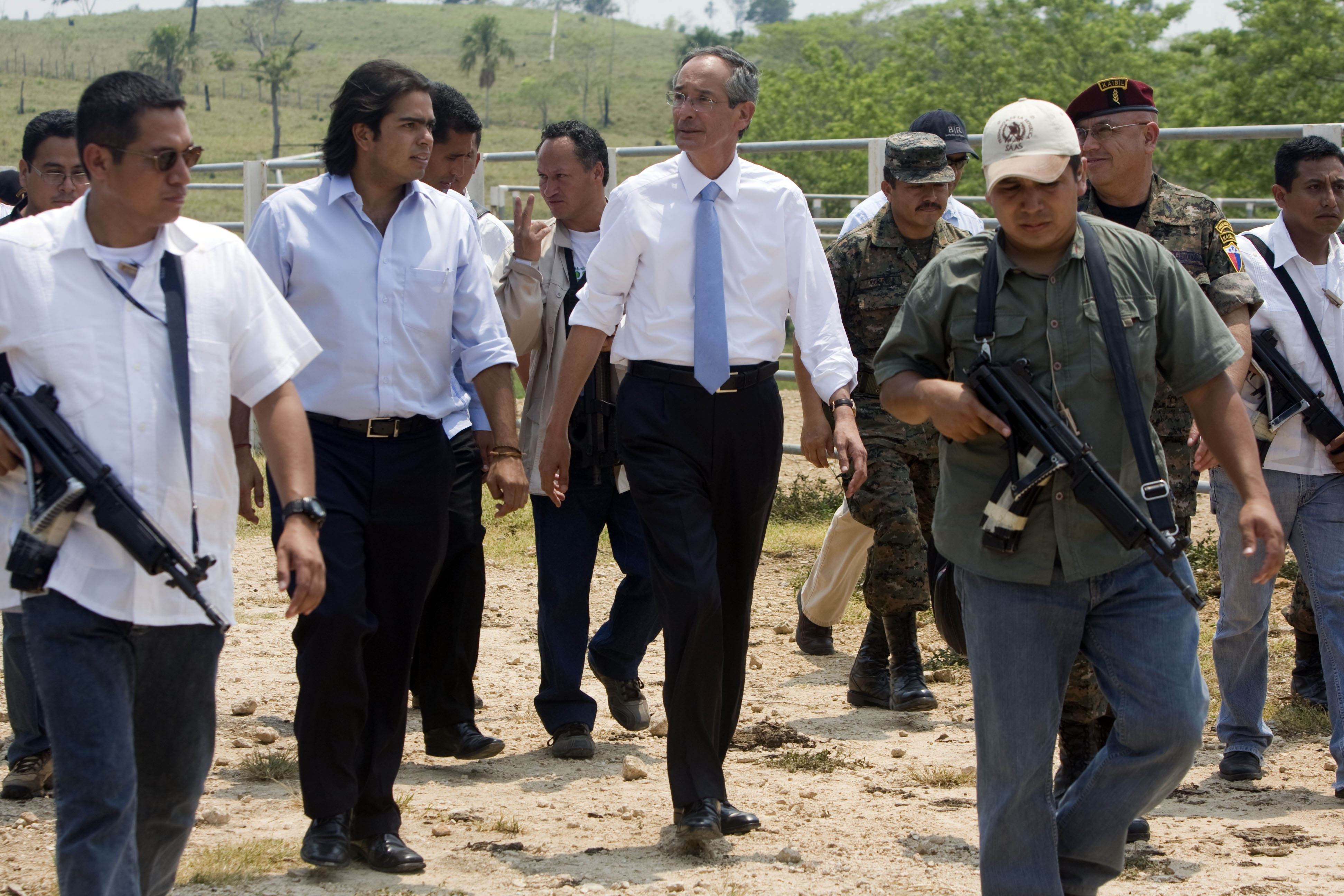 SAN BENITO, Guatemala - Guatemala declared a 30-day state of emergency for the northern Peten region following the brutal massacre of 27 people at a cattle ranch. President Alvaro Colom called the killings sadistic and perverse, and said they were the work of a drug gang.

Colom said he would go to the jungle-covered region to personally direct operations aimed at rooting out what is believed to be a Mexican drug cartel that has taken up residence in Peten.

"Guatemala must face up to this aggression aimed not just at our country but at the whole region," Colom said in an address broadcast to the nation late Monday.

Such declarations traditionally give the army emergency powers, including permission to detain suspects without warrants.

The attack late Saturday and early Sunday on an isolated cattle ranch was of one of Guatemala's largest postwar massacres.

Gunmen believed to belong to Mexico's Zetas cartel killed 27 farm laborers, including two women and two children, and left their severed heads scattered across the pastures of the cattle ranch.

A message written in the blood of the victims was daubed across a wall of the ranch house, threatening the owner.

A 23-year-old laborer who survived the attack said he was stabbed in the stomach, but his attackers were distracted by an attempt by some of the other victims to flee. The chilling scene was related by the surviving farm worker, who spoke to The Associated Press Monday from his hospital bed in a nearby town. Authorities asked that the survivor not be named for security reasons.

The survivor said he fell to the ground as he was being stabbed, and at that moment some of the ranch employees tried to flee, distracting his attacker. He said he was able to walk, badly wounded, to safety.

The man had worked planting forage crops at the ranch, when gunmen arrived late Saturday asking for the owner — a man authorities said has links to the drug trade.

The only other survivor was a pregnant woman whose young daughter clung to her so fiercely and cried so loudly the killers let her go. Relatives of the woman said the attackers spoke with Mexican accents.

Mexico's brutal Zetas drug cartel has set up shop in Guatemala in the largely indigenous region along the countries' shared border.

The police finally came Sunday morning, but the violence continued Monday in nearby areas of Peten, a jungle-covered, strategic drug-trafficking region with a murder rate double the national average and far higher than the most violent parts of Mexico.

A resident of the nearby town of Santa Elena who only wanted to be identified as Diego for fear of reprisal said Tuesday he had opened the door to police officers who were searching homes late Monday for suspects when an assailant in the street threw a grenade at them.

"I opened the door and suddenly there was an explosion," he said. "I'm afraid. Life has become impossible here."

Colom, who toured the massacre site Monday, said as many as 40 to 50 armed commandos stormed the remote ranch on a one-lane dirt road about 19 miles (30 kilometers) from the nearest paved highway. They are believed to be part of a group called "Z 200."

Two men were killed and one suspect in the massacre was taken into custody after a confrontation with police Monday morning, while grenades were tossed at a home and business in a town near San Benito, where the bodies were taken for identification.

Authorities blamed the Zetas for all the attacks, which included the killing of the brother of a slain Guatemalan drug capo on Saturday.

Investigators are looking into ties between the ranch owner, Otto Salguero, and drug trafficking, Colom said. The message written in blood on one of the ranch building's walls said the killers were looking for Salguero, whose whereabouts is not known. Colom said Salguero owns four ranches and hundreds of head of cattle.

But none of the victims had ties to drug cartels, authorities said. Rather they were innocent ranch workers and their families caught up in an increasingly bloody war mirroring the Zetas quest for territory in Mexico.

The Zetas are blamed for two recent mass killings in Mexico as well, 183 bodies found in mass graves last month and a massacre of 72 migrants last August, both in the state of Tamaulipas bordering Texas.

Mexican drug cartels now operate virtually uninhibited in parts of Central America. U.S.-supported crackdowns in Mexico and Colombia have only pushed traffickers into a region where corruption is rampant, borders lack even minimal immigration control and local gangs provide a ready-made infrastructure for organized crime.

The Guatemalan government recently ended a two-month siege near Peten in the neighboring mountainous state of Alta Verapaz, also a prime corridor for smuggling drugs from Honduras to Mexico, where Zetas roamed the streets with assault rifles and armored vehicles and even controlled when people could leave their homes.

Peten has been a strategic drug-trafficking zone with jungle landing strips used by several cartels, according to the 2010 U.N. World Drug Report.

Both the Zetas and Mexico's Sinaloa cartel have interests in Peten and may be competing for territory, the report says.

But Peten is also popular with foreign tourists, who are drawn to the region's jungles and Mayan ruin sites like Tikal. The violence may wind up affecting the vital tourist trade in the largely impoverished region; the British Embassy issued a travel advisory citing advice from Guatemalan authorities to temporary avoid visiting Peten due to the violence.

Authorities blamed the Zetas for the murder Saturday of Haroldo Leon, the brother of alleged Guatemalan drug boss Juan Jose "Juancho" Leon. "Juancho" himself was killed in 2008 in an ambush.