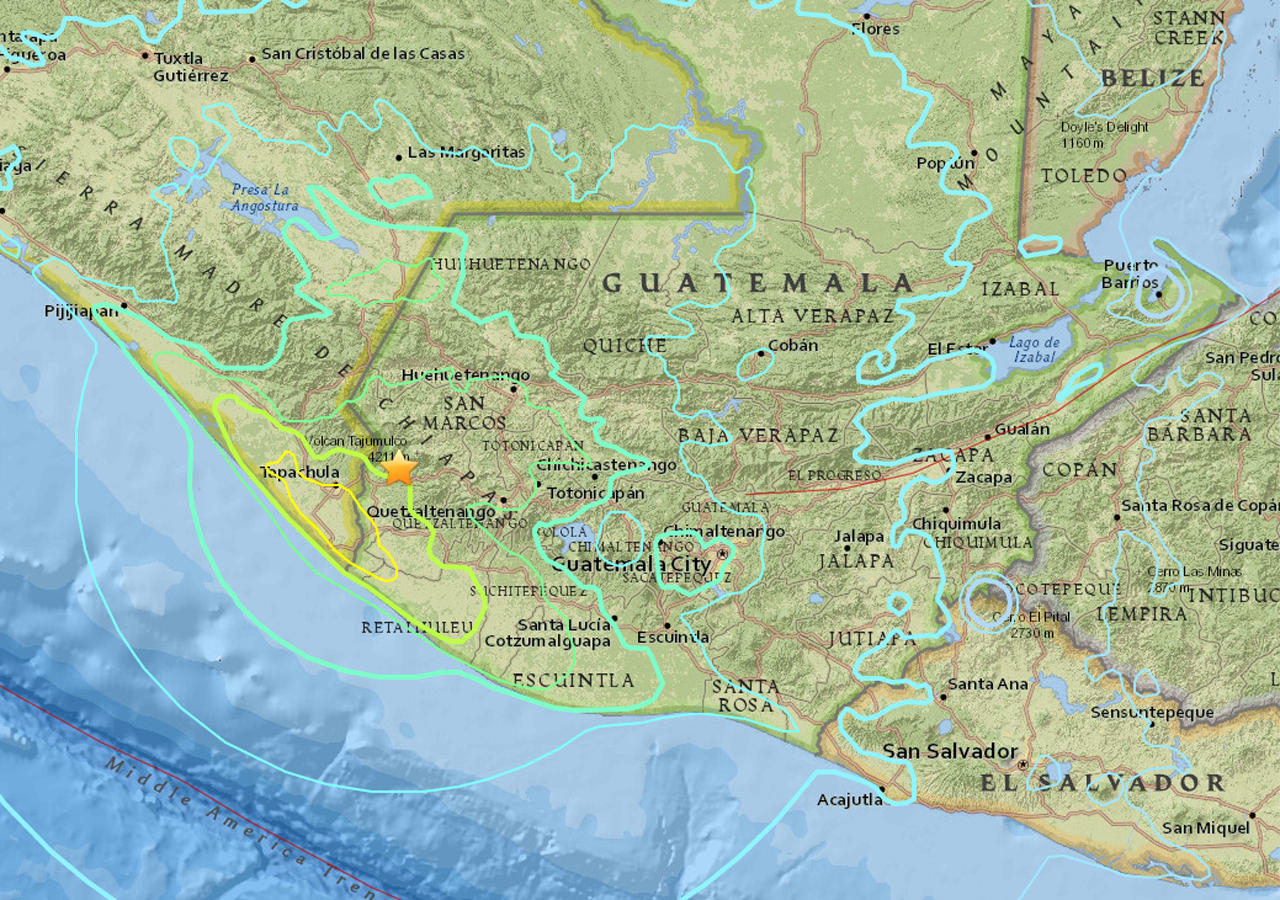 GUATEMALA CITY - A magnitude 6.9 earthquake in western Guatemala near the border with Mexico caused moderate damage to homes, triggered some landslides across highways and injured at least one person early Wednesday, officials said.

The U.S. Geological Survey reported the tremor was centered 5 miles southwest of Tajumulco, Guatemala about 69 miles below the surface.

Guatemala's emergency coordination agency said the quake struck at 1:29 a.m. local time in the department of San Marcos west of the capital near the Mexican border, but was felt throughout the country.

The country's National Civil Police said one person was injured in San Sebastian Retalhuelu in southern Guatemala when part of a church collapsed. Julio Sanchez of the volunteer firefighters said the man, who was passing by the church when the earthquake struck, was receiving care.

Across the border in Chiapas, Mexico, Gov. Manuel Velasco said via Twitter that there were reports of cracked walls and shattered windows in Huixtla, but so far no injuries. The state's Civil Protection authorities said the quake was felt throughout the state.

There was no tsunami warning.