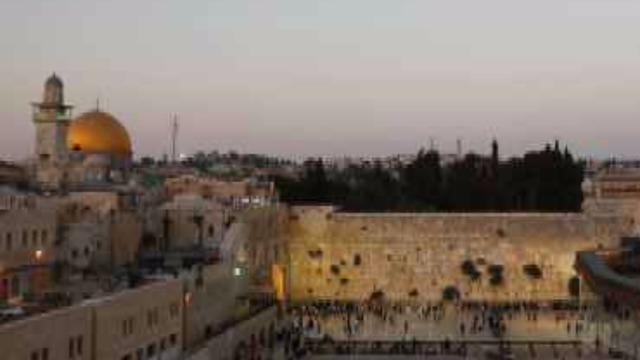 GUATEMALA CITY -- Guatemala's president announced on Christmas Eve that the Central American country will move its embassy in Israel to Jerusalem, becoming the first nation to follow the lead of U.S. President Donald Trump in ordering the change.

Guatemala was one of nine nations that voted with the United States and Israel on Thursday when the U.N. General Assembly overwhelmingly adopted a non-binding resolution denouncing Trump's recognition of Jerusalem as Israel's capital.

Trump didn't set any timetable for moving the U.S. Embassy from Tel Aviv to Jerusalem, and neither did Guatemalan President Jimmy Morales.

In a post on his official Facebook account Sunday, Morales said that after talks with Israeli Prime Minister Benjamin Netanyahu, he decided to instruct Guatemala's foreign ministry to move the embassy.

Guatemala and Israel have long had close ties, especially in security matters and Israeli arms sales to Guatemala.

No other country has their embassy for Israel in Jerusalem, though the Czech Republic has said it is considering such a move.

Trump upended decades of U.S. policy with his Dec. 6 announcement that he was recognizing Jerusalem as Israel's capital. Though Trump said he was merely recognizing reality and not prejudging negotiations on the future borders of the city, Palestinians saw the move as siding with Israel on the most sensitive issue in the Israel-Palestinian conflict.

"I have determined that it is time to officially recognize Jerusalem as the capital of Israel," Mr. Trump said in his announcement.

For more than two decades, Mr. Trump said that previous presidents had signed a waiver to delay moving the U.S. embassy in Israel from Tel Aviv to Jerusalem, but said that "we are no closer to a lasting peace agreement between Israel and the Palestinians."

"While previous presidents have made this a major campaign promise, they failed to deliver," he said. "Today, I am delivering."

Mr. Trump said that he also directed the State Department to begin the process of moving the U.S. embassy from Tel Aviv to Jerusalem, but he will sign a waiver that will delay the move in order to avoid significant funding cuts. Officials said that it was not possible to move the embassy to Jerusalem immediately, however, and it could take "a matter of some years."

Israel claims all of Jerusalem as its capital, while the Palestinians claim the city's eastern sector, which was captured by Israel in 1967 and is home to sensitive religious Jewish, Muslim and Christian sites. Many governments have long said that the fate of Jerusalem must be resolved through negotiations.

Trump's announcement has set off weeks of clashes between Palestinian protesters and Israeli security forces that have left 12 Palestinians dead.

Netanyahu has predicted others would follow the U.S. lead. He has made great efforts to reach out to Latin America in recent years as part of a campaign to counter longstanding support for the Palestinians at the United Nations.

In remarks at his weekly meeting of the Likud party faction in the Knessert, Netanyahu thanked Guatemala's president.

The resolution passed by the General Assembly declared the U.S. action on Jerusalem "null and void." The 128-9 vote was a victory for Palestinians, but fell short of the total they had predicted. Thirty-five nations abstained and 21 stayed away from the vote.

"It's a shameful and illegal act that goes totally against the wishes of church leaders in Jerusalem," the ministry said in a statement.

Jordan's minister of foreign affairs also said on Twitter that his country rejects the move.