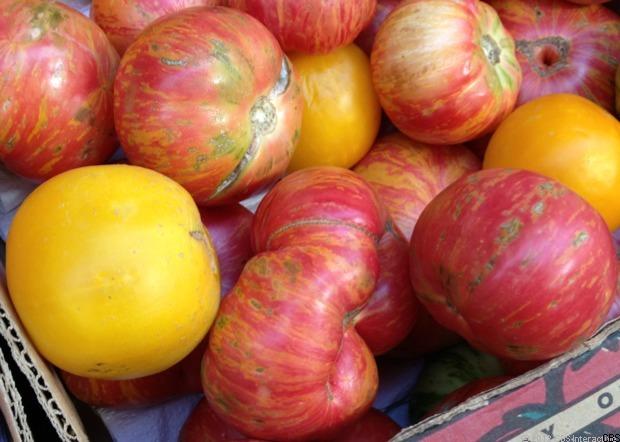 (CBS News) The tomato industry is booming -- Americans buy more than $2 billion worth of the popular produce item every year.

But to keep the produce aisle fully stocked, growers have changed the way a tomato looks and tastes. In a report that aired Thursday on "CBS This Morning," John Blackstone examined a growing grassroots movement to bring taste back to tomatoes.

Commercial tomatoes have been scientifically bred to be cheap, easy to ship, and available year-round. According to tomato researcher Ann Powell, "It's an economical crop. The farmer wants maximum yield, so we actually have a lot to thank the industry for developing these " she says of the new techniques before adding, "No one expected this to have anything to do with the flavor of the ripened fruit."

Larry Wagner, a tomato grower in Norther California told Blackstone, "There's always been this huge difference between any home-grown garden tomato and a store-bought tomato and I buy store bought tomatoes in the winter and I don't really like them."

To combat the tastelessness caused by the techniques Powell describes, Wagner is using seeds developed over 100 years ago to cultivate his own crop of heirloom tomatoes in his backyard farm plot. He had high hopes that his uniquely named tomatoes would be a hit at this year's annual Kendall-Jackson heirloom tomato contest.

Powell has a lab at the University of California Davis, where she discovered hybrid, commercial tomatoes no longer carry one of the genes commonly found in heirloom tomatoes. Without the gene, tomatoes produce less sugar, one of the reasons heirlooms may taste better. Blackstone reported that where and how tomatoes are grown could factor into taste as well.

And, at this year's Kendall-Jackson tomato festival, Wagner tasted victory -- the judges selected his tomato as the top tomato at the festival. Wagner believes his tomatoes won "probably because they have good sweetness. People like sweet tomatoes."