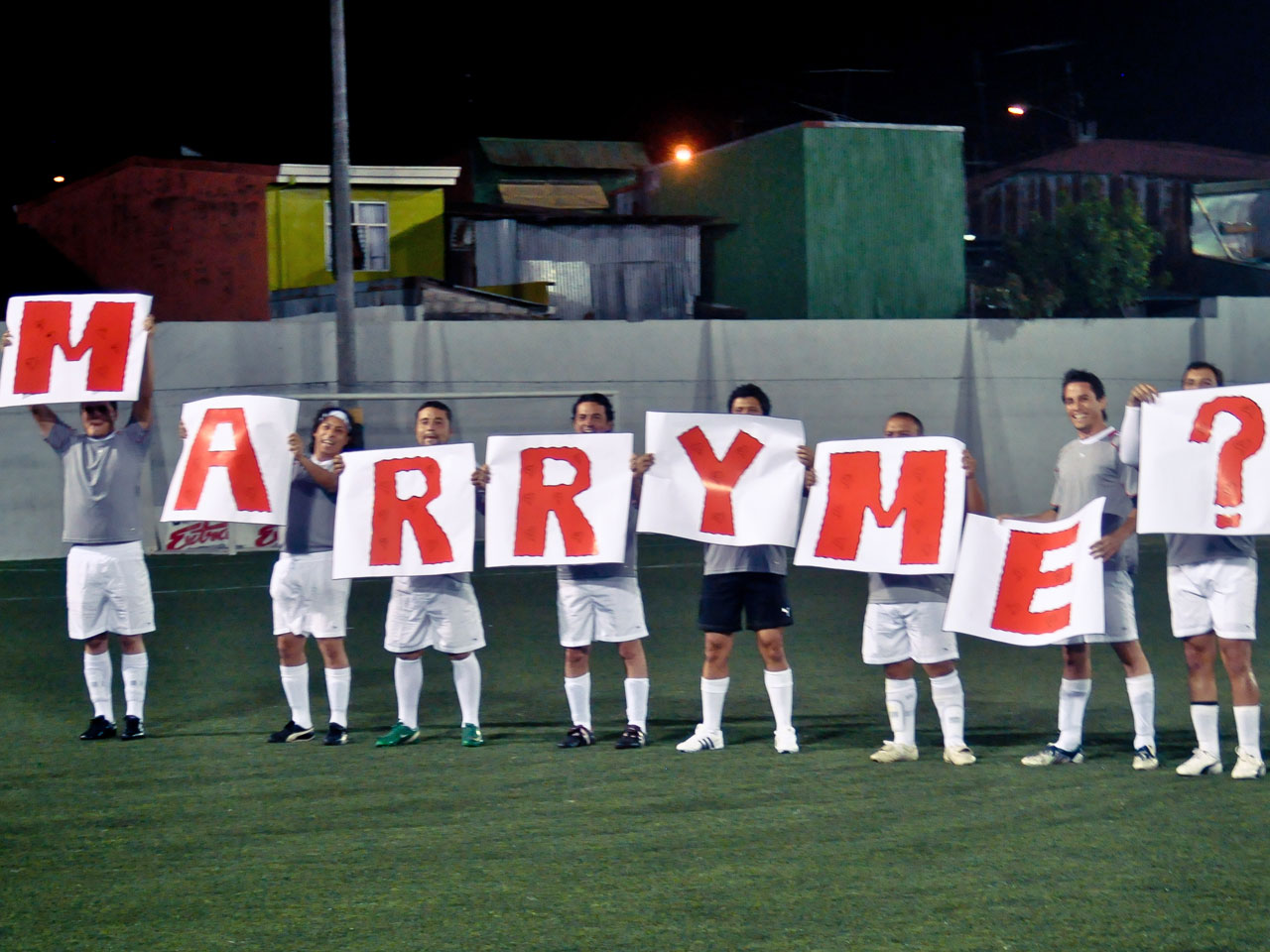 Marriage is constantly evolving. What hasn't necessarily evolved, however, are many wedding traditions, especially when it comes to what's expected of grooms.

"There's something to be said for tradition," Jeff Wilser, author of "The Maxims of Manhood," said to CBSNews.com. "Mock all you want, but traditions are, to some extent, a token of respect and fidelity. A tux for the groom is like a tree for Christmas, it's just 'what we do.'"

Some grooms may be clueless of what's expected, from asking her pop for "permission" to what you should get your beloved for her "bridal gift" -- yes, grooms are expected to give their brides something the day of the wedding.

Wilser is also the founding editor of a one-stop-shop for all things groom called The Plunge, a site that's motto is "a spoonful of sarcasm helps the wedding planning go down." Despite never getting married himself, he's become a groom's guru, and has also written for GQ, Glamour, Esquire and The Knot, and even fields questions from future grooms on his site.

"Most guys have a vague sense that there's 'stuff they're supposed to do,' but they're not exactly sure what all that stuff is, and they're looking for a roadmap. We try and give them a roadmap in their language," he says.

For part one of the series, check out the Groom's guide to weddings: Engagement ring shopping

Getting the ring may feel like a huge weight lifted off an aspiring groom's shoulders -- but you still have to propose.

Before you do, given traditions seem to be a recurring theme with weddings, one potential sticking point for your future spouse -- or future in-laws -- is the asking of the father's "permission" for his daughter's hand in marriage.

"Asking the father...is one of those baffling traditions that just won't die," Wilser writes on The Plunge.

Some families expect it as a rite of passage. Some brides condemn the practice as chauvinistic. So, how do you choose wisely?

Take a step back and think about the bride's family. If your bride-to-be is from a traditional upbringing, you should ask permission, says Wilser, or else you may disrespect the in-laws from the start of the marriage.

Even if he doesn't like you, "you'll earn some points by showing backbone," he said.

For brides from less-traditional upbringings, he recommends to do what you feel personally comfortable with. Announce your intentions to one or both parents, or don't ask at all. Progressive parents will understand if you don't want to ask permission because you want the bride to have the final say, Wilser notes.

If the parents fall somewhere in the middle of the spectrum, the groom's guru says a surefire approach is to pull both parents aside, put on your most genuine face, and ask for their "blessing" -- a word that shows them respect but at the same time, says the decision isn't contingent on the answer.

In the rare event you hear no, The Plunge has got you covered: Tell her dad you respect and understand his opinion because he's looking out for his daughter, but you love his daughter, and you will work hard to earn his approval.

"Will he change his mind on the spot? Nope, you've got an uphill battle," Wilser writes on The Plunge. "But he'll be grudgingly impressed by your maturity, see you in a new light, and it lets you end the conversation gracefully."

Now that the family's on board and you have the ring in tow, it's showtime. We've all seen elaborate proposals go viral on YouTube, but Wilser says popping the question doesn't have to require a Jumbotron or flashmob of 50 strangers to be memorable. On the other side of the coin, Wilser says you shouldn't just turn to her while in line at Dunkin' Donuts when you realize she's the one, and ask her on the spot.

He says the two biggest mistakes grooms make are rushing the proposal and keeping it too casual, or over-planning with a grand gesture in public.

"It's important that the proposal is memorable, as she'll be telling the story again and again," he says. But, "A big grand gesture at a baseball stadium won't be appreciated if she's not that kind of woman"

"Personalize," says Wilser. "Think about what she likes and tailor your proposal accordingly."

You already know everything you need to make a proposal memorable, he said. Is she outdoorsy? Then propose on a hike. If you have a place of personal significance, take her there and pop teh question.

One factor that is important is ambiance, he points out. What's really nicer to her, a picnic on a beautiful day or dropping your paycheck at a trendy restaurant where you can't hear each other talk?

If you want specific ideas, The Plunge offers some suggestions including cooking her a romantic dinner (works best for the guy who never cooks), a scavenger hunt or the tried-and-true romantic walk on the beach. The Plunge especially endorses proposing on a vacation, because you get away from the routine and you get a built-in smokescreen -- because all the romantic activities are part of the vacation, so she might not see the proposal coming. Of course, if she says no, that's a long plane ride home, Wilser points out.

When it finally gets to the moment, you're probably going to be nervous. There's also no shame in practicing beforehand by looking in the mirror or trying out your romantic prose on the pet cat. Practice can help calm your nerves, says Wilser.

For more tips on a marriage proposal, visit The Plunge: "10 Commandments of Popping the Question".