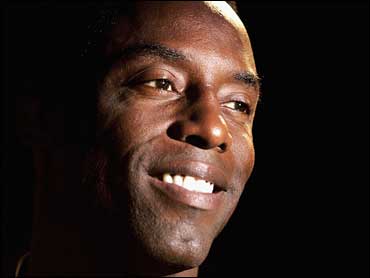 "Grey's Anatomy" star Isaiah Washington, making amends for his use of an anti-gay slur, cautions in a public service announcement that "words have power" to hurt or heal.

Washington's filmed message, which was to begin airing Thursday night during reruns of his ABC show, stemmed from a January meeting with officials from the Gay, Lesbian & Straight Education Network, GLSEN, and the Gay & Lesbian Alliance Against Defamation, GLAAD.

The actor provoked a furor by using the epithet backstage at the Golden Globe Awards in January while denying he'd used it previously against castmate T.R. Knight.

Washington's "willingness to do something to address the hurt and harm he may have caused has to be respected," said Eliza Byard, GLSEN deputy executive director. "Millions of people who might not have thought about the impact of this language may take a moment to reflect upon it.

"I hope viewers will take a moment to reflect on the power of words, particularly when it comes to the lives of young people and their experience at school."

In his meeting with the civil rights group, Washington apologized and agreed to help fight bias against those who are lesbian, gay, bisexual and transgender, the groups said.

His public service announcement, produced by ABC, urges tolerance for all.

"Words have power. The power to express love, happiness and joy. They also have the power to heal," Washington says in the message. "When you use words that demean a person because of their sexual orientation, race or gender, you send a message of hate. ... We have the power to heal and change the world by the words we use."

The actor's future with "Grey's Anatomy" is uncertain. In the season finale, his character, Dr. Preston Burke, was seen calling off his wedding and moving out of his fiancée's apartment.

A spokesman for Washington has expressed confidence that the actor will return to the show, but ABC said contract negotiations are as yet unresolved.