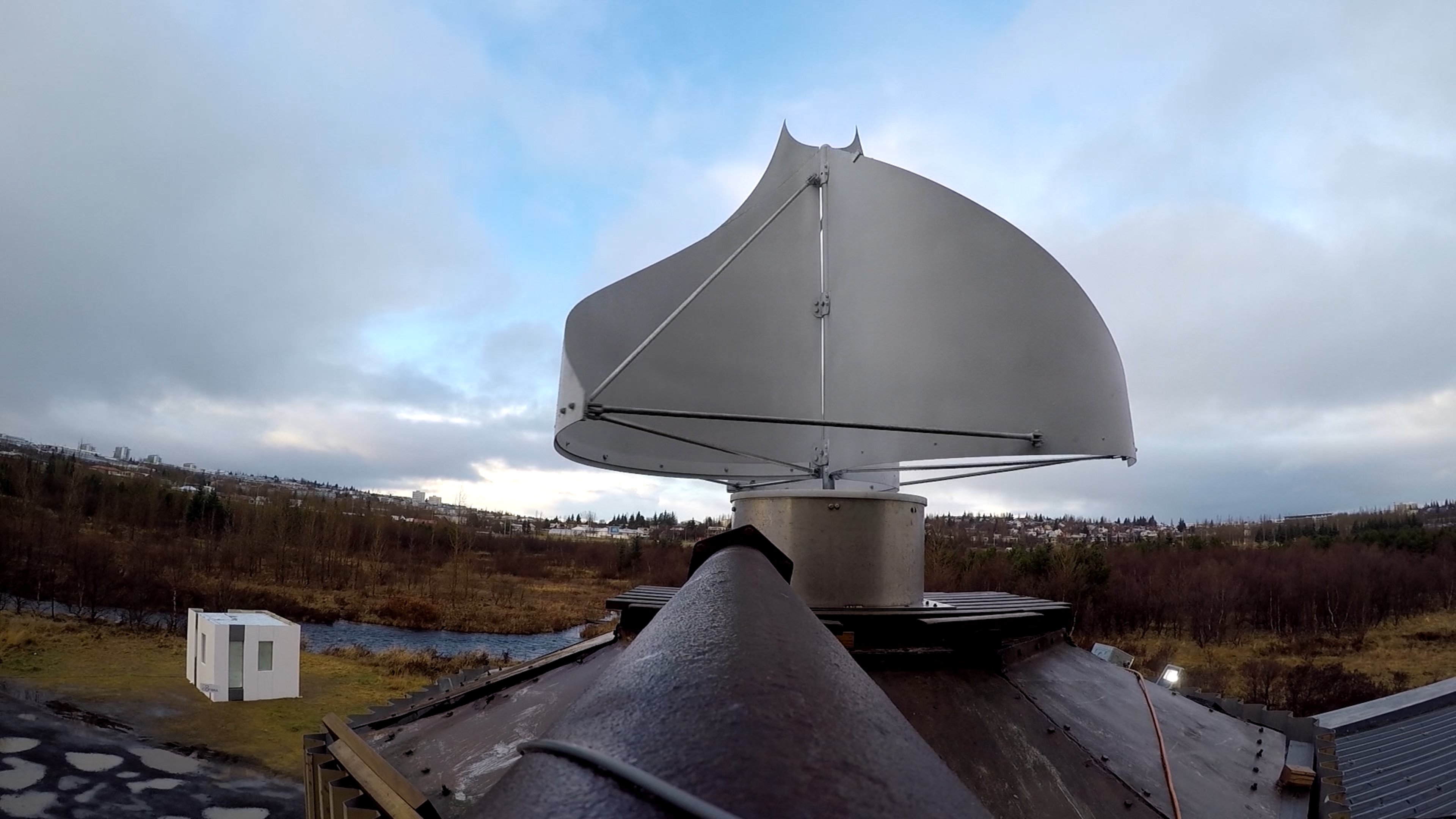 ICELAND -- Iceland runs on 100 percent sustainable energy. The country has taken advantage of vast natural geothermal resources to harness power from hot water reserves underground. This water is so clean that hundreds of thousands of people each year bathe in the island's thermal baths.

But the small European nation is also windy. It is too windy, in fact, for traditional wind turbines, which spin out of control. So inside a former coal plant, work was underway on a new renewable energy concept, reports CBS News correspondent Jonathan Vigliotti.

"The more simple the system the longer it lasts," said inventor Saethor Asgeirsson. He has developed a unique turbine called the CW1000.

This new turbine's precisely engineered, curved blades mean that, as strong winds hit it from one side, it both catches and goes against the force at the same time. The result is a turbine that can slow itself down without needing expensive mechanical brakes that often fail in traditional turbines in high wind.

And while it might seem odd that entrepreneurs in a country that already powers itself sustainably are working on developing other renewable energy technologies, Jonas Ketlisson of Iceland's National Energy Authority explained that there is always room for innovation.

"After our financial crisis that we encountered a few years back, people had to rethink and restructure," Ketlisson said. "I think it did bring us a lot of good ideas. Those ideas could grow into something big."

And thinking big is something Saethor Asgeirson hopes to do, Vigliotti reports, when he exports his green energy to the wider European market.