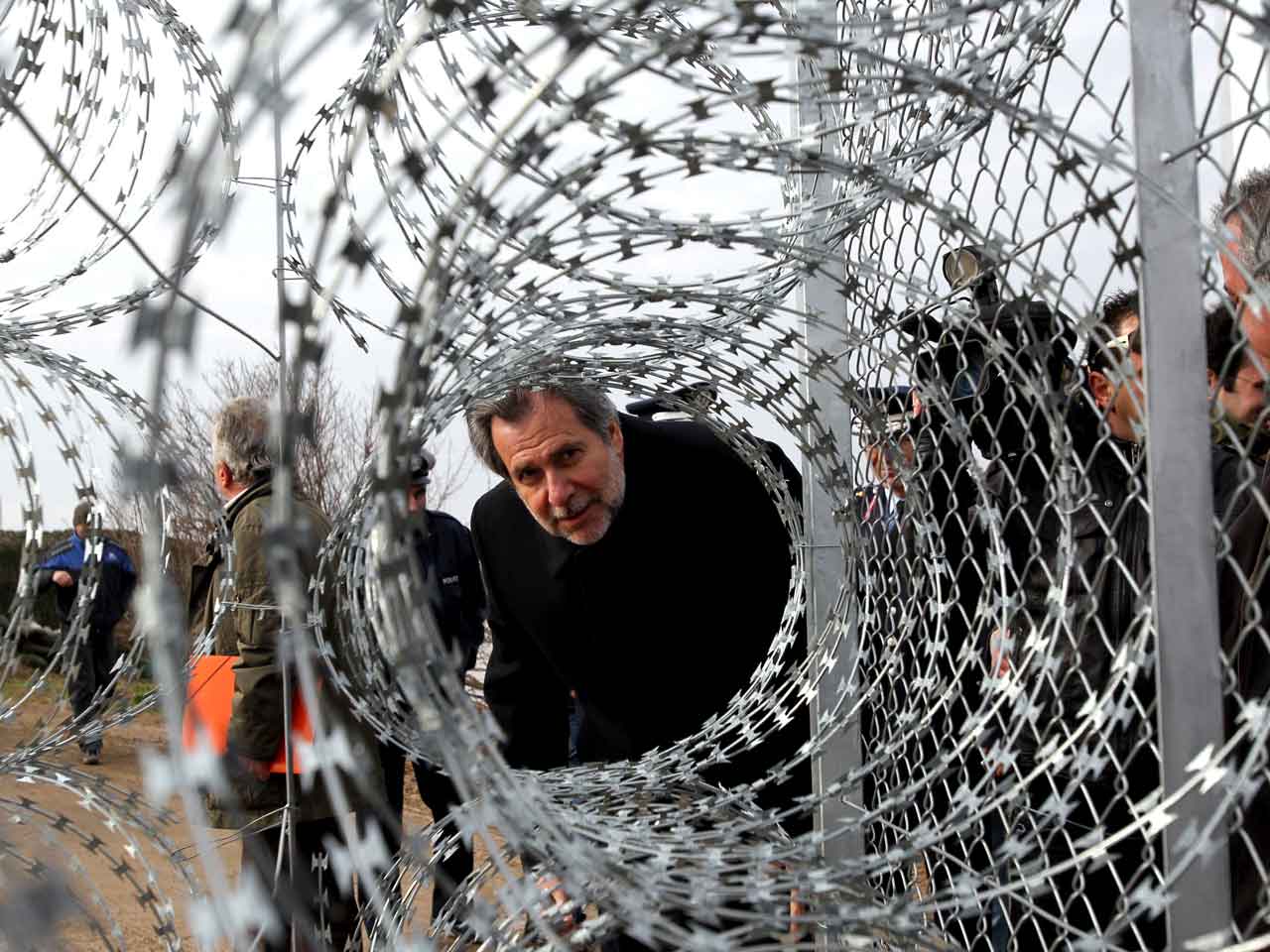 KASTANIES, Greece - Greece announced on Monday that it will soon begin building a 6-mile-long fence topped with razor wire on its border with Turkey to deter illegal immigrants.

Thousands of illegal immigrants cross from Turkey into Greece at this point each year, often traveling from there to other parts of Europe.

Greek Public Order Minister Christos Papoutsis went to the border village of Kantanies on Monday to announce that work on the 13-foot-tall (4-meter-tall) fence will start next month and is expected to be finished by September at a cost of more than 3 million euro ($4 million). It will stretch from Kastanies to the Greek village of Nea Vyssa, near the northeastern town of Orestiada.

"This is an opportunity for us to send a clear message ... to all the EU that Greece is fully compliant with its border commitments," Papoutsis told reporters. "Traffickers should know that this route will be closed to them. Their life is about to get much harder."

During Papoutsis' visit to Kastanies, about 40 people protested nearby, saying the fence is a violation of human rights and should not be built at a time when Greece is suffering a deep financial crisis that has led to punishing austerity measures and high unemployment. About 200 riot police stood by, but no violence occurred during the demonstration.

Papoutsis said the fence will be coupled with a network of fixed night-vision cameras providing real-time footage to the new command center.

Most of Greece's 125-mile border with Turkey runs along a river known as Evros in Greece and Meric in Turkey. The new fence, which Turkey's government has not opposed, will block a short stretch of dry land between the two countries. Greece already is receiving emergency assistance at the Evros border from the EU border protection agency, Frontex.

On Monday, three men seen entering Greece at the point where the fence will be built told The Associated Press they are illegal immigrants who fled Syria's violence.

One of the men, who identified himself only as Said, 24, said the trio had been walking for seven days, and that he hopes to reach an uncle in Hungary, which also is a member of Europe's Schengen Area.