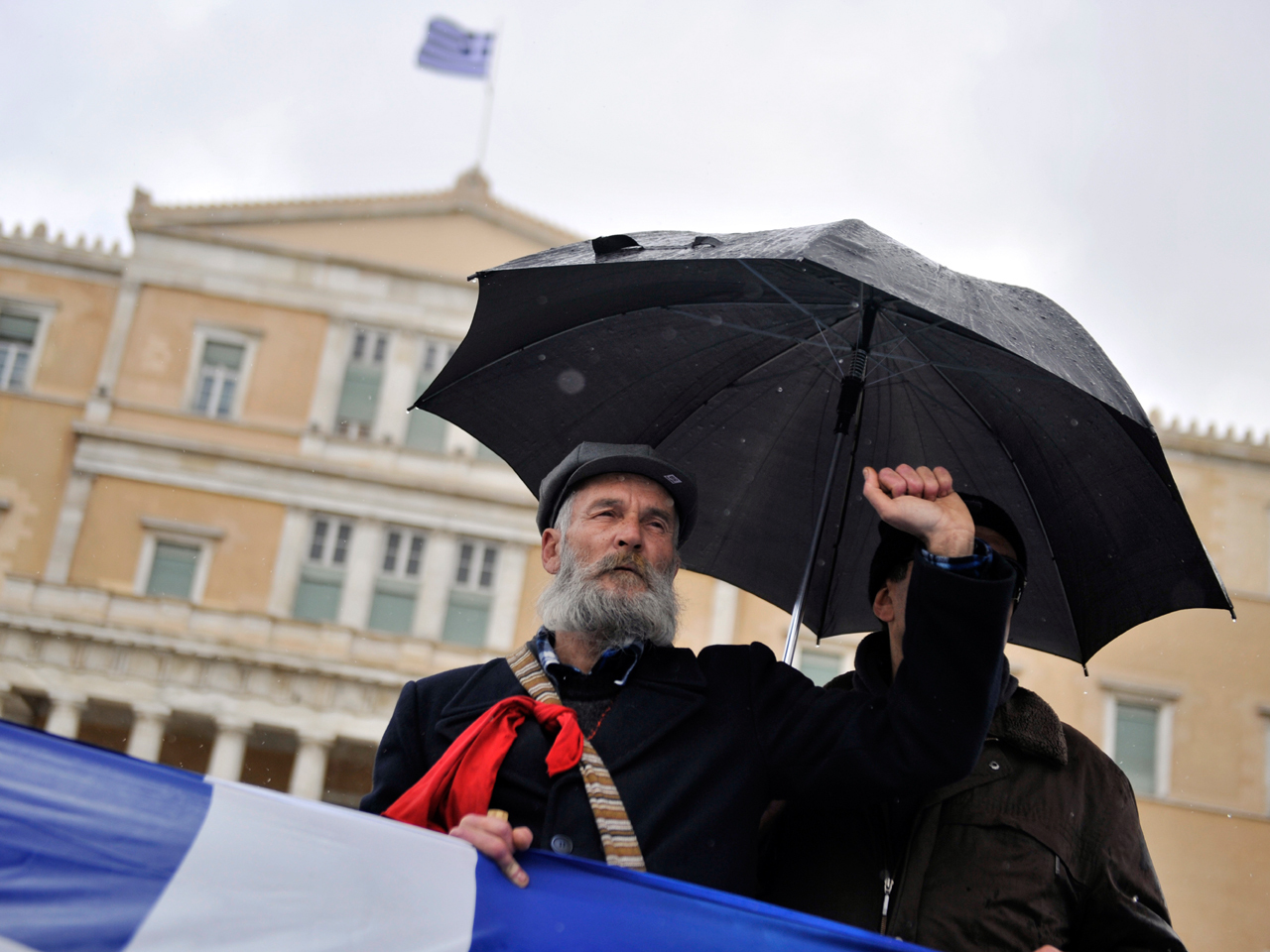 ATHENS, Greece - Greece's private creditors signaled progress late Tuesday in a bond-swap deal but crucial debt negotiations over another round of austerity measures dragged into another day.

The talks came after more than 20,000 protesters marched through central Athens as unions called a general strike against the new job cuts and tax hikes. The strike halted trains and ferries, closed down schools and banks and put state hospitals on short staffing. Several hundred protesters clashed with riot police outside Parliament and set fire to a German flag.

Greek Premier Lucas Papademos delayed a meeting with his coalition parties till Wednesday, staying in talks until late in the night with top bank negotiators as well as with debt inspectors from the European Union and the International Monetary Fund.

Representatives of the Institute of International Finance, which has been leading the talks for private bondholders on forgiving some of Greece's massive debts, had a "constructive meeting" with Papademos, IIF spokesman Frank Vogl said.

Why is Greece negotiating over debt when it could be dictating?
Markets nervous as Greek crisis talks continue
Don't fall for Wall St. if there's good news from Greece
A guide to what happens when Greece defaults

Papademos and Finance Minister Evangelos Venizelos will soon brief the rest of the 17-nation eurozone on the proposed deal, Vogl said - a sign the bond deal could be close. That meeting is expected on Thursday.

Netflix to expand service to Scandinavia

The bond deal with banks and other private creditors aims to reduce Greece's debt by some euro100 billion ($131 billion) and is required by the EU and the IMF for Greece to get a second rescue bailout to avoid bankruptcy next month.

Parallel talks with EU-IMF inspectors are ongoing for the second bailout worth 130 billion euro ($170.5 billion).

The intense talks were supposed to be finished last weekend, but have dragged on over EU-IMF demands for a new round of austerity measures that include civil service job cuts and slashing the minimum wage.

Greece has already accepted that it must cut 15,000 state jobs in 2012 to get the new bailout.