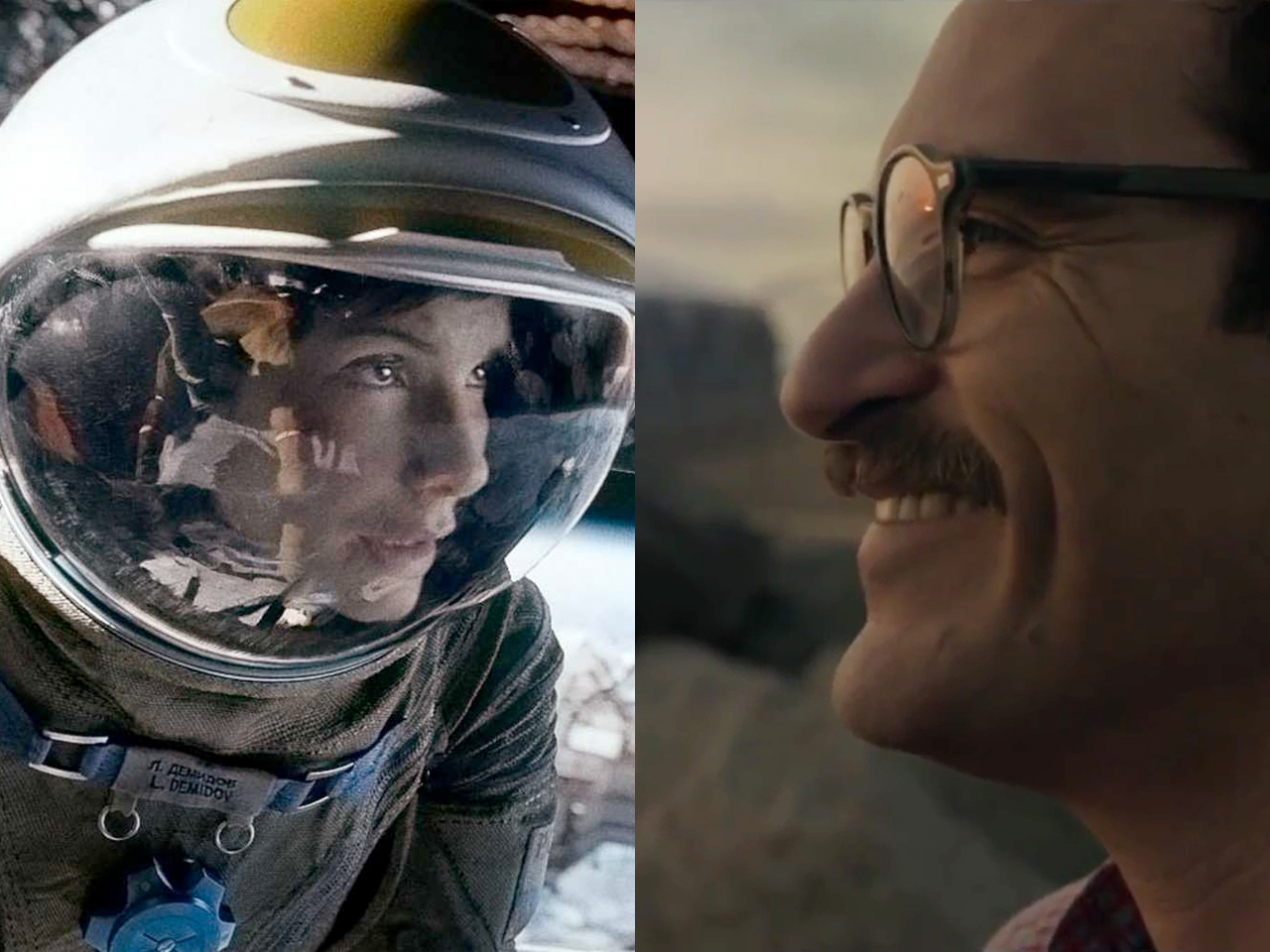 LOS ANGELES – In a tie vote, the Los Angeles Film Critics Association awarded their prize for Best Film of 2013 to two films, each with strong science fiction leanings: "Gravity," a 3-D spectacle of an astronaut stranded in outer space, and "Her," a quirky futuristic romance in which a lonely man rebounds from divorce to fall in love with the voice of his computer's operating system.

The critics group also came up with tie votes in several other categories, underscoring the lack of front-runners in an awards season unusually rich with memorable performances.

The group awarded Best Actress to both Cate Blanchett, as the heroine of Woody Allen's "Blue Jasmine," and Adele Exarchopoulos, star of the French coming-of-age drama, "Blue Is the Warmest Color."

The critics also couldn’t decide between James Franco as a criminal ringleader in "Spring Breakers," or Jared Leto as a transgrander AIDS patient in "Dallas Buyers Club," for Best Supporting Actor; both men won.

Winning and runner-up choices of the L.A. film critics (whose voting Sunday was relayed on Twitter) were revealed, with little overlap from last week's voting by the New York Film Critics Circle and National Board of Review.

"Gravity"'s Alfonso Cuaron's won the Best Director prize (he also shared Best Editing). Spike Jonze was a runner-up for "Her" in both the director and screenplay categories.

Technical prizes were split among "Gravity" (cinematography and editing), "Her" (production design), and the Coen Brothers' "Inside Llewyn Davis" (which picked up a music award).

The group also awarded special citations to the creative team of "12 Years a Slave," producer Megan Ellison ("Zero Dark Thirty," "Her"), and the Criterion Collection.

Best Documentary: "Stories We Tell"
Runner-up: "The Act of Killing"

Legacy of Cinema: The Criterion Collection

Special Citation: The creative team of "12 Years a Slave"