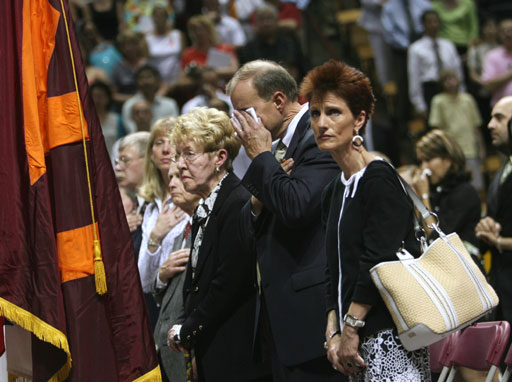 In his effort to prove that "everybody has a story," CBS News Correspondent Steve Hartman caught up with a teen-ager with quite a tale to tell. In the northeastern corner of New Mexico there is a story that Hartman would have never found, had fate not led him straight to it, a story literally hidden under the shirt of a 15-year-old freshman named Matthew Mock.

"I've never met anybody like me in that aspect of this, you know," Mock says, pointing to his belly. Born with a rare birth defect, his body bears the scars of numerous surgeries. Worst of all, from Matt's view, he has no belly button.

Matt makes a habit out of challenging his parents authority. "Just get 'em real frustrated where they're about to rip their hair out, you know," he says.

Just like a typical teen. But no matter how difficult he gets, his mother will always see him as a miracle.

"It's amazing that he even made it," Micha reflects - considering how he came into this world.

"He came out and the doctor said he had him in one hand, and his intestines in the other," she adds.

Matthew was born with a rare birth defect called gastroschisis. Surgeons at Northwest Texas Hospital in Amarillo operated on him immediately. Using a sheet of mesh to at first enclose his intestines, the surgery eventually allowed for skin to grow back over.

Matt had four more operations before his second birthday. He now has many scars. He never did have a belly button - although that may seem insignificant. As far as Matt is concerned, this is the most important part of his story.

"'Cause ever since I've been a little kid, you know - like if you're swimming and your shirt came off or something - everybody kind of looks at you weird," Matt explains.

People would not necessarily pick on him, "they just didn't want to have anything to do with me, you know," he sobs.

Kids can be so cruel. Yet Matt says it's much better now that he's i high school. In fact since starting here, he says, no one in the locker room has ever said a word. And for that - Matt couldn't be more grateful.

"That's when you find out who your real friends are. Who will help you in your time of need. That's what you find out from stuff like this."

And that is what we learn from miracles like Matthew.