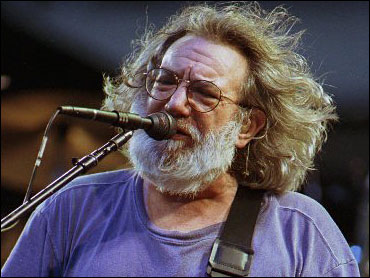 Deadheads looking to add a little more Jerry Garcia to their lives can now incorporate the late Grateful Dead guitarist into their social media with the video storytelling platform Magisto. And Trixie Garcia hopes that will turn more people on to her father's music.

Magisto added a Jerry Garcia "editing style" to its platform on Wednesday. It allows users to upload photos and videos and have them mixed into a professional-looking presentation featuring photos of Garcia and a bit from his songs. The launch coincides with the CD release of a 1987 concert by one of Garcia's side projects, the Jerry Garcia Band.

"We don't often get to just showcase a beautiful snippet of Jerry's music in this way," Trixie Garcia said in a phone interview Wednesday. "I'm really excited for the people who'll be like, `... Is that what Jerry's music sounds like? Wow, maybe I'll listen to some more.' And then we've created one more open-hearted music lover in the world."

"It's great music and I would love for more people to get over the Deadhead stigma and just enjoy a great American rock band," she said. "You don't have to put on your beads or anything."

The Magisto partnership comes as the surviving members of the Grateful Dead get ready to play what they're billing as their final gigs this weekend in Chicago. The pioneering jam band is celebrating its 50th anniversary.

Trixie Garcia, 40, has something in common with those who are being exposed to her father's music for the first time; originally she didn't listen to the Grateful Dead either. But that has changed in recent years.

"I listen to it a little bit. Not a lot because it's still a little weird. It's still real emotional," she said. "But I do listen."

Trixie Garcia was at the reunited Dead's first two shows last weekend in Santa Clara, California. One special moment for her occurred not on the stage but in the sky when a rainbow appeared over Levi's Stadium as the band was playing. For many fans, it was a sign that her father was smiling down on the proceedings.

Trixie Garcia was in the audience at the time.

"I took a picture of the rainbow and I turn back and all these Deadheads are crying," she said. "It was really sweet."

But was it Jerry?

"It's hard to deny what 50,000 people think," she said. "I feel like with all the people there channeling the energy it's obviously something special happening."