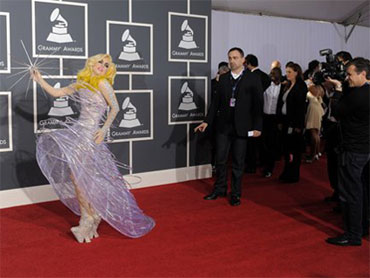 Lady Gaga's exclusion from the best new artist category at this year's Grammys has caused the Recording Academy to change eligibility requirements for the next ceremony.

Although Lady Gaga was the most popular new artist of 2009, she was ineligible for a best new artist nomination. Her hit "Just Dance" had been nominated in 2008, before she was a platinum-selling act, and previous Grammy nominees can't be nominated for best new artist.

After Lady Gaga was excluded, Recording Academy President Neil Portnow said: "There will be some changes so that particular situation won't repeat itself."

The changes were announced Wednesday. The rule change allows previous Grammy nominees to be eligible, as long as the artist hasn't released an entire album and doesn't win.

"More and more, the first release of a new artist is as a featured artist on someone else's album or the new artist may release a single long before the release of his/her/their entire first album," the Academy said in a statement.

In addition, classical box sets will be eligible if more than 51 percent of the material is at least 5 years old.