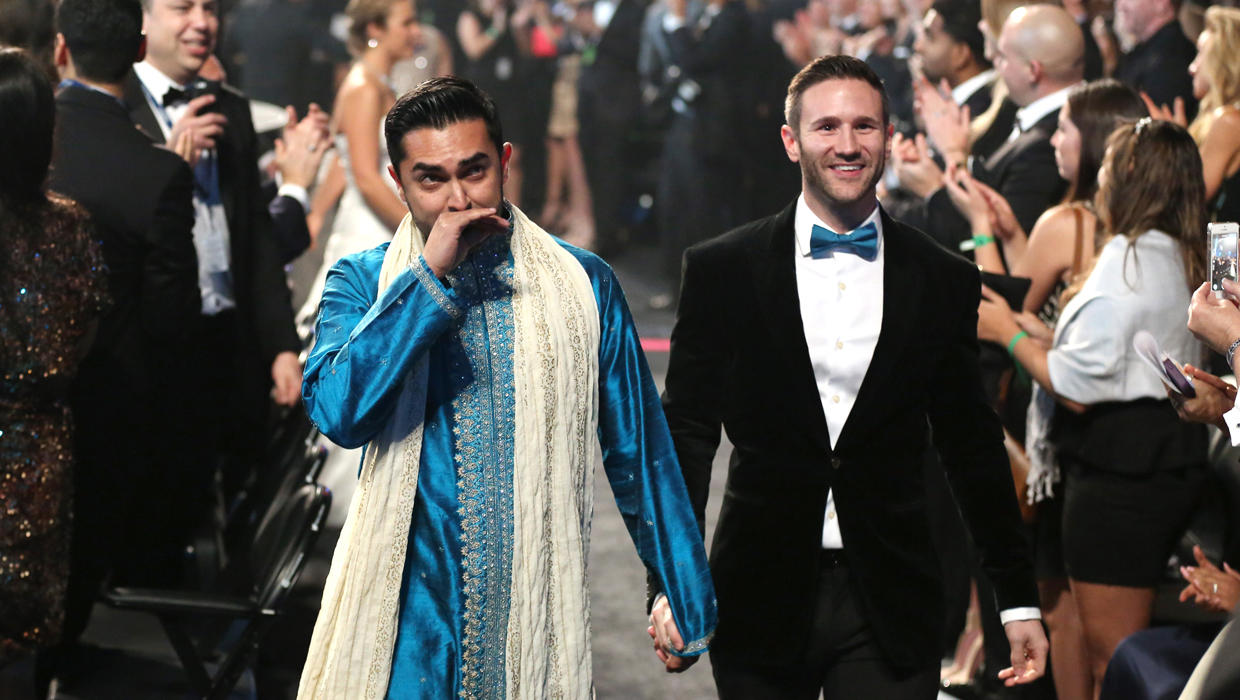 Dozens of couples said "I do" Sunday night live at the Grammy Awards, as they were serenaded by Macklemore & Ryan Lewis and Madonna.

Thirty-three couples -- some of them same-sex -- were married during the awards ceremony as the rap duo performed their gay rights anthem "Same Love."

Queen Latifah officiated the nuptials, saying, "Do you each declare that you take each other as spouses?"

Madonna, wearing an all-white suit and cowboy hat, then came out and serenaded the newlyweds with "Open Your Heart" and parts of "Same Love." Keith Urban cried and Katy Perry caught a bouquet during the performance.

"Same Love" was nominated for song of the year at that night’s Grammys. It lost out to Lorde's "Royals," but Macklemore & Ryan Lewis did pick up awards for best new artist, best rap album for "The Heist" and best rap song and rap performance for "Thrift Shop."