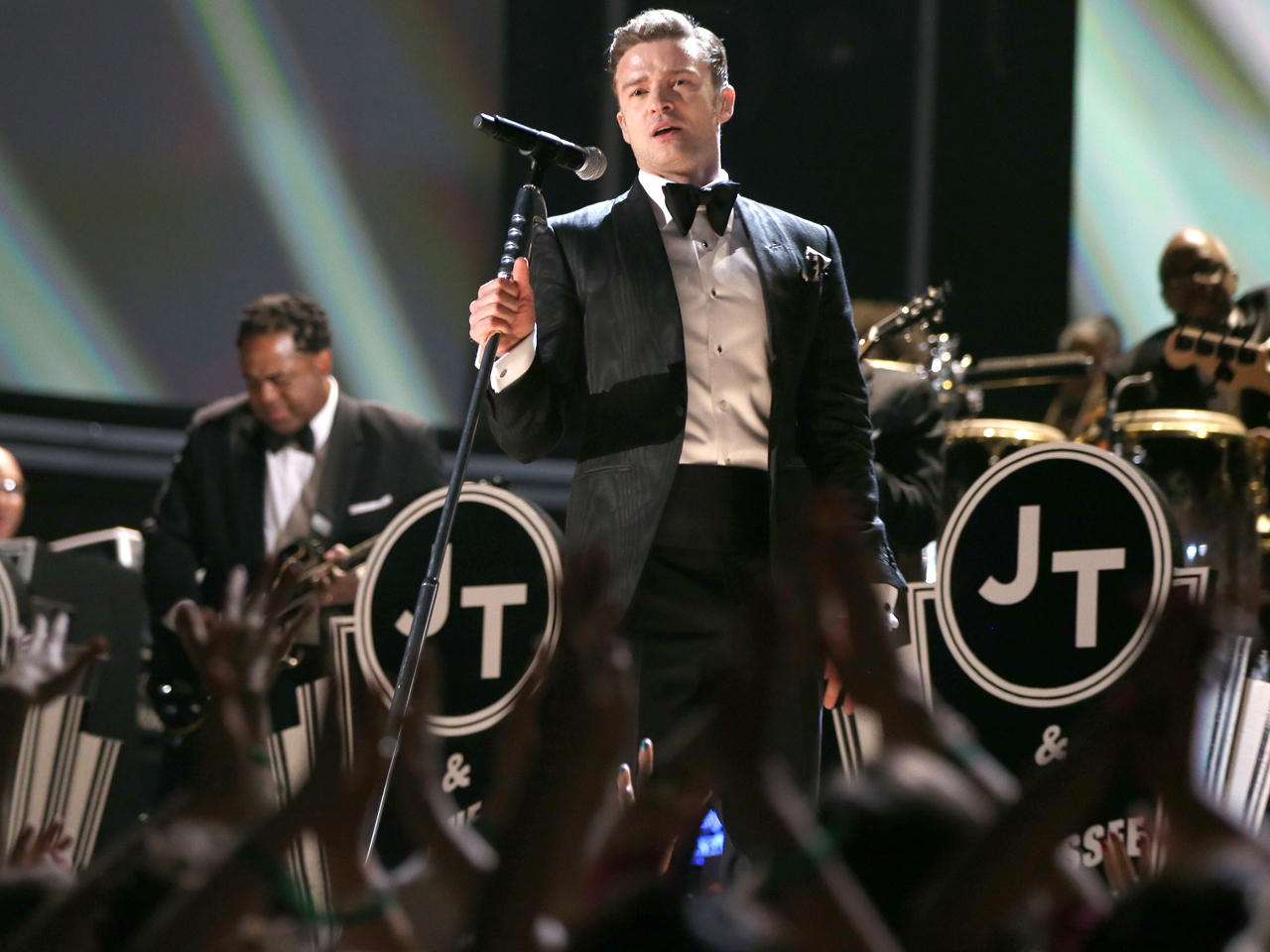 Taylor Swift kicked off the ceremony with an "Alice in Wonderland"-inspired performance of her hit, "We Are Never Ever Getting Back Together."

This year's Grammys featured many interesting pairings, with Elton John and Ed Sheeran dueting on "The A Team." They high-fived after the performance, which took place in the early part of theshow. The duets continued with buzzed-about singer Miguel and Wiz Khalifa teaming up on the Grammy-winning song, "Adorn."

Justin Timberlake made his return to music known by performing two new songs: "Suit & Tie" with Jay-Z and "Pusher Love," part of a performance that was broadcast on television in black and white.

Rihanna took the stage twice, once to perform her song, "Stay," and the second time to sing as part of a tribute to Bob Marley.

Sting and Bruno Mars got audience members on their feet with "Locked Out of Heaven" and The Police's "Walking on the Moon."

Alicia Keys played drums during Maroon 5's "Daylight," and Levine joined the R&B songstress on her song, "Girl on Fire."

One of the evening's winners, Kelly Clarkson, paid tribute to Carole King and the late Patti Page at the ceremony, who were both Lifetime Achievement recipients at this year's Grammys.

Rock and roll entered the Grammys with Jack White's "Love Interruption" and "Freedom at 21," which received a standing ovation from the crowd.

T. Bone Burnett, Mavis, Staples Mumford & Sons and Brittany Howard of Alabama Shakes were among the stars who paid tribute to the late Levon Helm with a version of The Band's "The Weight."

Tell us: Which was your favorite performance?