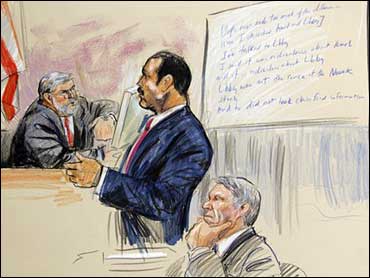 Democratic Sen. Bob Graham of Florida took a major step toward a likely run for the White House on Thursday, filing papers to begin raising money for a full-fledged campaign.

"I intend to be the Democratic nominee for president," Graham said in a statement. "I am the best prepared to lead and the most able to win."

The 66-year-old Graham, who is recovering from heart surgery on Jan. 31, will have to wait for a doctor's clearance before heading out on the campaign trail, aides said. Depending on his health, and his prospects in a crowded Democratic field, Graham will make a formal announcement on pursuing the party's nomination in early April.

The field of Democrats who have either formally announced their candidacy or formed a presidential committee now totals nine with Graham's entry. The lawmaker makes for a formidable candidate based on his 16 years in the Senate, fund-raising ability and Florida background. The state, with 27 electoral votes, is crucial in any presidential run.

"Here's a definitely credible candidate," said Charles Jones, a presidential scholar and professor emeritus at the University of Wisconsin-Madison. "Graham has a number of years in the Senate, with real executive experience as a governor. That's what the Democratic field is lacking."

The low-key Graham was governor of Florida from 1979 to 1987. He recently served as chairman of the Senate Intelligence Committee and has been at the forefront of the debate over the nation's preparedness if there is another terrorist attack.

Jones said Graham "looks like a credible candidate on paper," but it remains to be seen "whether he will be persuasive."

Graham disclosed last week that his heart surgery was more extensive than his office previously reported. Besides having his aortic valve replaced, he underwent a double bypass to remove blockage in his arteries and physicians closed a pinpoint hole between the upper chambers of the heart.

"He is doing very well, getting stronger every day," said spokesman Paul Anderson.

Graham has been calling activists and potential donors to reassure them that he is still interested in running. Florida is a key state for Democratic financial support, and he has been working to keep his potential Florida donors from defecting to other candidates.

"He has been spending the last week on the phone with contributors, interviewing staff, interviewing consultants — doing everything one would do to put a team together to go forward in a candidacy for the presidency," said Buddy Shorstein of Jacksonville, Fla., a longtime friend and political adviser.

Shorstein said he expects Graham to run "if he continues to mend properly — he's taking the month of March to do so — and if he feels like he has the vigor and strength to make a run for the presidency."

Shorstein said the senator hopes to raise $15 million to $20 million, with about half coming from Florida donors.

Graham's staff filed papers on Thursday with the Federal Election Commission in Washington for fund-raising purposes. The senator's daughter and son-in-law, Gwen Graham Logan and Mark Logan, filed papers in Tallahassee, Fla., so he could open a national office in Miami Lakes.