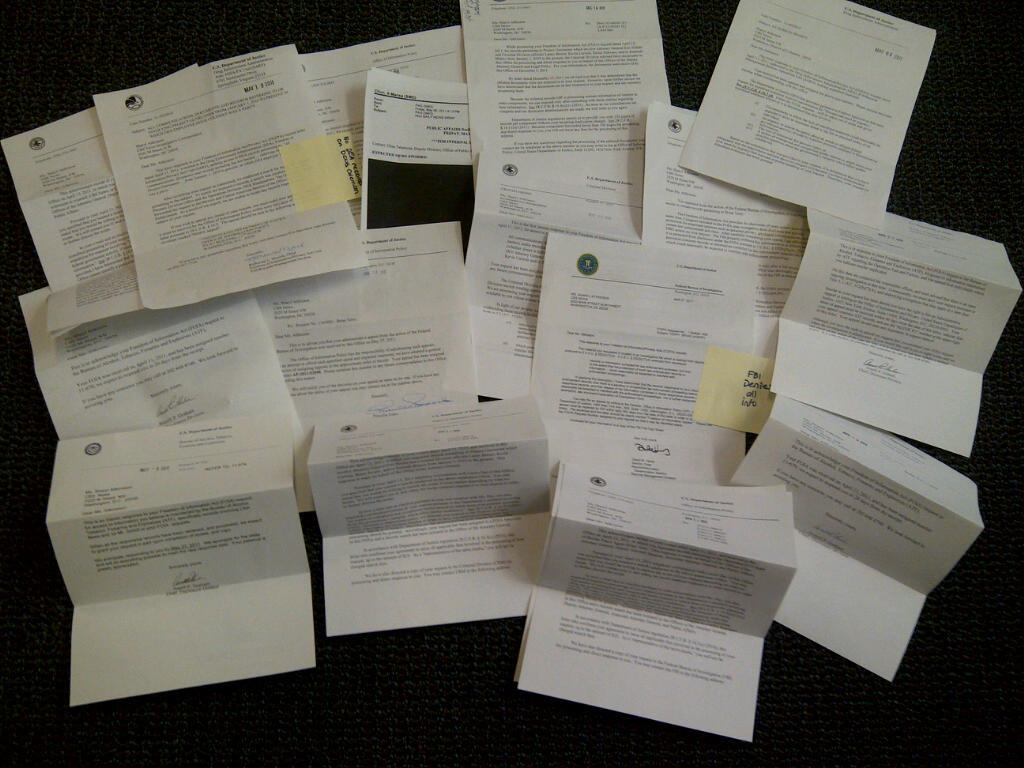 For more than a year, CBS News has been investigating the Bureau of Alcohol Tobacco and Firearms' "Fast and Furious" operation and related cases that also employed the controversial tactic of "gunwalking." With Justice Department officials refusing all interview requests to date, CBS News requested numerous public documents through the Freedom of Information Act.

So far, all of the requests that have been answered have been denied in part or in full.

This week, we received a partial response to a request made more than a year ago. It asked for communications involving "Project Gunrunner," the umbrella program for Fast and Furious, from 2010 through April 2011. Specifically, it sought any communications to which any of the following top Justice officials were a party: Attorney General Eric Holder; Lanny Breuer, Assistant Attorney General for the Criminal Division; Kevin Carwile, chief of the Capital Case Unit; and Deputy Assistant Attorney Generals Bruce Schwarz and Kenneth Blanco.

Federal agencies can legally claim exemptions from the Freedom of Information Act for a number of reasons including attorney-client privilege, law enforcement purposes, and personal privacy. However, they've fallen under sharp criticism from the media and public interest groups in the past decade as a large number of FOIA requests have languished, sometimes for years.

FOIA was originally intended to expedite the release of public materials to the public and media. However, in practice, FOIA requests are often not even marginally effective at obtaining documents for news reporting. To be most effective and helpful, the requests would often need to be filled in a matter of days or at least weeks.

Few requests filed by this reporter are answered within a year. When and if documents are ever produced, they are often heavily redacted and the timeliness of the information relative to the public interest has long since subsided.

Separately the FBI has denied CBS News all information requested regarding the death of Border Patrol Agent Brian Terry. Two Fast and Furious weapons were found at his murder scene in December 2010. The FBI stated that the information was withheld because the murder investigation is ongoing. That investigation has now entered its second year.

CBS News appealed the FBI's denial, arguing that some records had already been made public by FBI to news agencies, that releasing certain parts of its investigative documents would not jeopardize any investigation, and that the FBI should provide, at a minimum, a log of the withheld materials. The appeal was denied. The ATF likewise denied our FOIA request under the basis of "opening investigation."