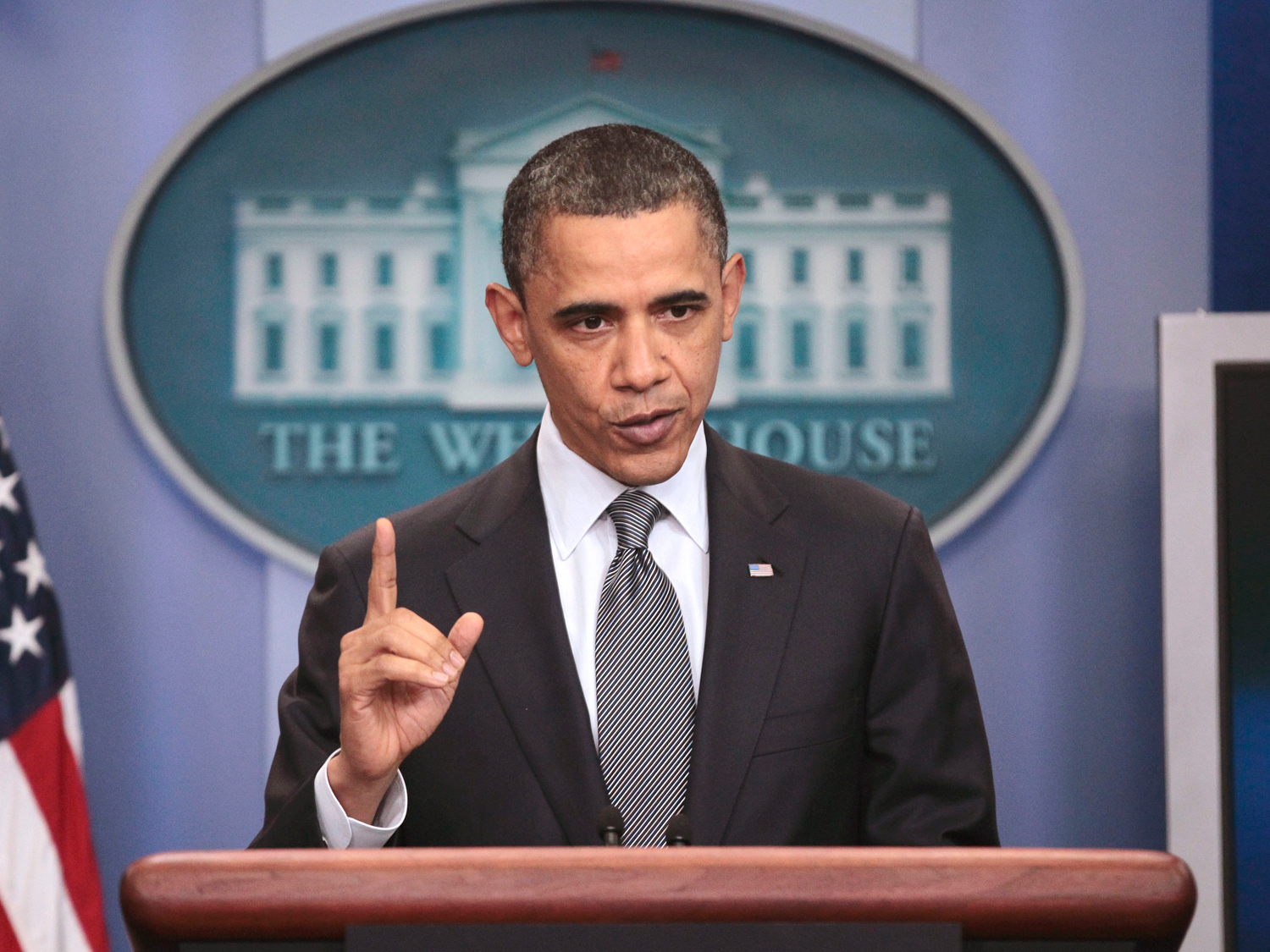 President Obama on Tuesday said Congress was "closer than we have ever been to getting an agreement" on the budget -- but that the question now was  whether "politics or ideology are going to get in the way of preventing a government shutdown."

Boehner on budget meeting with Obama: Good talk, no deal

Speaking in a surprise appearance at the White House press briefing, Mr. Obama called on Congress to work out a deal quickly, and emphasized that "if they can't sort it, out I want them back [at the White House] tomorrow" to continue negotiations.

"There's no reason why we should not get an agreement," Mr. Obama said, of the negotiations.

He emphasized that Democrats had agreed to House Republicans' initial proposed figure for budget cuts, and argued that in light of that fact, "it would be inexcusable for us to not be able to take care of last year's business...when we are this close, simply because of politics."

"As I said before, we have now matched the number that the speaker originally sought," he said. "Speaker Boehner, Chairman Rogers, the Republican Appropriations chairman, their original budget proposed $73 billion in cuts. We have now agreed to $73 billion worth of cuts."

"The only question is whether politics or ideology are going to get in the way of preventing a government shutdown," he said.

The president met this morning with House Speaker John Boehner, Senate Majority Leader Harry Reid, Senate Appropriations Chairman Dan Inouye and House Appropriations Chairman Hal Rogers to continue discussions regarding a potential budget bill. But no deal was reached, and Mr. Boehner signaled that House Republicans would instead rally around another short-term spending measure that would cut an additional $12 billion from the budget.

Mr. Obama said that Reid and Boehner were scheduled to meet at 4:00pm on Tuesday to continue negotiations, as  "the speaker apparently didn't want our team involved in that discussion."

"That's fine. If they can sort it out, then we've got more than enough to do," said Mr. Obama.

But the president vowed that if the meeting did not produce a viable budget compromise, he would work around the clock to guarantee that a government shutdown was averted.

"If that issue does not get resolved and we don't start seeing progress, I want a meeting again tomorrow here at the White House," Mr. Obama told reporters. "I will invite the same folks that we invited today, and if that doesn't work, we'll invite them again the day after that, and I will have my entire team available to work through the details of getting a deal done."

"But right now there's no reason why we should not get this done, and we've got more than enough to do than to be spending our time going back and forth quibbling around the edges on something this important to the American people," he continued.

Mr. Obama also said he would not support another stopgap spending measure unless it was to work out minor details regarding a deal that had already been negotiated.

"We've already done that twice," he said. "That is not a way to run a government. I can't have our agencies making plans based on two-week budgets."

"We are now at the point where there's no excuse to extend this further," he added. "If over the next 24 to 48 hours a deal is done and we just can't get the paperwork through Congress quick enough and they want to do a clean extension for two or three days in order to go ahead and complete a deal, then that's something that we could support."

Mr. Obama emphasized that a shutdown could cause the disruption of vital government services, and called on Congress to "act like grown-ups" and put Americans' interests before scoring political points.

"At a time when the economy is just beginning to grow, where we're just starting to see a pickup in employment, the last thing we need is a disruption that's caused by a government shutdown," Mr. Obama argued.

"I think what the American people expect from me is the same thing that they expect from every member of Congress, and that is that we're looking out for the interests of the American people and not trying to score political points," he said. "I think what they're looking from me is the same thing they're looking from Speaker Boehner and Harry Reid and everybody else, and that is that we act like grown-ups, and when we are in negotiations like this, that everybody gives a little bit, compromises a little bit in order to do the people's business."

He said he did not think Americans were interested in "finger pointing" -- but that they wanted people to "fix the problems and offer solutions."

"We don't have time for games," said Mr. Obama.

"Nobody gets 100 percent of what they want," he added. "And we have more than met the Republicans halfway at this point."

In a press conference on Tuesday, Boehner argued that House Republicans were "not going to allow the White House and Senate to put us between two bad options," but allowed that the larger goal was to avoid a shutdown.

"We want the largest spending cuts possible," said Boehner. "I'll do my negotiating with the White House and Senate. Our goal is to keep government open."