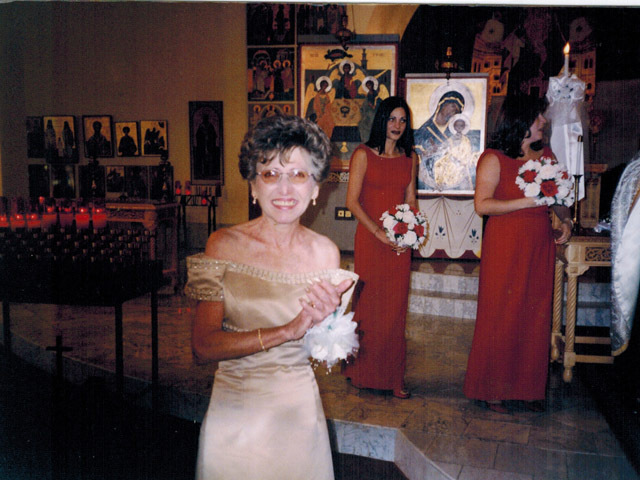 (CBS News) FREEHOLD, N.J. - Abby Boxman knows first-hand the cost of the painkiller addiction spreading across the United States. She lost her mother and a son to the tragic trend the federal government now labels an epidemic.

"I think 'epidemic' may even be an understatement," Boxman said in an interview with CBS News in her suburban New Jersey home. "It's old, young, it's everybody."

Four years ago, her mother, Georgia, was in a tailspin from an addiction to opiod pain relievers that had been prescribed to her for a decade following a hip-injuring fall. She'd never undergone surgery but, she took Percocet and then OxyContin for her chronic pain.

"These are tough narcotics that she was taking," Boxman said. "At a certain point during the day I couldn't speak with her, because it was like she was trashed."

Georgia, 65, a petite five-footer, wasn't eating properly and lost weight. "She ended up getting bacterial infections, and she got thinner and thinner, and her organs started to shut down," Boxman said.

One day her mother's body went into shock, and she suffered a heart attack. After two weeks on life support, Georgia died. She had once conquered alcoholism, but couldn't stop taking the pills.

"She could have picked up a drink, but she didn't, you know? But once those opiates entered her body, it's like they took over," Boxman said.

Like one-quarter of chronic abusers of pain relievers, according to the Office of National Drug Control Policy, Boxman's mother fed her addiction through valid prescriptions from one or more doctors. About two-thirds of pain pill abusers obtain them from a friend of relative, according to ONDCP.

"That means it's coming out of somebody's medicine cabinet," said Gil Kerlikowske, the ONDCP director since the start of the Obama administration, in an interview with CBS News.

To address this problem, ONDCP and the Drug Enforcement Administration on Saturday staged the fourth "National Take Back Day" to collect unused prescription drugs at 5,000 locations around the country. Previous "Take Back" events resulted in the disposal of one million pounds of pills.

In the past decade, as more Americans were prescribed opiods like oxycodone, hyrocodone, and methadone, the number of people dying from drug-induced deaths has climbed. In 2009, the most recent year that complete mortality data is available, there were 39,147 such deaths, surpassing 36,216 traffic fatalities and 31,347 gun wound deaths, according to the Centers for Disease Prevention and Control and the National Center for Health Statistics.

Of those drug-induced deaths, painkiller abuse is now responsible for 15,500 deaths a year, more than the deaths from heroin and cocaine combined, according to ONDCP.

Kerlikowske said, "For every death, there are seven people that go into an emergency department with an overdose of these prescription drugs. So this is not only costing us in tragedy - human tragedy - it's also costing us in dollars."

ONDCP is calling on states to improve prescription monitoring systems that can track how many drug prescriptions a patient is filling or a doctor is writing - both of which can be red flags for abuse. Legislation is also pending in Congress that calls for mandatory doctor education for prescribing pain management medicines like opiods.

Kerlikowske added that many youthful abusers don't see recreational use of prescription drugs as particularly risky.

"It isn't like these kids are going behind a gas station and buying something wrapped in a piece of tin foil, so they don't understand and appreciate the dangerousness," he said.

Boxman's middle son, Justin, may have been in that group. He had smoked marijuana, but Boxman has no idea how he got exposed to pain pills. The football captain at Colts Neck High School, Justin never suffered a serious injury, and no pills were prescribed for him. Yet during his freshman year in college, he got hooked on Oxycontin.

"When I looked into his eyes there was just an emptiness there. It wasn't him. It totally changed him," Boxman said. "My husband and I, we did everything we could to make our son better. We had him in rehabs, we watched him. Were we going to handcuff him to the table so he wouldn't leave the house? We couldn't do that."

After Justin sold his computer and hocked his mother's jewelry for drug money, the Boxmans kicked him out the house. He went to live with his older brother near Atlantic City and got a job in a car dealership. Last year, Justin was in and out of rehabilitation facilities and lived in a halfway house. Last July 4th weekend, with all three boys home, it seemed Justin, then 21, was turning a corner.

But he wasn't. His opiate addiction drove him to heroin; though more potent, it was cheaper than the pills. One July 13, policemen knocked on the Boxman's door to inform them that Justin was found dead from a heroin overdose.

"He shouldn't have died that day. Justin wanted to live," Boxman said. "He had all these dreams, all these expectations of what he wanted out of life. He just wanted to get himself better."

In the past nine months, Boxman started a Monmouth County, New Jersey, chapter of the support group GRASP, Grieving Recovery After a Substance Passing.

Still grieving, Boxman blames the pain relievers for the loss of her son.

"I truly believe in my heart that if he never tried a pill - those pills - that he would still be here today. I really do."