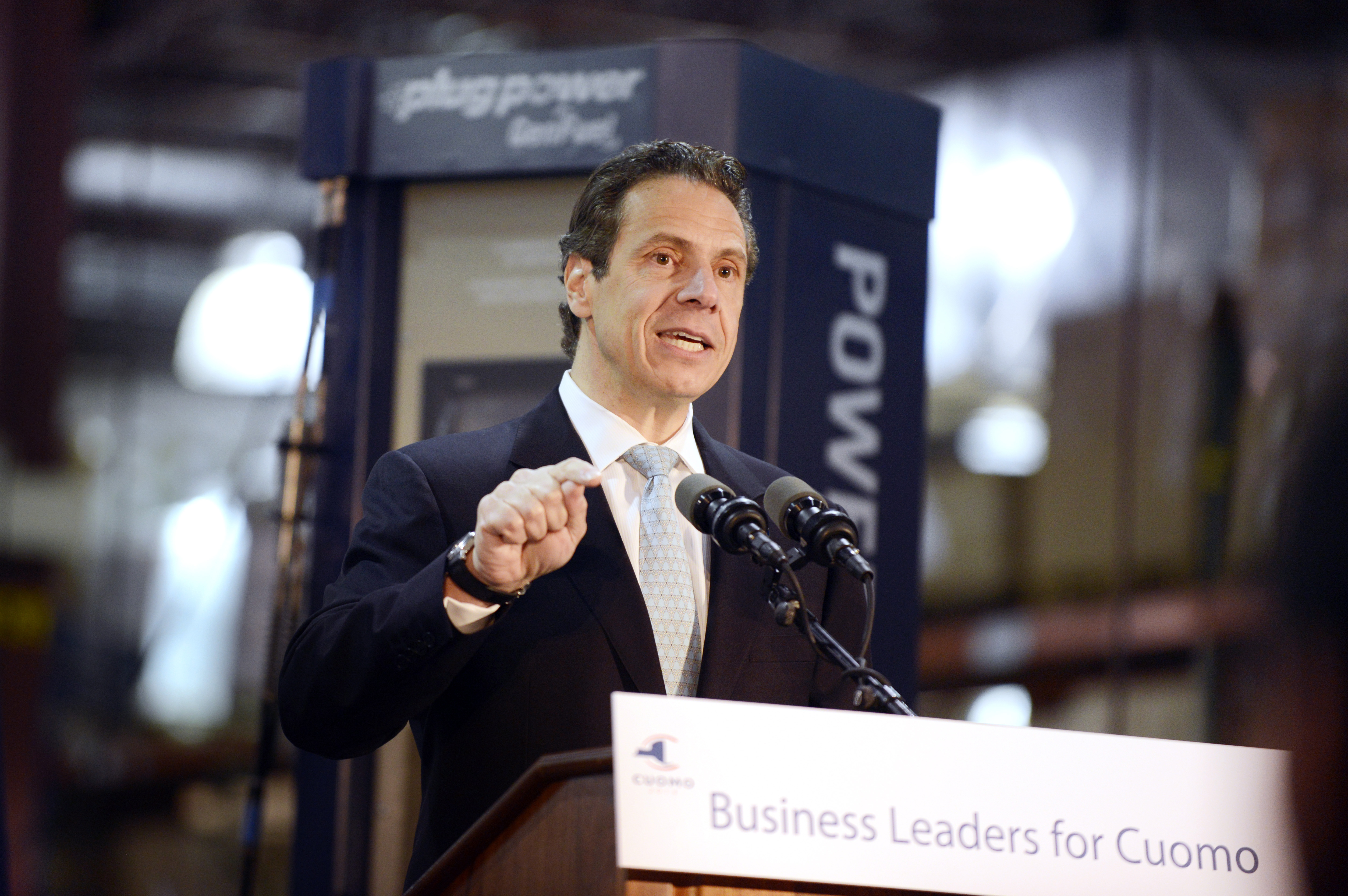 He rose to power as the son of liberal icon and three-time New York Gov. Mario Cuomo, but he endured a humbling collapse in his first run for office and a very public divorce from the daughter of Robert Kennedy.

"I had a blessed youth in many ways. And then my career was doing great. I was in Washington. I was one of the youngest cabinet secretaries. I was in the White House. I was flying around on Air Force One. Everything was great," Cuomo told "CBS This Morning" co-anchor Charlie Rose.

Then one day Cuomo woke up and "all of a sudden everything was terrible," he said.

"It was living my nightmare. I came back, came to New York after a great time in Washington, and I ran for office -- the same office my father held with distinction for 12 years. And it was a disaster," Cuomo said.

Cuomo withdrew from the race.

He covers it all in his new memoir, "All Things Possible: Setbacks and Success in Politics and Life." From his unsuccessful bid for governor in 2002 to his separation from wife Kerry Kennedy a year later, Cuomo documents his rise and fall in politics and life.

In his first national broadcast interview about the book, Cuomo said he didn't want a divorce despite knowing there were problems as many marriages might have.

"You know, denial is a powerful force. And I just literally blotted it out. I was sure that I could fix it. I was always -- up until that point I had always been successful in fixing things. And I was going to fix this," Cuomo said. "And my wife at the time kept saying, 'I want a divorce.' But I just couldn't hear it. And it became real when a reporter said, 'I'm reporting on it. It's going to be in the newspaper.'"

Despite knowing how much time his father spent away from home as a politician, Cuomo wasn't able to avoid the same patterns.

How does he know?

"Because I have spent so much time with my daughters that they say, 'Please, go to work. Please. Don't you have something to do? You're a governor. Can't you please find something to do and leave us alone?'" he said, laughing.

Now running for a second term as governor, Cuomo is re-establishing a family dynasty in New York politics, though he's had to get used to criticism of his leadership style.

Among the complaints: Cuomo micromanages, he should delegate more and he's too hands on.

"You can't have one without the other," Cuomo said. "I plead guilty."

Cuomo believes the reason he's had the success that he has had as governor is because that's who he is.

"I'm not sitting on a beach in the south of France saying, 'Go ahead, guys, you run it. Good luck. I'm a delegator,'" Cuomo said.

Currently, he is addressing the Ebola crisis.

With New York City's John F. Kennedy International Airport being the first in this country to start enhanced screening for Ebola, he said there are two separate problems related to the spread of the virus.

At the same time, he said it's "amazing" how quickly panic can set it with the dialogue about Ebola.

"A little anxiety can be healthy," Cuomo said. "But we have to watch what we say and how we say it because panic is never productive."