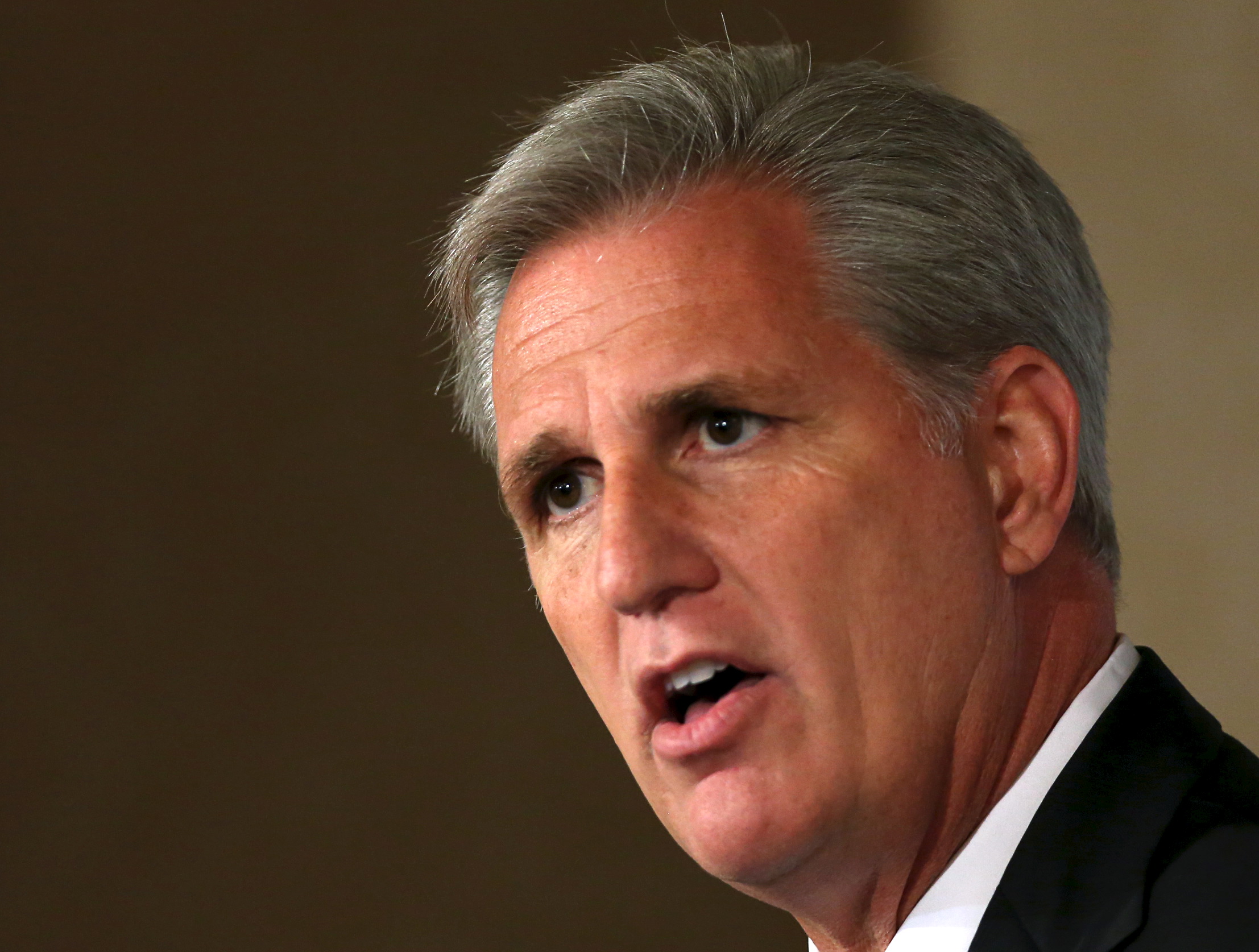 GOP leaders on Thursday rolled out legislation aimed at strengthening a program that allows visa-free travel to the U.S. with partner countries.

After the Nov. 13 terror attacks in Paris, leaders decided to take up the bill, which had passed out of the Homeland Security Committee unanimously in June, and send it to the House floor. It's now scheduled for a vote on Tuesday.

"If you looked at the mastermind behind Paris, he bragged about the freedom of travel throughout Europe and the easiness of it," said House Majority Leader Kevin McCarthy, R-California, who explained Thursday that the bill would address vulnerabilities within the U.S. visa waiver program.

Under the program, about 20 million people from 38 partner countries are permitted to travel to the U.S. each year without a visa. These countries include Belgium, France and the United Kingdom.

The bill would deny visa waiver status to citizens of partner countries who have traveled to terrorist hotspots like Iraq and Syria in the last five years. If any of the 38 countries fail to share counterterrorism information with the U.S., the Department of Homeland Security would be required to terminate that country from the program.

All 38 countries would be required to issue their citizens new fraud-resistant "e-passports" that contain information like fingerprints. The bill would also force all partner countries to submit lost or stolen passport information to INTERPOL, the International Criminal Police Organization.

"For terrorists, travel documents are as good as weapons," Rep. Candice Miller, R-Michigan, who authored the bill, recounted about a warning from the 9/11 commission. "We need to think in those terms."

The bill would also require all 38 countries to check travelers against INTERPOL databases to determine whether they have been wanted by law enforcement for terrorist or criminal activity.

"It's important to understand that no one specifically by this bill is barred from entering the United States," House Judiciary Committee Chairman Bob Goodlatte, R-Virginia, said. Instead, he said it adds an additional security precaution.

McCarthy predicted that the bill will pass next week with bipartisan support.

This comes just days after the White House announced changes the administration would make to the visa waiver program, which fall in line with what the bill in Congress would do.