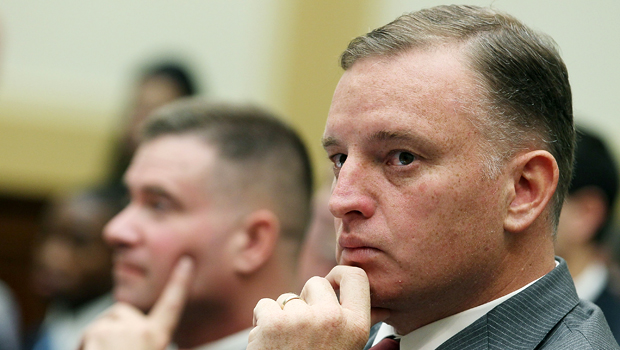 Rep. Tom Rooney, R-Fla., scalded the Obama administration for a “breach of faith” with America’s senior citizens on Saturday, saying the stories of seniors losing access to their longtime doctors belie the president’s pledge that people could keep their doctors under his health care reform law.

“To help pay for his health care law, the president made deep cuts to the successful Medicare Advantage program, which serves nearly 30 percent of all Medicare beneficiaries,” Rooney said in the weekly Republican address on Saturday. “It’s a win-win program that gives seniors more control over their care and delivers better value for both them and the taxpayer. But now, because of the president’s health care law, I'm hearing from seniors in my district who have already lost their doctors.”

“In Florida’s heartland, seniors are now forced to drive an hour or more just to see a primary care doctor, let alone a specialist, and across the country, millions of seniors are now paying more money for fewer choices, less access and far less peace of mind,” the Florida Republican explained. “This goes well beyond a glitch or a pocketbook issue - this is a breach of faith.”

Rooney, who hails from a South Florida district with a large contingent of older Americans, called on the president to “develop a plan” to address the concerns of seniors whose regular doctors are no longer covered under their health plans.

Beyond that patch, Rooney said, “Let's work together to repeal this law so we can focus on better solutions that lower costs for all Americans, especially our parents and grandparents.”

To address the complaints of people who’d lost access to their doctors or encountered difficulty in adding new dependents to their health plan, the administration unveiled an adjustment to Obamacare’s regulations last week that would permit consumers a degree of added flexibility.

The new rules would allow people who’d previously enrolled in a health plan under the law’s insurance exchanges to change their plan, provided they stay with the same insurer and purchase roughly the same level of coverage. A memo distributed to insurers by the Department of Health and Human Services said that consumers could switch to a plan with a “more inclusive provider network” if they were hoping to preserve access to a doctor of their choice.

In his own weekly address on Saturday, the president again called on Congress to hike the federal minimum wage as part of his “opportunity agenda.”

The president touted his recent executive order raising the minimum wage to $10.10 per hour for federal contractors entering into new contracts, but he said more needs to be done.

“To finish the job, Congress needs to act,” he said. “In the year since I first asked Congress to raise the minimum wage, six states have passed laws to raise theirs. More states, cities, counties, and companies are taking steps to join them.  An overwhelming majority of Americans support raising a minimum wage that’s worth about 20 percent less than when Ronald Reagan took office.”

“Right now, there’s a bill in Congress that would boost America’s minimum wage to $10.10 an hour,” he said. “Its effect would lift wages for about 28 million Americans. It would lift millions of Americans out of poverty, and help millions more work their way out of poverty – without requiring a single dollar in new taxes or spending. It will give more businesses more customers with more money to spend – and that means growing the economy for everyone.”