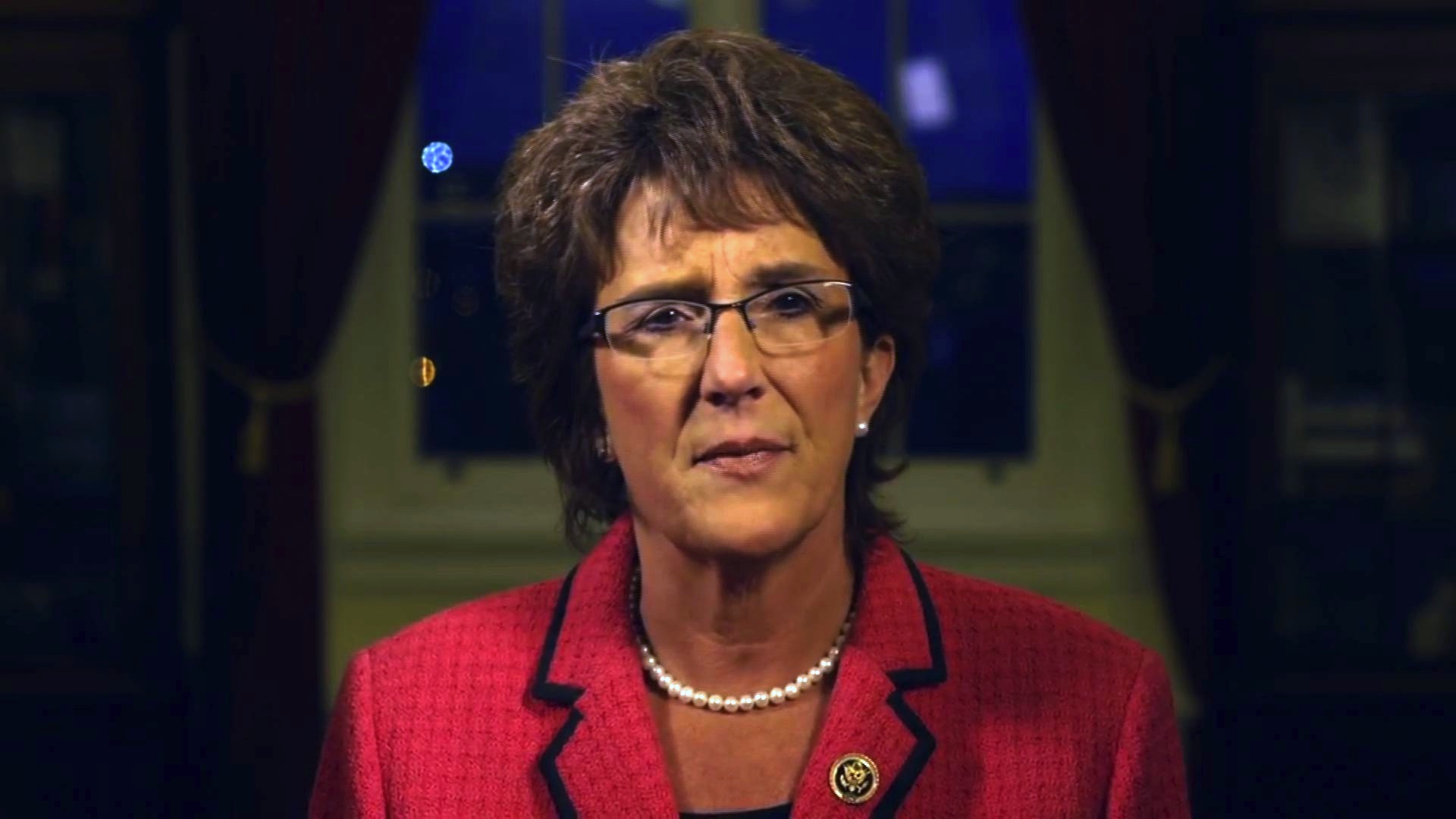 Congressional Republicans are pushing back against President Obama's plan to close the Guantanamo Bay detention facility, denouncing it as just "one more legacy trophy" for the administration.

"There's a reason these terrorists are in Guantanamo. And we should keep them there," Rep. Jackie Walorski, R-Indiana, said in the weekly Republican address video released Saturday. "That's why the people's representatives have repeatedly voted to forbid the transfer of Guantanamo prisoners to American soil."

The Indiana congresswoman was responding to Mr. Obama's announcement earlier this week asking Congress to consider a White House request to shut down the U.S. detention camp in Cuba. The Pentagon formally submitted a plan Tuesday that would transfer approved detainees abroad and move the rest to a facility on U.S. soil.

But in her video, Walorski criticized the president's proposal, slamming it as "not much of a plan at all."

"He doesn't say exactly how much money a new facility would cost taxpayers. He doesn't even say where it would be. The president has had seven years to come up with this alternative plan. The burden is not on the American people to hand him one more legacy trophy," she said. "The burden is on him."

For his part, the president defended his plan earlier this week, saying that there was no added national security threat to holding Guantanamo prisoners in the U.S.

"A lot of the American public are worried about terrorism, and in their mind the notion of having terrorists held in the United States rather than in some distant place can be scary," Mr. Obama said Tuesday. "But part of my message to the American people is we're already holding a bunch of really dangerous terrorists in the United States because we threw the book at them, and there have been no incidents. We've managed it just fine."

In his own video Saturday, the president also sought to reassure Americans about the fight against terrorists abroad, detailing the global coalition involved in combating the Islamic State of Iraq and Syria (ISIS).

"[ISIS] is entrenched, including in urban areas. It uses innocent civilians as human shields. Despite these challenges, I can report that we're making progress," the president said. "And this week, I directed my team to continue accelerating our campaign on all fronts."

He noted that the 66-nation coalition, which includes several Arab partners, are "making more contributions" to the fight.

Addressing the recently brokered cease-fire in Syria, the president acknowledged that there "are plenty of reasons for skepticism" that peace will be maintained.

"Even under the best of circumstances, the violence will not end right away. But everyone knows what needs to happen. All parties must end attacks, including aerial bombardment," Mr. Obama said.

He added, however, that the U.S.would continue to maintain its fight against ISIS: "There will be absolutely no cease-fire in our fight against ISIL," he said, using an acronym for the Islamic State of Iraq and the Levant, another name for ISIS. "We'll remain relentless. Beyond Syria and Iraq, we continue to use the full range of our tools to go after ISIL wherever it tries to take root."