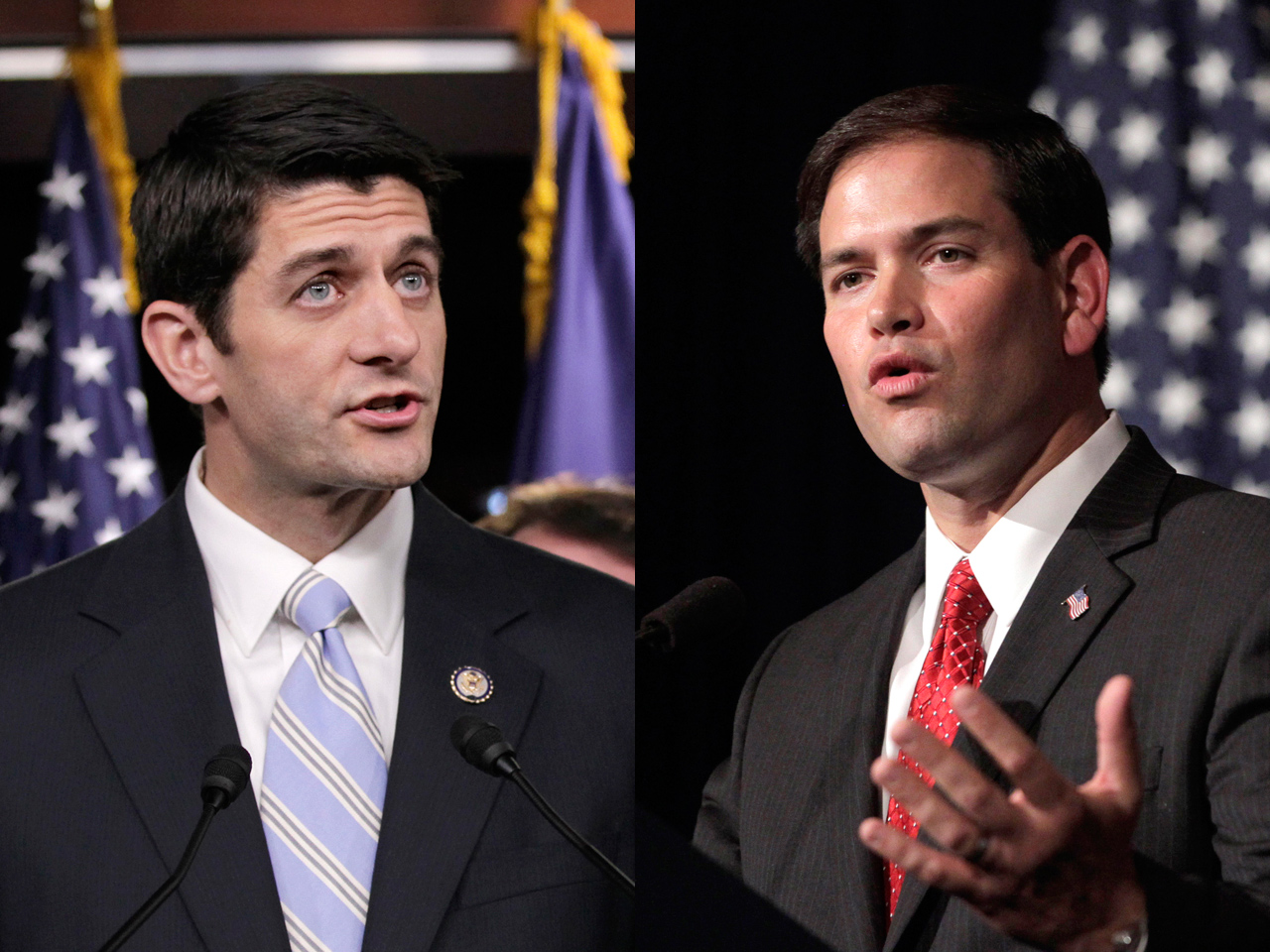 The seemingly endless budget fight is sucking much of the air out of Washington, but another big initiative - immigration reform - is slowly taking shape.

A draft of a comprehensive White House immigration proposal was obtained yesterday by USA Today, and one key Republican senator immediately deemed the president's plan "dead on arrival."

Sen. Marco Rubio, R-Fla., a Hispanic lawmaker involved with a bipartisan group of senators crafting a compromise proposal, said it was a "mistake for the White House to draft immigration legislation without seeking input from Republican members of Congress," calling the proposal "half baked and seriously flawed," and declaring, "If actually proposed, the president's bill would be dead on arrival in Congress."

White House sources tell CBS News Senior White House Correspondent Bill Plante that this was not a planned leak. The sources add that the big concern is that the leak makes it appear that they are trying to get ahead of the Senate negotiations. They say that's not the case - the Senate process is going well and the White House is very much focused on supporting it.

Rubio griped that the bill "does nothing to address guest workers or future flow, which serious immigration experts agree is critical to preventing future influxes of illegal immigrants."

The White House proposal did, however, contain several big items that would be included in any comprehensive reform package. It would provide additional funding for border security and require employers to verify the immigration status of new employees within four years. Crucially, the plan would also allow undocumented immigrants to become legal, permanent residents within eight years and create a new "Lawful Prospective Immigrant" visa to accommodate the interim status of those trekking the path to citizenship.

The White House has defended the leaked proposal, saying it is an incomplete draft that is only being crafted as a fallback option in case the bipartisan talks in Congress "break down."

"We will be prepared with our own plan" if congressional action on the issue stalls, White House Chief of Staff Denis McDonough said today on "Face the Nation."

"There's no evidence that [the group's efforts] have broken down yet," he added. "We're continuing to support that; we're involved in those efforts by providing them technical assistance, providing them ideas. And I hope Republicans and Democrats up there don't get involved in some typical Washington back and forth sideshow here."

Despite the incomplete draft that leaked, McDonough said, any comprehensive immigration proposal endorsed by the White House would contain the four key components President Obama laid out in a speech in Las Vegas several weeks ago: Strengthened border security, an employer verification system to crack down on illegal hiring, a path to citizenship for undocumented immigrants currently living in the United States, and reforms to the legal immigration system.

Rep. Paul Ryan, R-Wisc., called the leaked proposal "counterproductive" on ABC's "This Week" and questioned the president's motives, accusing him of seeking a partisan advantage instead of finding a solution. "Leaking this out does set things in the wrong direction," he said. "By putting these details out without a guest worker program, without addressing future flow, by giving advantage to those who cut in front of the line...that tells us he's looking for a partisan advantage and not a bipartisan solution."

"There are groups in the House and Senate working together to get this done," he said, "and when he does things like this, it makes it much more difficult to do that. And that's why I think this particular move - very counterproductive."

Sen. John McCain, R-Ariz., another lawmaker involved in the bipartisan congressional immigration talks, agreed, saying the leaked plan "raises the question that many of us continue to wonder about: Does the president really want a result, or does he want another cudgel to beat up Republicans?"

McCain complained that the president "has had no communication with Republicans on the issue, unlike the previous four presidents that I've dealt with."

But despite the grousing from congressional Republicans about the leaked proposal, they can't say they didn't see it coming: In his Las Vegas speech, the president made it clear that he would submit his own proposal if Congress proved unable to reach an agreement. "If Congress is unable to move forward in a timely fashion," he said, "I will send up a bill based on my proposal and insist that they vote on it right away."