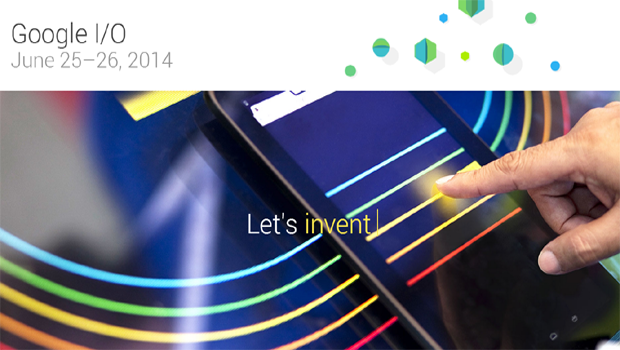 The wait is almost over for Android fans anxious for details about the next big thing in tech.

The 2014 Google I/O developers conference kicks off Wednesday in San Francisco -- and like rival Apple's WWDC, it promises to be one of the most popular developer events of the year.

It is widely expected that the search giant will unveil several new gadgets during this year's I/O. Last year's conference focused more on developers and apps, whereas the 2012 I/O featured new devices such as Nexus 7 and Google Glass.

Many believe Google will focus on the growing market in wearables and health monitoring. Less is known about when the next version of Android will be announced, or when the next generation of Nexus devices will be unveiled. A possible Android TV -- to take on Apple TV and Amazon's Fire TV -- is also mentioned in many reports.

Here are some likely highlights:

Wearables, such as Glass, are expected to be a focus of this year's conference. Google has been making a splash with Glass, especially among health professionals and students. Earlier this month, Google announced new partners for its "Glass at Work" program which includes Wearable Intelligence and Augmedix, two firms that focus on medical applications of Glass.

Google may also give attendees a better idea of when the consumer version of Glass will launch. In development and limited release for the past few years, the search giant has make a notable push for more consumers to try Glass in recent months.

In April, Google held a one-day only sale for Glass that -- despite the $1,500 price tag -- sold out, according to CNET. A month later, it followed up with an open beta version of its Explorer program at the same price point.

If Glass is not your thing, don't worry, other wearables are in the works. In March, Google announced it was releasing a new version of Android for wearables, aptly named Android Wear. At the time, the company also said that many smartphone makers, namely HTC, LG and Asus -- which already use its Android operating system -- were developing Android watches.

Last week, Forbes reported that Google was planning to challenge Apple's newly unveiled HealthKit with the launch of Google Fit. Citing anonymous sources, the report also stated that a wearable device -- perhaps Android Wear -- would be able to measure users' biometric data and aggregate that data with Google's cloud services.

It wouldn't be Google's first attempt at joining the health market; it previously launched Google Health in 2007, before shuttering it in 2012.

There are a number of developer sessions planned in which Google could talk about Fit, notes Forbes. On the first day, there is a session on "wearable computing with Google," one called "designing for wearables," and then an "Android and cloud" session on the second day.

The tech rumor mill has not been as plugged-in about what plans Google may have for its Android operating system. Leaks have been published and retracted, and hard facts about the next version of Android OS have been few and between.

The excited reaction of some Googlers and Android fans about the possible (though highly unlikely, notes CNET) leak of a Nexus 6 image via Twitter suggests that they are ready for an update.

Less than a week after Amazon launched its Fire TV in April, rumors began swirling about Google's plans for Android TV. According to documents obtained by The Verge, Google envisions it as "an entertainment interface, not a computing platform." Disputing earlier Gigaom reports that it would be a rebranding of the failed Google TV, The Verge reported that the new set top box will be different than Google TV, allowing for movies, shows, apps and games.

This would not be the search giant's first (or even second) time taking a crack at taking over the living room. In addition to Google TV, Google unveiled the $35 Chromecast last year that allows users to stream videos from Hulu, Netflix and the Google Play store on a TV via a tablet, mobile device or Chrome browser.

The inexpensive HDMI dongle has won a lot of praise from users based on the price. However, developers have been slow to create apps for Chromecast. That may soon be changing, hints the list of developer sessions at I/O, which includes a session called "Making Google Cast apps discoverable."