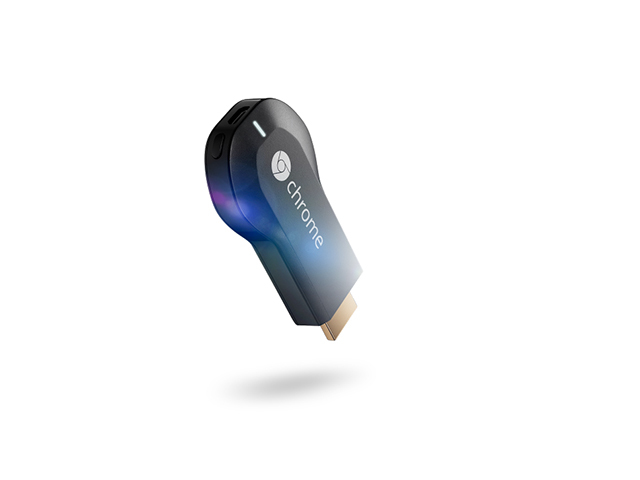 (MoneyWatch) By now, you've almost certainly heard of Google's Chromecast, an inexpensive wireless transmitter that connects almost any device to the HDMI port on your television or monitor. Designed as an entertainment device, Chromecast streams content like Netflix and YouTube -- as long as it appears in a Chrome browser, you can watch it on the big screen.

That sounds great for home entertainment, but as Tom Bradley points out in PC World, the Chromecast also has some surprising potential as a business tool.

If you're not familiar with this new gadget, here's how it works in a nutshell. It's about the size of a typical USB memory gadget and plugs into your display's HDMI port. Any Chrome-capable device can connect to it wirelessly, which includes phones, tablets and laptops. Anything you see in a Chrome browser can be displayed on the screen. But Chromecast doesn't stream video from your device to the TV -- instead, it grabs that content from the Internet cloud.

As a consequence, you can use Chromecast not just to watch movies from Netflix, but also to display documents from Google Drive, as well as Gmail and other online apps and services. You can even display native Microsoft documents by converting them to HTML or by opening them in Office Web Apps in Chrome.

Is this the most comprehensive solution for projecting business documents on the big screen? No, clearly not -- an ordinary projector is a more comprehensive solution because it can display anything and isn't beholden to Chrome. But Chromecast is portable, easy to use, and costs just $35, which is less than your petty cash account's rounding error. It's one of those too-cheap-and-handy-not-to-buy purchases and can be a lifesaver when traveling.