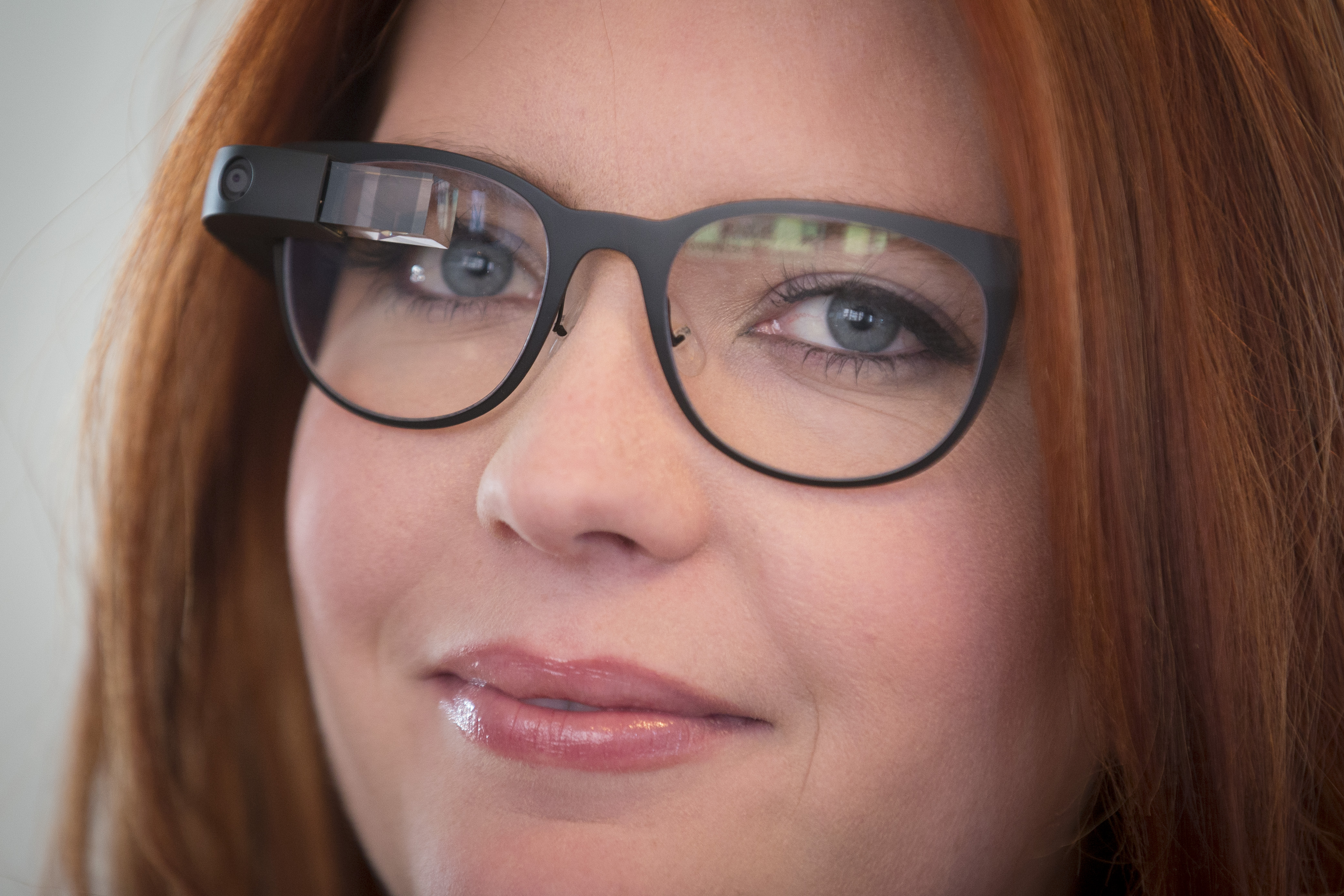 Google Glass is getting glasses.

Google is adding prescription frames and new styles of detachable sunglasses to its computerized, Internet-connected goggles known as Glass.

The move comes as Google Inc. prepares to make Glass available to the general population later this year. Currently, Glass is available only to the tens of thousands of people who are testing and creating apps for it.

Glass hasn't actually had glasses in its frame until now.
Glass is basically a small computer, with a camera and a display screen above the wearer's right eye. The device sits roughly at eyebrow level, higher than where eyeglasses would go.
It lets wearers surf the Web, ask for directions and take photos or videos. Akin to wearing a smartphone without having to hold it in your hands, Glass also lets people read their email, share photos on Twitter and Facebook, translate phrases while traveling or partake in video chats. Glass follows some basic voice commands, spoken after the worlds "OK, Glass."

The gadget itself is not changing with this announcement. Rather, Google plans to make various attachments available. Starting Tuesday, the Mountain View, Calif., company is offering four styles of prescription frames and two new types of shades available to its "explorers" - the people who are trying out Glass. The frames will cost $225 and the shades, $150. That's on top of the $1,500 price of Glass.

Isabelle Olsson, the lead designer for Google Glass, says the new frames open the spectacles up to a larger audience.

She demonstrated the new frames to The Associated Press last week at the Google Glass Basecamp, an airy loft on the eighth floor of New York City's Chelsea Market. It's one of the places where Glass users go to pick up their wares and learn how to use them. Walking in, visitors are greeted, of course, by a receptionist wearing Google Glass.

"We want as many people as possible to wear it," she said.
To that end, Glass's designers picked four basic but distinct frame styles. On one end is a chunky "bold" style that stands out. On the other is a "thin" design - to blend in as much as possible.
Olsson said Google won't be able to compete with the thousands of styles offered at typical eyeglasses stores. Instead, Glass's designers looked at what types of glasses are most popular, what people wear the most and, importantly, what they look good in.

The latter has been a constant challenge for the nascent wearable technology industry, especially for something like Google Glass, designed to be worn on your face. When Google unveiled Glass in a video nearly two years ago, it drew unfavorable comparisons to Bluetooth headsets, the trademarks of the fashion-ignorant technophile.

In designing Google Glass, Olsson and her team focused on three design principles with the goal of creating something that people want to wear. These were lightness, simplicity and scalability. That last one means having different options available for different people - just as there are different styles of headphones, from in-ear buds to huge aviator-style monstrosities.

"People need to be able to choose," Olsson said. "These products need to be lifestyle products."

A Spin Aboard The 'Vomit Comet'

How to tell if your Facebook has been hacked