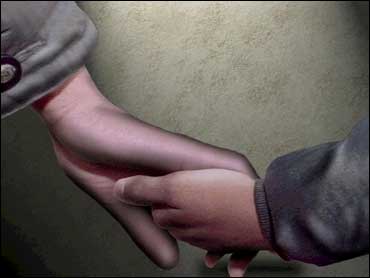 Growing up poor has insidious effects on kids' mental abilities, beginning when they are very young. But there is new evidence that parents living in poverty can improve their children's chances for a better life by changing how they relate to them at home.

Researchers at the University of Oregon studied a unique counseling strategy in a small group of poor families enrolled in a federal Head Start program in Oregon. They looked at measures of thinking skills in young children before and after parents had special counseling.

One of the researchers, Courtney Stevens, PhD, presented early results from the study today at the annual meeting of the American Association for the Advancement of Science in Boston.

Fourteen children aged 3-5 were tested on language ability and attention, and they had brain scans before their parents began the counseling. Another 14 children had the same tests, but their parents did not receive any special counseling.

Once a week for eight weeks, parents of the experimental group went to sessions where they learned good parenting practices, like keeping consistent routines at home and how to discipline children in constructive ways.

The parents learned to introduce "predictability where there were power struggles," Stevens says, and they were coached on how to converse with kids, "allowing the child a chance to contribute to and direct that communication experience."

Afterward, when researchers retested the children, those whose parents had counseling scored markedly better on tests of memory, language ability, attention and IQ compared with the group whose parents didn't do anything differently. The parents who participated also noted much less stress at home and fewer problems with their children's behavior.

It has been known for a long time that living in poverty damages children's intellectual abilities. Scientists have recently begun to understand why. It's not because of money per se, and it's most certainly not a matter of being somehow inferior; it's the effect of unending stress and lack of proper social support.

At a critical time in early childhood when the brain is developing, stress inhibits the formation of connections between brain cells and restricts blood flow to the brain. "It literally disrupts brain architecture," says Jack Shonkoff, MD, a child development expert at Harvard University.

There are three kinds of stress, Shonkoff says: Good stress, which keeps life interesting; "tolerable" stress, which can be very upsetting but which doesn't cause lasting damage; and "toxic" stress. The difference between toxic and tolerable depends on how long the stress lasts and whether or not a person has good social support.

Conditions that produce toxic stress are most common in poverty - chronic fear and instability together with too little trust in other people - but it can exist in all income brackets.

The systems in a child's forming brain most vulnerable to toxic stress are those involved with language and attention. These things are not hard-wired by genes. A child develops verbal abilities and concentration in early childhood, and this development is highly influenced by the child's experiences. Bad experiences harm development, but by the same token, "it has potential to be enhanced," Stevens says.

Jeanne Brooks-Gunn, PhD, co-director of the Institute for Child and Family Policy at Columbia University in New York City, says the most helpful ways to even the odds for poor kids are preschool education and efforts to improve parenting practices. She says the policy institute she leads has "very specific recommendations on parenting practices," which agree with what the Oregon researchers taught.

Shonkoff argues that the importance of programs to aid poor children and their parents can't be underestimated because the effects last a lifetime. "The earlier we intervene, the better," Shonkoff says.

"We don't have a simple recipe" for good parenting, Stevens says, but the methods parents learned in the study were well founded in scientific research, and families benefited not long after beginning to try them.
By Martin Downs
Reviewed by Louise Chang
© 2008 WebMD, Inc. All rights reserved