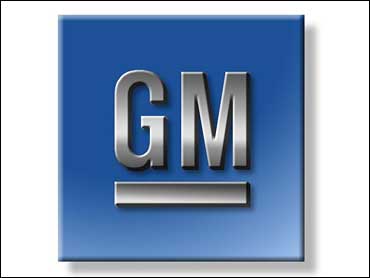 General Motors Corp. is increasing its previously-reported loss for 2005 by $2 billion as the world's largest auto maker gets a truer picture of the costs of bailing out its former parts-making unit and revamping its loss-riddled North American operations.

GM said in a release after the market close Thursday that it now estimates it lost about $10.6 billion last year from its earlier preliminary report of a loss of $8.6 billion.

It expects to increase the charge for its exposure relating to Delphi Corp.'s Chapter 11 bankruptcy case to $3.6 billion from the previous estimate of $2.3 billion.

Additionally, GM will boost its North American restructuring charge to $1.7 billion from the previously reported $1.3 billion to cover higher expected costs for plants the company aims to close by the end of 2008.

The previous charge included cash payments that would be made to affected employees during the current labor agreement, while the revised charge considers GM's estimate of costs it expects to pay after the contract expires in September 2007.

The biggest portion of the change, $1.3 billion for costs related to Delphi, was increased after GM "refined the range" of its potential liability for Delphi employees' compensation, GM spokesman Jerry Dubrowski said.

"We've got better information" than was available when Delphi filed for bankruptcy Oct. 8, he said.

The change "reflects developments in the discussions with Delphi" and the United Auto Workers union on a comprehensive agreement, the company said in a statement.

Detroit-based GM is attempting to negotiate a revised labor agreement with Delphi and the UAW to help Delphi's hourly workers. The Troy-based supplier has asked the UAW and other unions to agree to pay cuts of more than 60 percent for its 34,000 unionized hourly workers. The unions have refused.

GM has entered that fray because it relies heavily on Delphi for parts and says it could be contractually liable for up to $12 billion in benefits promised to Delphi workers. As part of its 1999 spinoff of Delphi, GM guaranteed some pension and post-retirement costs in the event of bankruptcy by the supplier.

Delphi is threatening to ask a bankruptcy court judge to cancel its labor contracts on March 31 if it hasn't reached a deal to cut its labor costs. If the judge cancels Delphi's contracts, the UAW has said it will strike. .Another Delphi union, the IUE-CWA division of the Communications Workers, has been holding strike-authorization votes at its locals. Workers from plants in Alabama, Mississippi and Ohio have agreed to strike if necessary.

Dubrowski declined to comment on the status of GM's negotiations with Delphi and the UAW.

The goodwill impairment charge relates mainly to GMAC's commercial finance operating segment. Previously, GM reported but did not recognize these charges in its 2005 financial statements because the goodwill was deemed recoverable. GM decided to recognize the $439 million charge for the fourth quarter of 2005 after an internal review of accounting standards and consultation with its outside auditors.

GM said it also would report restated earnings from 2001 through the first quarter if 2005 to correct supplier credits that had been booked in the wrong period. The automaker originally announced the restatement plans Nov. 10, driving GM shares to their lowest level in 13 years.

Himanshu Patel, an analyst with JPMorgan Chase & Co., said at the time that the market had overreacted, and that GM's restatement didn't indicate a broad pattern of deceitful accounting.

The automaker's U.S. sales increased 1 percent in the first two months of this year, although GM earlier Thursday announced a cash incentive program for vehicles that have gone unsold for as long as four months.

GM said it will delay filing its 2005 annual report, but still expects to do so this month.