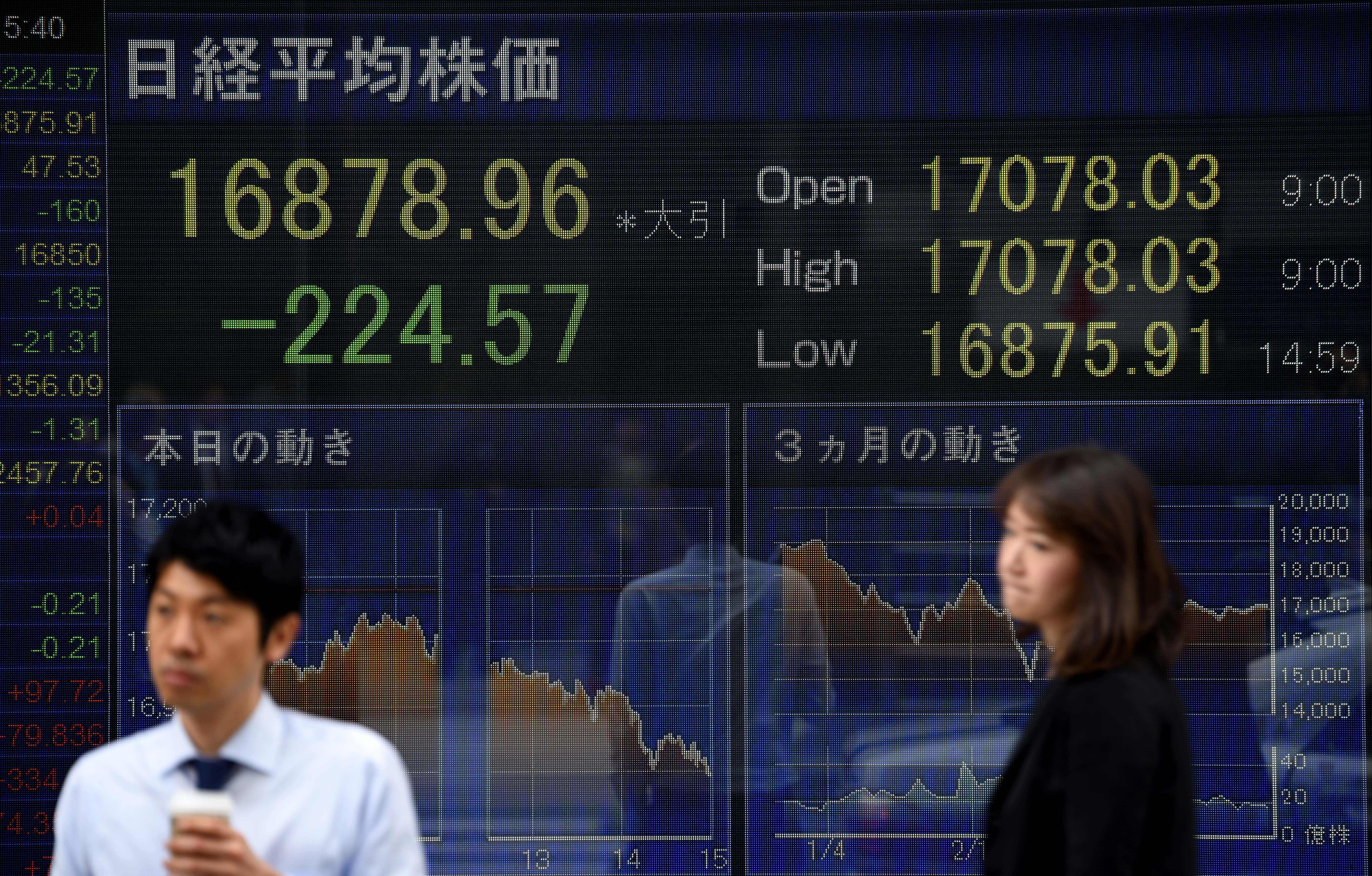 Softer growth prospects for China and a weak recovery in major industrial economies are expected to push down economic growth in developing Asia to 5.7 percent in 2016 and 2017, below previous projections, according to an Asian Development Bank report released Wednesday. The region's economy grew 5.9 percent in 2015. The Asian Development Outlook 2016 said China's economic growth is seen moderating to 6.5 percent this year from 6.9 percent last year and to 6.3 percent next year. Slower exports, a falling labor supply and supply-side reforms are reshaping the world's second-largest economy toward more domestic consumption and a further reduction in excess industrial capacity, it said.

"September is now the only date the markets are pricing with a better than 50 percent probability of a (U.S.) rate hike," said IG market analyst Angus Nicholson. "A weaker U.S. dollar not only benefits the dollar-denominated price of many commodities, which are a key export for most emerging markets, but it also lowers the burden of U.S. dollar-denominated debt in a range of emerging markets."