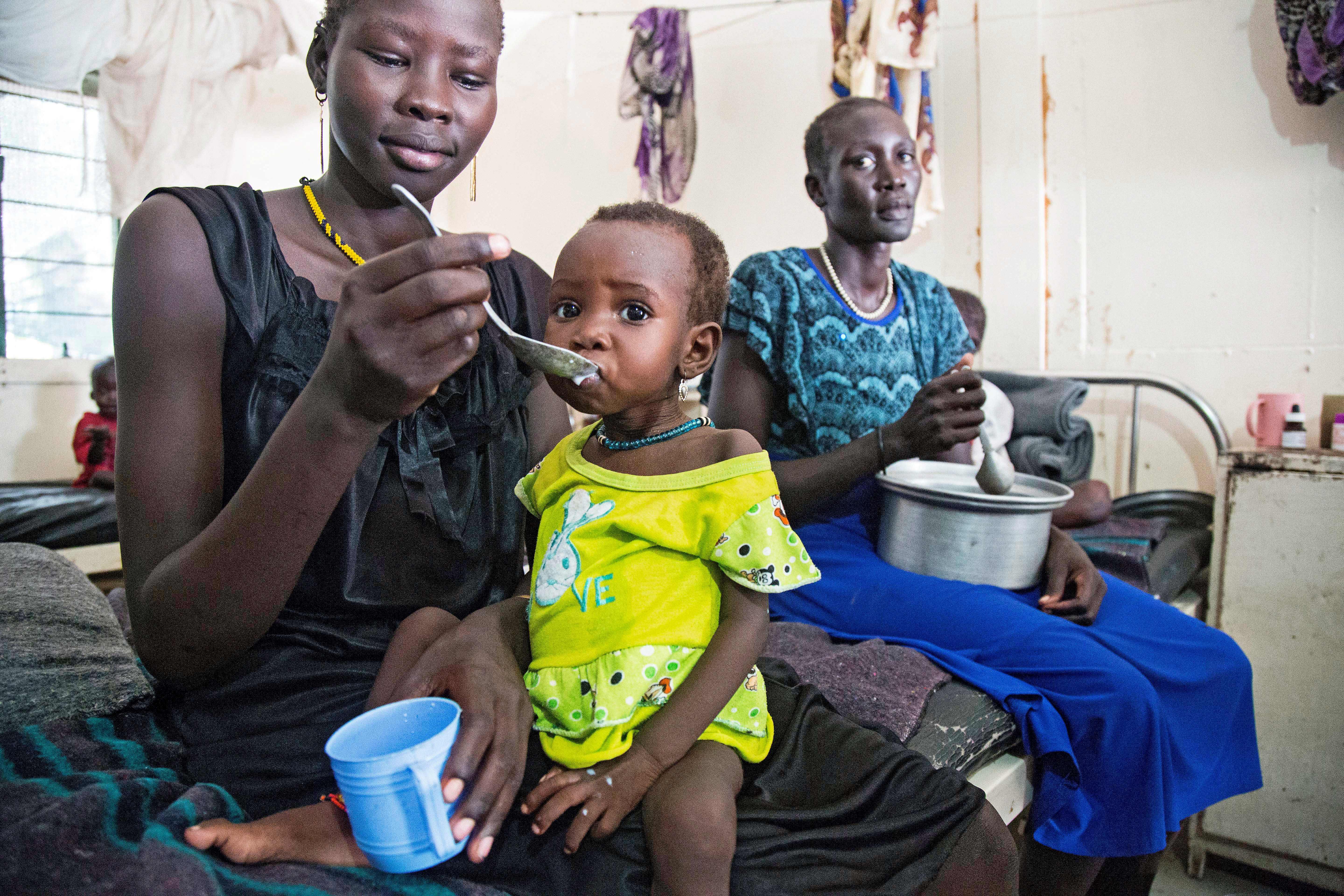 Global hunger is once again on the rise, reversing some of the progress made over the last decade of steady decline, according to a new report from the World Health Organization (WHO).

In 2016, an estimated 815 million people across the world were undernourished, amounting to about 11 percent of the global population. That number is up 38 million from 2015.

Children are particularly vulnerable to the effects of malnutrition. The report found that 155 million kids under the age of 5 are too short for their age. Another 52 million suffer from wasting, meaning their weight is too low for their height.

The report cites wars and climate change as factors driving the crisis.

"Over the past decade, conflicts have risen dramatically in number and become more complex and intractable in nature," the authors wrote.

More than half of those suffering from hunger live in countries torn apart by ongoing armed conflict, including South Sudan, Nigeria, Somalia and Yemen. Some of the highest proportions of malnourished children in the world are concentrated in zones of conflict.

"This has set off alarm bells we cannot afford to ignore: we will not end hunger and all forms of malnutrition by 2030 unless we address all the factors that undermine food security and nutrition. Securing peaceful and inclusive societies is a necessary condition to that end," the authors wrote.

Food insecurity – defined as a situation when people lack adequate amounts of food necessary for normal growth and an active, healthy life – and malnutrition are also exacerbated by the effects of climate change, such as the increasing severity of extreme storms, droughts and floods, which can interfere with crops and food distribution.

The scarcity and desperation that accompany these natural disasters can further deepen existing conflicts and lead to continued deterioration of the crisis, the researchers say, fueling a vicious cycle of greater human suffering.

Even in more peaceful regions not affected by conflict, droughts and floods linked to the recent weather phenomenon El Niño have contributed to a rise in food security and malnutrition.

The WHO report is the first U.N. global assessment on food security and nutrition to following last year's announcement of its goal to end hunger and all forms of malnutrition by 2030 as a top international policy priority.

The report also makes note of another concerning health trend, the doubling of obesity rates worldwide since 1980. Nearly 41 million children are now overweight. While it may seem odd for both obesity and malnutrition to be on the rise, the report says the two problems are actually interrelated.

"Food insecurity and obesity often co-exist – even in the same household. When resources for food become scarce, and people's means to access nutritious food diminish, they often rely on less-healthy, more energy-dense food choices that can lead to overweight and obesity," the authors write.

"Ending hunger and all forms of malnutrition is an ambitious goal, but it is one we strongly believe can be reached if we strengthen our common efforts and work to tackle the underlying causes that leave so many people food insecure, jeopardizing their lives, futures, and the futures of their societies," the authors write.