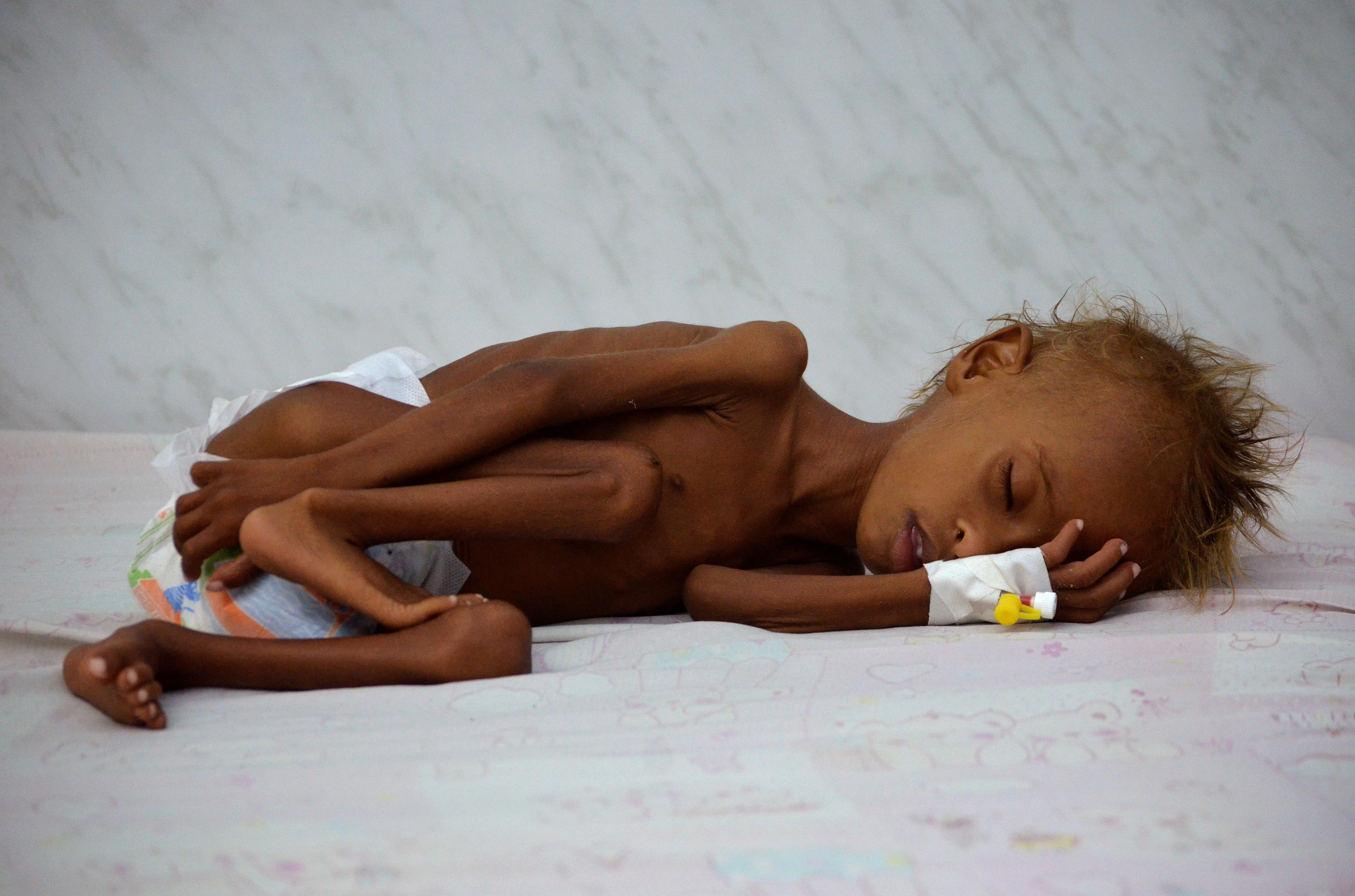 UNITED NATIONS -- The cholera epidemic raging across war-torn Yemen -- already the worst outbreak of the disease in the world -- grew dramatically worse over the past month, United Nations officials warned the Security Council on Wednesday.

The United Nations has sounded alarm bells before, but few as dramatic as humanitarian relief coordinator Stephen O'Brien's warning that "millions of Yemeni civilians -- women, children and men -- continue to be exposed to unfathomable pain and suffering" due to famine and the cholera epidemic.

Yemen, a large and impoverished country located at the southern tip of the Arabian Peninsula, has been engulfed in civil war for almost three years. The battle is between Iranian-backed Shiite Muslim rebels, known as Houthis, and the internationally recognized government of President Abed-Rabbo Mansour Hadi. The U.S. government has backed a controversially aggressive Saudi Arabia-led offensive against the Houthis.

In addition to the thousands of deaths blamed on the fighting, the war has left Yemen in chaos. The simultaneous power vacuum and crippling of Yemen's already-weak health and security infrastructures have enabled al Qaeda and ISIS affiliates to operate, albeit under threat of U.S. airstrike, and unleashed a tsunami of starvation and disease.

"Nearly 16 million people do not have access to adequate water, sanitation and hygiene, and more than 320,000 suspected cholera cases have been reported," O'Brien, the Under-Secretary-General for Humanitarian Affairs and Emergency Relief Coordinator, told the Council, appearing even more worried than last week, when he first released some of the figures on the dire situation.

With relief agencies unable to deliver aid amid regular airstrikes and fighting on the ground, O'Brien said seven million people -- including 2.3 million malnourished children under the age of five -- are on the "cusp of famine."

"The international community must do more," he said, "We should all feel deeply guilty… This cholera scandal is entirely manmade by the conflicting parties and those beyond Yemen's borders who are leading, supplying, fighting and perpetuating the fear and fighting."

An International Committee of the Red Cross report published this week documents more than 300,000 suspected cases of cholera in Yemen, where only 45 percent of hospitals are functioning. The U.N. children's protection agency UNICEF says kids are the most vulnerable in the cholera outbreak.

Alon Ben-Meir, professor of international relations at the Center for Global Affairs at New York University, has called for Security Council action to focus on negotiating a ceasefire deal.

China's Ambassador Liu Jieyi, as the President of the Security Council for the month of July, read a statement agreed to by the Council, saying the members support a "political solution as the only way to end the conflict in Yemen."

"The Council members do see eye to eye with each other on the gravity of the situation," Liu said.

The Secretary-General's Special Envoy for Yemen, Ismail Ould Cheikh Ahmed, who leaves for Cairo on Thursday to encourage negotiation between the fighting parties, told the Council before his trip that the humanitarian situation in Yemen is "appalling."

"The people are suffering from war, hunger and cholera, which has spread further during the last few weeks," he said on Wednesday, "History will not judge kindly those who have used the war to increase their influence or profit."