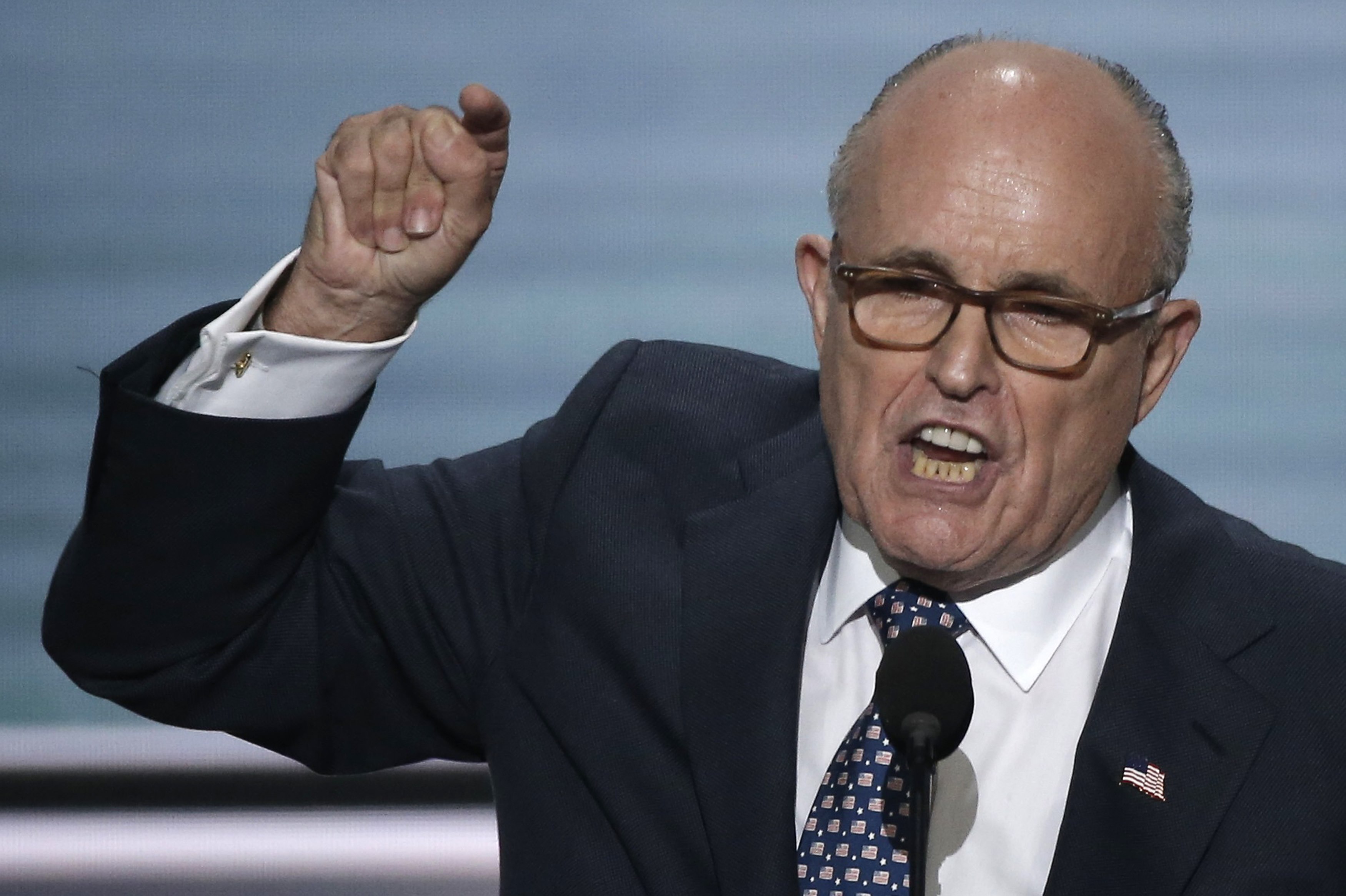 President Trump's attorney Rudy Giuliani unleashed on Chicago mayor and former Obama chief of staff Rahm Emanuel for a weekend of tragic violence that gripped the city after at least 34 people were shot over a 24-hour period.

"Chicago murders are a direct result of one party Democratic rule for decades," Giuliani tweeted on Monday. He praised Chicago's former police superintendent Garry McCarthy referring to him as "Jerry") who is running against Emanuel for mayor next February as a "policing genius" saying he could do for Chicago "what I did for NYC."  Giuliani credited McCarthy for being an "architect" of the NYPD's CompStat program that helps to track crimes, allowing for police to better allocate their resources to high-crime areas.

Emanuel fired McCarthy back in 2015 after a backlash over his handling of the shooting death of black teen Laquan McDonald, who was shot more than a dozen times by a white police officer.

Giuliani later incorrectly tweeted that there had been "63 murders" over the weekend in Chicago, and, misspelling Emanuel's name, he said the Democratic Chicago mayor's legacy has left "more murders in his city than ever before."  According to the Associated Press, police say that in all, at least 11 people were fatally killed and about 70 others were wounded.

"It's only because of Democrat brain washing that he has even a chance of remaining. Support police professional Garry McCarthy," Giuliani added.

But according to The Chicago Tribune's crime team analysis, since Monday, 1,785 people have been shot this year -- which is 480 fewer than last year. These shooting deaths are largely classified as homicides -- not murders (i.e., legally unjustified killings) -- as Giuliani claimed. Chicago's murder rates also dropped significantly last year, dropping from 771 in 2016 to 650 in 2017, according to local affiliate CBS Chicago.

Police Superintendent Eddie T. Johnson told reporters at a press conference on Monday that the weekend shootings were "not random" and instead were fueled by gang conflicts in the city. Johnson supported Emanuel's work being done to curb crime, saying that he's made "significant investments" in creating job opportunities and safer communities for some of Chicago's "most challenged neighborhoods."

Johnson meanwhile called on Illinois' governor Bruce Rauner, a Republican, to sign legislation that would make it "more difficult for habitual armed offenders to obtain weapons."

"We need everyone to come to the table with less talk and more action," he added.

At that same press conference, an emotional Emanuel acknlowedged that there's still much more work to be done in Chicago's neighborhoods.

"All of us know this is not Chicago what we saw, all of us who love this city and call it home have a responsibility to heal our neighborhoods," said Emanuel flanked by Chicago police officials. He added, "There is a shortage of values about what is right and what is wrong."

Asked about criticism about his leadership during what has been a violent summer , Emanuel told reporters "I will take my responsibility on the moral component, and I'll take also where I have fallen short." He noted however, that the larger issue of gun violence is not solved by "pointing one finger at one person."