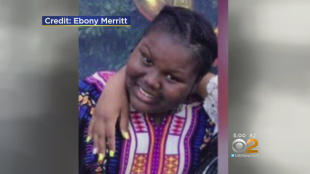 NEW YORK — What was supposed to be a fun sleepover at a friend's apartment turned terrifying when an 11-year-old girl was attacked by another girl, reports CBS New York.

Police say Jamoneisha Merritt was sleeping Monday night when a 12-year-old girl at the sleepover intentionally poured boiling water on her, causing severe burns to her face, neck, back and shoulders.

"Her and her friend got into an argument and (the suspect) told her if she go to sleep they were going to do something to her," the victim's cousin, Yolanda Richardson, told CBS New York.

The victim woke up screaming in agony and was rushed to a hospital, her aunt, Lawrene Merritt, said.

"We're trying to keep her spirits up, talking to her," Lawrene Merritt said about the girl, who is still under the care of a New York City hospital.

Prosecutors are considering felony charges against the suspect, according to Jamoneisha Merritt's family, who say the Jamoneisha is in high spirits, though she has not been made aware of the extent of the damage to her face and neck.